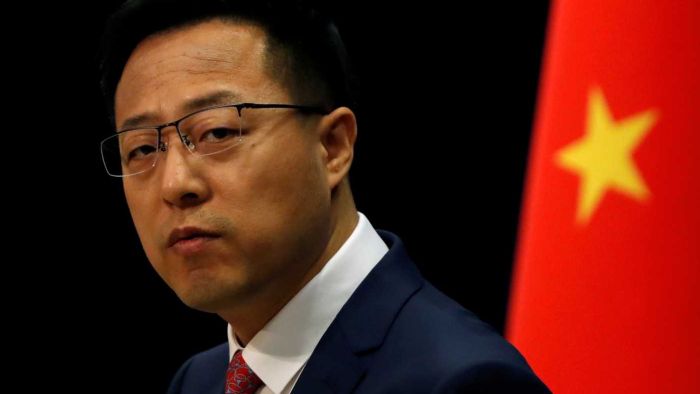 The Papua New Guinea Government has disputed a claim by China that it is assisting the nation with a supply of COVID-19 vaccines, despite a contradicting statement from a Beijing Government official.

Key points:Acting Foreign Minister Rainbo Paita said the “possibility of introducing vaccines” was still subject to formal discussionsMr Paita said one of a Chinese Foreign Ministry spokesman’s tweets was taken out of contextLast year, PNG’s announced it would be investing in a local company for the development of an unknown COVID-19 treatment

“China has decided to assist PNG with a batch of vaccines to help PNG defeat the epidemic completely,” Mr Zhao tweeted.

“[Mr] Paita said that a friend in need is a friend indeed. PNG sincerely thanks China for its vaccine assistance.”

However, Mr Paita told the ABC that PNG had made no such agreement.

“I did not commit the Government whatsoever,” Mr Paita said.

“I said that we were aware of China’s assistance to some of the countries in the world for those vaccines. But I said we had our own internal processes.

“It’s a lot of process and protocols [behind] how we want to deal with this pandemic … [or whether we would consider] going down the path of trying to accept any vaccines or support coming from other countries as well.”

Mr Paita said that the “possibility of introducing vaccines” in the PNG was still subject to formal discussions between the Government, cabinet and other national stakeholders such as the pharmaceutical and medical boards.

Mr Paita also said Mr Zhao’s tweet quoting him saying “a friend in need is a friend indeed”, was out of context.

Mr Paita told the ABC that PNG has made no agreements with China regarding a coronavirus vaccine.(Facebook: Hon. Rainbo Paita MP)

He said it was made in the context of the Chinese Government offering their help to fight the coronavirus pandemic when PNG was first hit with active cases.

“As much as I respect the assistance, it was [also] given to other countries,” Mr Paita said.

“I only said that we appreciate China’s assistance, just the same as we appreciate other development partners and our bilateral partners or other countries where we have strong relationships with.”

Last year, PNG Prime Minister James Marape announced the Government will be investing millions of dollars to a local company for the development of an unknown COVID-19 treatment.

Despite some backlash, Mr Marape defended the decision and said there was nothing “illegal or improper” about the Government’s engagement with the newly founded Niugini BioMed.

The company said it was “highly confident” that it had discovered a new treatment for COVID-19 after “scanning and analysing” 30,000 drugs from around the world.

The Australian Government has had growing concerns over Beijing’s interests in the Pacific.

According to leaked documents seen by the ABC, a Chinese company has put forward a multi-billion-dollar plan to build a new city on the PNG island of Daru, which sits on the nation’s sea border, 200 kilometres from the Australian mainland.

The proposal for the New Daru City includes an industrial zone, seaport, business and commercial zone over a 100-square-kilometre area.

Could PNG become a failed state?

Countries with pre-existing conditions — poverty, limited healthcare, ineffective or corrupt governments — are fragile, and COVID-19 is threatening to push them to the brink of survival, writes Melissa Clarke.

It has sparked concerns within Australia regarding fishing stocks and national security since a memorandum of understanding to potentially build a fisheries park was signed last year under China’s Belt and Road initiative.

In a statement, the Department of Foreign Affairs and Trade said Australia was “engaging with the PNG Government in relation to speculative reports regarding a proposal for a “new city” and fishery-industrial park on Daru Island.

“In both cases we are raising the full range of Australian interests, including fisheries, environmental issues and livelihoods of traditional inhabitants in the Torres Strait,” the statement said.

“Supporting Western Province is a focus for the Australian Government and we are working with the provincial and national Government to support sustainable and meaningful development that benefits its people.”

Prime Minister Scott Morrison said Australia was “not competing with anyone” in the Pacific.

“We would be spending $200 million across the Pacific to support their vaccination rollout and programs and as you know, we have been able to secure 150 million doses, which puts us in a very strong position off our own resource to be able to support those vaccinations,” Mr Morrison said.

“I want to make sure that, particularly in the Pacific and developing countries of our region, that they get the best dose … That’s very important.”

Don't Miss it Bill Gates Warned Us About Covid-19 in 2015, Now He is Predicting Two More Disasters
Up Next How China Beat Covid-19 and Revived Its Economy