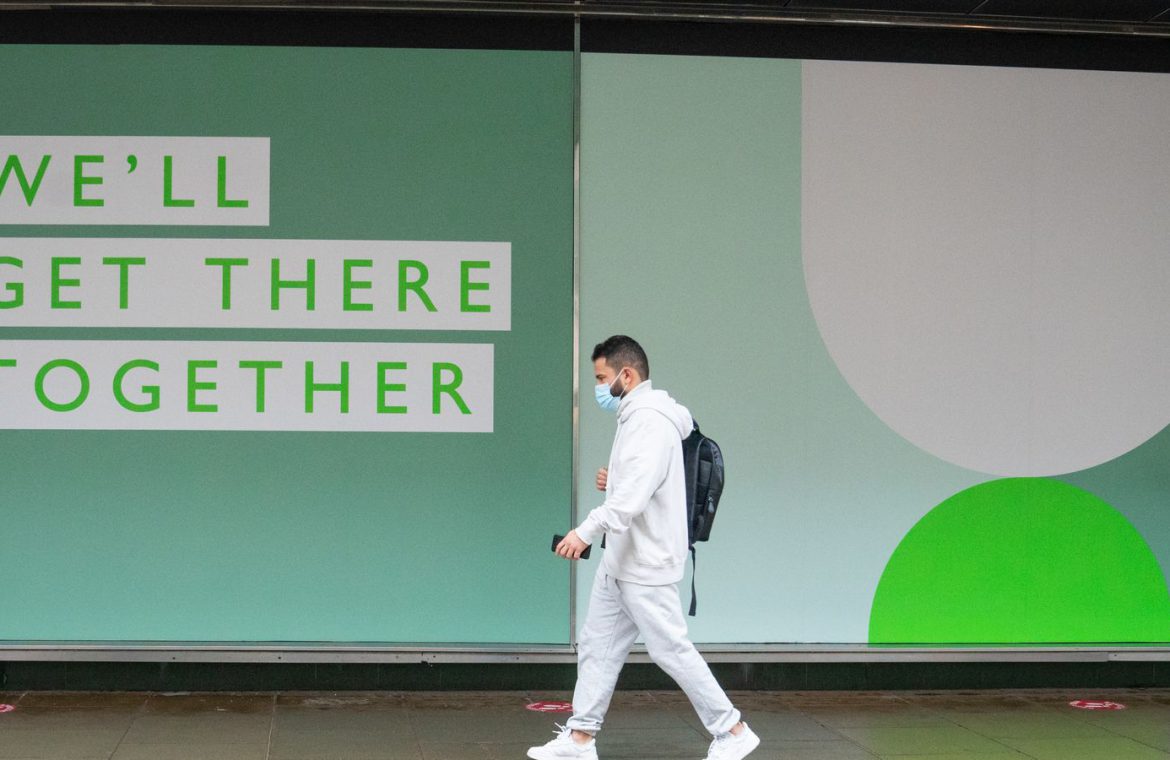 Rapid tests will be offered to workplaces with more than 50 employees in an effort to control the COVID-19 pandemic.

The lateral flow tests can produce results in less then 30 minutes but were previously only available to firms with more than 250 staff.

Officials said the move is an effort to “normalise” testing in the workplace and ensure the safety of those who cannot work from home.

Health Secretary Matt Hancock said: “Employers should regularly test their staff, and this drive across government to raise awareness and encourage more businesses to introduce rapid testing for employees is incredibly important.

“When you consider that around one in three people have the virus without symptoms and could potentially infect people without even knowing it, it becomes clear why focusing testing on those without symptoms is so essential.

“We are already working with many employers to scale up workforce testing, spanning the food industry, retail sector, transport network, and across the public sector too.

“I strongly urge businesses and employees across the country to take up this offer of rapid testing to help stop this virus spreading further.”

Some 112 organisations have signed up to take part in mass testing so far, with employees being tested at 500 sites, according to government figures.

But unions warned that rapid tests were “not the magic bullet” and called for them to be followed up with “confirmatory testing”, citing that Public Health England found examples of missed asymptomatic positive cases during the mass testing pilot in Liverpool last year.

Dan Shears, GMB union’s health, safety and environment director, said: “Everyone wants to ensure that infectious workers keep away from the workplace, but this means getting the introduction of testing right – with confirmatory testing to avoid false negatives and crucially ensuring that all protective measures to reduce transmission are implemented to the maximum.”

The Sunday Telegraph went a step further in saying that workers could also be vaccinated at workplaces once those on the nine priority lists have received their jabs.

On Saturday it was reported that 11,465,210 people have received a first vaccine dose.

Government figures also showed that another 828 people had died within 28 days of testing positive for the virus, down from the 1,014 reported on Friday.

Another 18,262 cases were reported on Saturday.

England’s GPs will be paid an additional £10 for every housebound patient they vaccinate against COVID-19, in recognition of the extra time and complexity involved in vaccinating those confined to their homes.

The funding will also apply to vaccinations already delivered to those who are housebound.

More than 1,000 GP services are part of the NHS vaccination programme, alongside over 250 hospital hubs and nearly 200 services run by high street pharmacies.

Meanwhile, AstraZeneca said it believed its COVID-19 vaccine developed with the University of Oxford could protect against severe disease caused by the South African variant of the virus.

The company confirmed that early data from a small trial, reported by the Financial Times, had shown limited
efficacy for the vaccine against mild disease primarily due to this variant.

“We do believe our vaccine could protect against severe disease, as neutralising antibody activity is equivalent to that of other COVID-19 vaccines that have demonstrated activity against more severe disease, particularly when the dosing interval is optimised to 8-12 weeks,” a spokesman said in a statement.

It has also been reported that the government plans to tax retailers and tech companies that have done well during the pandemic.

The Sunday Times cited leaked emails as saying that companies had been summoned by government to discuss the plans, which could see a one-off “excessive profits tax”.

The plans are unlikely to be ready in time for next month’s budget announcement and are instead expected in the second half of the year.

Over three nights Sky News will host a series of special programmes examining the UK’s response to the pandemic.