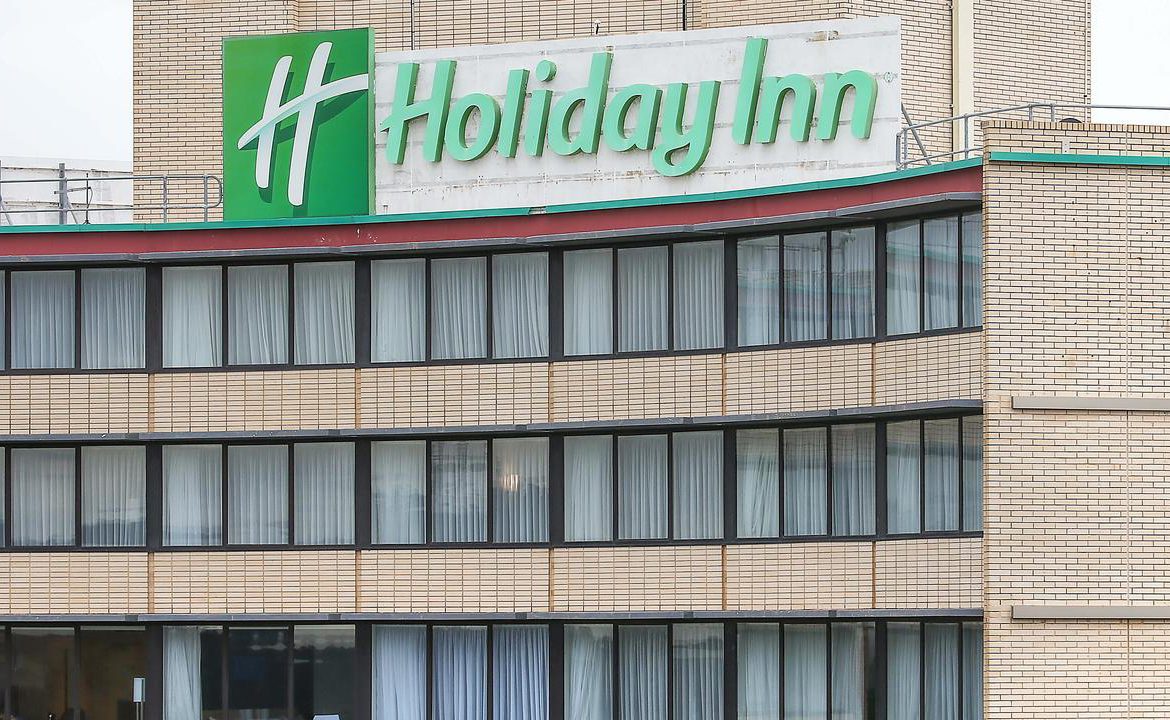 A full public health response is underway after a second hotel quarantine worker tested positive for coronavirus on Sunday.

A second hotel quarantine worker has tested positive for coronavirus in Victoria, sparking a late-night emergency response from the state’s health team.

The female authorised officer was working at the Holiday Inn at Melbourne Airport and tested positive for COVID-19 late yesterday.

It came after she had tested negative on Thursday before leaving work.

She returned on Sunday for her morning shift and later developed symptoms and was tested again.

Late yesterday night, the Department of Health sent out a public alert, but said the woman was still being interviewed.

At that stage, three potential exposure sites had been determined.

These were Marciano’s Cakes in Maidstone, Dan Murphy’s in Sunshine and Off Ya Tree Watergardens in Taylors Lakes. Authorities were working to get in touch with primary contacts.

“The individual is being interviewed and a full public health response is underway,” a department statement said.

“We are contacting Holiday Inn Airport workers and others who are considered primary close contacts.

“They are required to immediately isolate, get tested and remain isolated for 14 days.”

The new case comes four days after a 26-year-old Noble Park man who was working at the Grand Hyatt for the Australian Open quarantine program tested positive.

The state’s return-to-work plans ­remain “paused” and wearing of masks indoors is likely to continue for at least a week.

Health Minister Martin Foley on Sunday said Victoria had reached the “halfway mark” in its battle to contain the latest hotel quarantine outbreak, hours before the new case was discovered.

The number of close household contacts of the Grand Hyatt worker grew from 17 to 21 people, all had been tested and remained in quarantine, however no positive results had yet been received. Another 1151 close primary contacts of the man remained in isolation.

COVID-19 commander Jeroen Weimar said it would take two weeks from the first positive case before authorities considered relaxing mask rules and restrictions on gatherings, which is now likely to be impacted by the new case.

Meanwhile Mr Foley defended the decision to allow 30,000 spectators to attend the Australian Open from Monday despite return-to-work plans being stalled.

“The advice from the public health team is pretty clear,” he said. “Events that are outdoors, events that are in highly regulated environments, are able to be done safely.”

While he appreciated the frustrations of businesses that expected to have 75 per cent of workers return to the office from last Monday, he said this was simply a “pause”. This was preferable to measures that “might put staying safe and staying open at risk”.

Health authorities in New South Wales issued an alert on Sunday night after a returned traveller tested positive for coronavirus two days after being released from hotel quarantine.

The person from Wollongong tested negative twice during their hotel stay but returned the positive result on ‘day 16’.

The infected person’s close contacts were on Sunday night self-isolating.

Authorities released a list of four locations the person had visited, including a Wollongong cafe.

It came as the state on Sunday marked 21 days with no community transmission.

The day 16 test is not mandatory but strongly recommended as an enhanced measure to protect the community, NSW Health said.

Victoria has in the past had cases where people have tested negative during their two-week hotel quarantine but later returned positive results.

Victoria is looking to test travellers for coronavirus two days after they are released from hotel quarantine, as part of new measures to stave off the more infectious UK strain.

Health Minister Martin Foley said he was working with his interstate counterparts to introduce the “day-16 test”.

It comes as the first of 230 more Defence Force personnel arrive as early as this morning — almost doubling the number of troops — to bolster Victoria’s quarantine program as it grows to 22 hotels.

But the state government said it was “disappointed” the ADF had refused to monitor floors in hotels housing residents without coronavirus, but with “complex care” needs.

“This deployment will support the increase in Victoria’s cap of international travellers but it will not assist in reducing the impact of hotel quarantine on use of Victoria Police resources, as the ADF have again declined requests to assist with floor monitoring in hotel quarantine,” a spokeswoman said.

He said the incubation periods of these “particularly wildly infectious new mutant varieties” changed all the time.

It is understood the proposal will be put to the Australia Health Protection Principal Committee, which will discuss whether to make the test mandatory or recommended.

“Of course, all the states have to co-operate very closely in this matter,” he said. “People who quarantine in Victoria return home to NSW and vice versa, so we’re working co-operatively with NSW to make sure that people who are released are aware of that 16-day new obligation to get tested.”