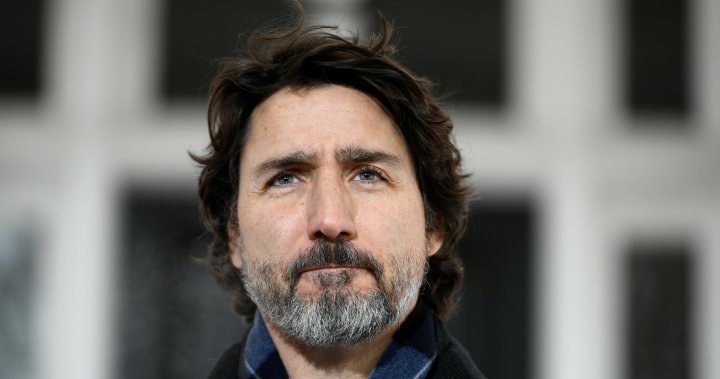 Senior political staffers from Prime Minister Justin Trudeau’s office and the office of another federal Liberal cabinet minister privately discussed how to withhold information from Canadians about the government’s response to the COVID-19 crisis last June, newly released emails show.

The correspondence details part of what was going on behind the scenes as Liberal staffers prepared for announcements and anticipated public scrutiny and criticism. It also suggests that the government was concerned about its ability to procure desperately needed supplies and wanted to ensure as much flexibility as possible.

In one email exchange, a senior staffer from the Prime Minister’s Office said the government could be held accountable for announcements about billions of dollars in public spending if it provided too many details.

“Would say that there are several factors that we may want to consider with respect to the level of detail for the announcement,” wrote a senior policy director for Prime Minister Justin Trudeau in an email sent on June 4 to a Trudeau speechwriter.

“A detailed announcement [would] mean that the government could be held accountable to show that funds were spent exactly as announced (reducing flexibility to move money across buckets if necessary).”

The email goes on to detail a more generic approach to the wording of the announcement, which related to the government’s purchase of roughly $4-billion worth of medical and personal protective supplies, including N95 masks, medical gowns, gloves and “vital ICU equipment.”

According to the email, the more generic approach to the announcement was recommended by the Privy Council Office, which is made up of Canada’s top bureaucrats who work closely with the Prime Minister’s Office to implement government policy.

In public statements made the following day, Trudeau talked about the government’s efforts to secure personal protective and medical supplies, such as masks, ventilators, syringes and face shields, but he did not mention the $4-billion in spending discussed privately in the emails by his staffers and the Privy Council Office.

Trudeau has also spoken publicly about the importance of transparency and accountability with respect to COVID-19 spending. During a press conference at Rideau Cottage on March 27, 2020, he said it was important that Canadians knew “exactly” what the government was doing.

“We know that transparency around the investments we’re making to support Canadians is important not just from a democratic and parliamentary principle, but it’s also important in terms of giving confidence to Canadians that this government will be there for them while they do what is necessary to keep themselves, their families, their neighbours safe and ensure we can come out of this stronger than ever before,” Trudeau said.

In response to questions about the June emails, a spokesperson for the prime minister said specific details about medical supply purchases were, and continue to be, shared with Canadians, adding that not every speech given by the prime minister includes a specific dollar amount.

He also said the email sent by Trudeau’s senior policy advisor was written by the non-partisan public service at the Privy Council Office and was simply passed on to the speechwriter to help prepare for the prime minister’s remarks the following day.

“Throughout this entire pandemic, we have continued to share information on the specific costings of programs and purchases — including personal protective equipment and medical supplies — once they are finalized and once that information would not impact the government’s ability to procure these lifesaving supplies to help keep Canadians safe,” wrote Trudeau spokesperson Alex Wellstead.

Another series of emails from senior political staffers who work for Public Services and Procurement Minister Anita Anand reveals how the government delayed the release of statistics about the quantity of personal protective equipment received by Canada, including N95 masks.

The emails show that senior staffers within Anand’s office decided to delay the regularly scheduled release of information to coincide with a public update held by the minister the following week.

A senior staffer proposed delaying the release of information by several days so that when it was released the next week the number of masks received would hopefully be higher.

“There are Saintek and Sanical N95s on flights as we speak and through the weekend,” the staffer wrote in a June 25 email.

“What if we were to hold the chart until Tuesday and release it with the Minister’s next update? (And hope for a few more N95s in the meantime)”

Anand’s director of communications, James Fitz-Morris, replied to the email, saying the plan was “crazy enough it might just work…”

“If journos ask where it is — we can say that [Saint Jean Baptiste] Day delayed some reporting — so we are holding to early next week. Which also has the benefit of being mostly true!” Fitz-Morris wrote.

The word “journos” is a colloquial term for journalists.

In a response to questions about these emails, Fitz-Morris, who is a former journalist, confirmed the release of the information in question was delayed by several days. However, he said the information was disclosed to the public.

Fitz-Morris also said the “chart” referred to in the emails is the publicly-available information on Public Services and Procurement Canada’s (PSPC) website that details the amount of personal protective and medical equipment received by the federal government during the pandemic.

Fitz-Morris said the reason for the delay was because the department had questions concerning testing results for certain N95 masks received that could affect how they were categorized on the chart. Because PSPC’s offices are in Quebec, the Saint Jean Baptiste holiday on June 24 meant the department had not yet received answers to these questions.

The decision to delay the release of the information was, therefore, made to make sure the statistics were accurate and reflected the most up-to-date information, he said. This also gave minister Anand an opportunity to respond to questions from journalists.

“Quite the opposite of seeking to withhold or obscure information, we were making sure the due diligence had been carried out so that when we did release this update on June 30th, the numbers accurately represented the situation,” Fitz-Morris wrote in response to questions from Global News.

The government has been criticized for refusing to release certain details about the contracts signed with COVID-19 suppliers, including vaccine manufacturers.

The emails obtained from the Prime Minister’s Office and minister Anand’s office would typically be exempted from release to the public.

But a motion passed in the House of Commons by opposition parties required government officials to release emails and other documents related to their COVID-19 response efforts.

One of the items released was a policy guidance document created by the Public Health Agency of Canada (PHAC) which gives direction on how to block the release of details related to government contracts, including sole-sourced contracts authorized under a National Security Exemption (NSE).

“The application of an NSE does not absolve a department of its obligation to proactively disclose contracts; however, the Access to Information Act contains provisions that provide heads of organizations discretion around disclosure,” the document says.

2:11
Advocates push for urgent vaccination of homeless in Toronto amid COVID-19 outbreaks

Throughout the pandemic, the government has used the NSE designation to authorize massive amounts of spending without going through the typical procurement process.

The NSE designation means contractors do not need to bid for projects through a competitive process and are instead offered sole-sourced deals in exchange for their services or products.

Under normal circumstances, sole-sourced contracts are considered less favourable because they can lead to higher costs and less transparency in terms of how the government spends taxpayer money.

But during the COVID-19 crisis, the government has argued the NSE process is necessary because of the urgent need for large amounts of spending and because of the need to maintain a competitive advantage when negotiating large contracts for the purchase of supplies.

PHAC did not respond to questions for this story.

Don't Miss it Covid-19: Second round of serosurvey begins in Karnataka
Up Next Remembering Captain Sir Tom Moore – BBC News