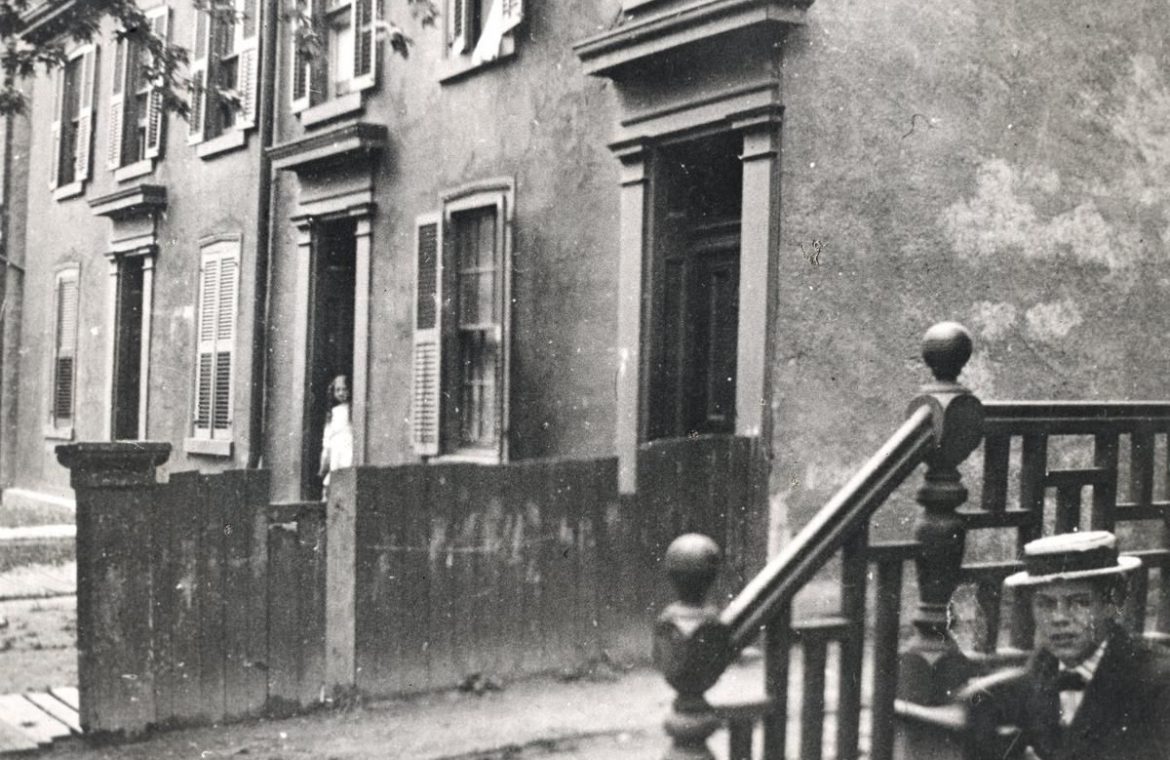 On a pandemic day trip last summer, we meandered along Lake Ontario’s south shore, heading east from Hamilton, avoiding the QEW and taking the slower roads.

The pandemic has been a reason to discover parts of Ontario I barely knew or overlooked, like coming across the colourful, painted cottages of Grimsby Beach. The remnants of Methodist revival camps of the late-19th and early-20th centuries, the village founding was influenced by the Chautauqua education and social movement that spread through the U.S.

Grimsby Beach is American-style Chautauqua in Ontario, and just one of the countless cross-border influences that have occurred over the centuries. Ending up in Niagara-on-the-Lake, looking over to Youngstown, N.Y., on that same trip, the short distance across the river to the condos and sailboats on the other side seemed much farther away with a closed border. Closed, that is, to everyone but essential workers and essential-feeling snowbirds. The longest undefended border in the world and all that, kind of defended.

In truth, the border between our countries has been coarsening for years as the world gets more complicated, especially after 9/11, though ease or difficulty of crossing has also always hinged on one’s skin colour and place of birth. Still, the border as currently sealed feels unnatural and has put a kink in our sometimes strained but always close relationship.

I was again reminded of how permeable the border once was a few weeks ago watching a weekly “live at five” tour Cranbrook curator Kevin Adkisson gives every Tuesday via the Cranbrook Instagram account. The education and museum campus in suburban Detroit was designed by Finnish architect Eliel Saarinen and includes buildings by Frank Lloyd Wright and Albert Kahn. Adkisson tours some aspect of the design and collection each week, a nice virtual trip to a place frequented by many cross-border tourists on visits to Michigan.

As an aside that day, Adkisson mentioned that Cranbrook’s founder, the newspaper magnate, arts advocate and philanthropist George Gough Booth was from Toronto, a tidbit that I didn’t know until then. Inquiring further about this, Cranbrook archivist Laura MacNewman dug up what she could about Booth’s early life in Toronto. Born into a “modest household” in 1864 to what became a large family, to trace his existence in Toronto via archives in Michigan is to see a very early version of Toronto that is largely gone today.

The archives indicate he was born at what would now be 8 McGill St., just off Yonge Street, in a house that no longer stands. When aged two and a half he and his family lived above their store at 84 Seaton St., in 1867 in a humble house that appears to have been replaced, and his final house was at the corner of River and Bell Streets in 1871, “though the location was principally on Gerrard Street.” Bell Street no longer exists and maps of time show it was on the edge of the Don Valley before the Don River was straightened. It was a wild edge of town, then.

When he was 13, Booth moved to St. Thomas, and at 17 he finally moved to Detroit where he made his fortune that included owning a half interest in an ornamental ironworks in Windsor for a time, where he designed and fabricated the iron fence that stands outside the Hockey Hall of Fame at Front and Yonge Streets today, a former Bank of Montreal, along with its interior metalwork.

Not every border-crosser, then or now, will leave a legacy like his Cranbrook estate behind, but they’re all part of the ever-tangling web of connections weaving the two counties together. A lakeside path at Cranbrook during Booth’s time living there was even called the “Toronto Walk.”

Canada’s relationship with the U.S. is perhaps our most significant cultural and political fixation: Canadians define ourselves not by how much we’re the same as Americans, but by nitpicking our differences. We know the country that demands the world’s attention better than most.

People living in border areas like Windsor and the Niagara region know this intimately. Canada’s connection to the U.S. is not abstract: it’s lived daily. In the Windsor area alone 1,500 to 2,000 health-care workers travel across the border every day, serving on American front lines during the pandemic, so connections go beyond familiar to survival.

Closing the border and keeping it closed (feral snowbirds aside) is the right decision, but with the vanquishing of the insurrection-inciting Donald Trump, a longing for an open border has increased. To visit Cranbrook in person. To see the wonders of Buffalo, both sporting and cultural. To see friends and family again.

A great regret of mine as a Torontonian is not taking the ferry to Rochester while it was running. Great Lakes solidarity!

I miss America, our old friend.

Don't Miss it COVID-19: Vaccines minister ‘confident’ everyone over 50 will be offered coronavirus jab by May | Politics News
Up Next San Francisco, San Mateo County record most coronavirus deaths ever