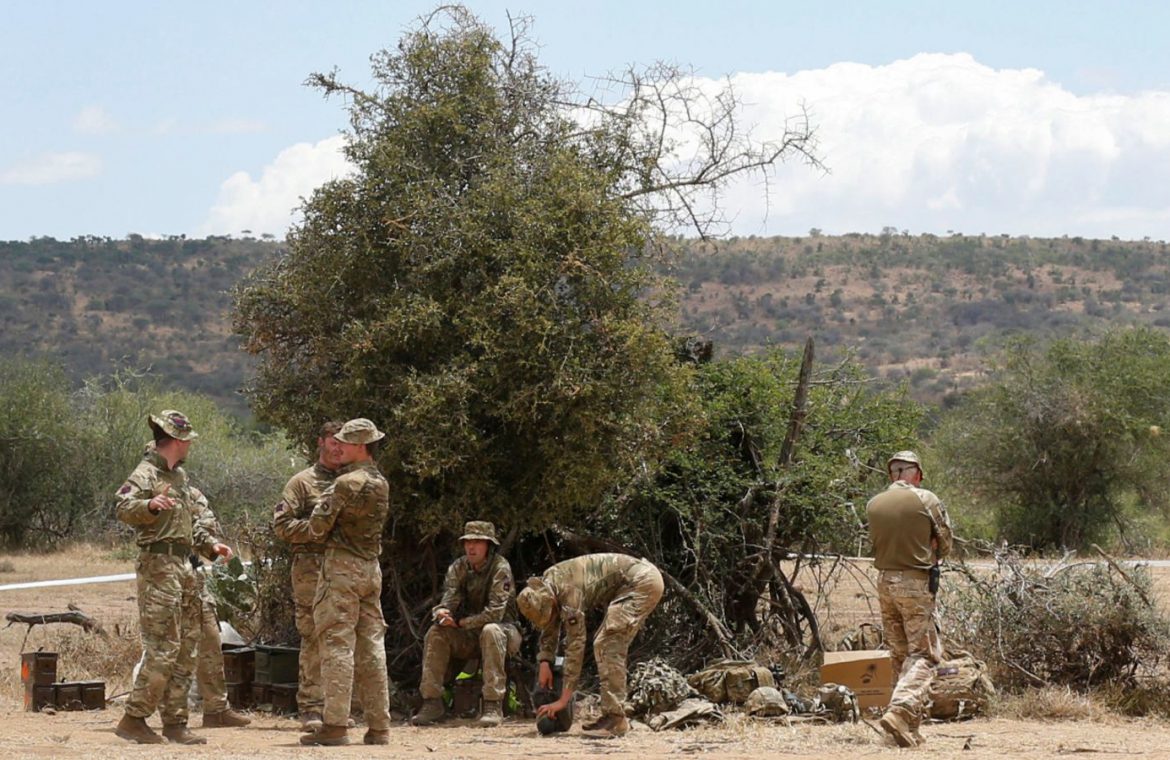 A number of British soldiers in Kenya have been taken to hospital suffering from COVID-19 after an outbreak of the virus at the training camp in the country.

Two soldiers were airlifted by helicopter to the Aga Khan hospital in Nairobi for medical treatment, and two more were driven four hours by ambulance to the facility in the capital.

All are said to be “comfortable, alert, in bed and eating”, according to an Army source.

The news puts in doubt initial claims by the Army that the outbreak was contained and limited to only a small number of soldiers.

Officially, only 11 personnel have tested positive, but Sky News has been told that soldiers have been mixing in close quarters, eating and working together albeit in bubbles, and they fear that the virus is now widespread amongst them.

Image:
The Mercian Regiment are training at the camp. Pic: Facebook/BATUK

The Ministry of Defence has confirmed that 320 men and women are now in “enhanced isolation” and some have been forced to live under bivouac tents for 10 days.

The Army is following a number of procedures to prevent the spread of coronavirus during deployments.

Soldiers must isolate in barracks before they leave the UK and a negative PCR test is required, 92 hours prior to deployment.

Upon arrival in Kenya, soldiers are transferred directly to the barracks and remain in their “flight households” for a mandatory six-day controlled acclimatisation and isolation period.

But claims by the Ministry of Defence that the soldiers are having their temperatures taken three times a day have been dismissed as “a total lie” by troops on the ground.

“It’s chaos,” one soldier said. Another described the handling of the situation by senior officers as “a clusterf**k”.

“The rules we’re all used to following in the UK don’t seem to apply on training in Kenya.”

What a day! Re-opening Nyati Barracks in Kenya with the UK Defence Secretary and Kenya’s Defence Minister. Let’s continue our strong training partnership for many year to come! pic.twitter.com/8KVaicJ5C0

Commenting on the outbreak, an Army spokesman said: “The soldiers are in Kenya for training that is essential to maintain operational readiness and is conducted under strict COVID safety measures.

“All soldiers deploying on exercise had to conduct a period of isolation and test negative prior to travelling.”

He added: “The British Army takes the health and wellbeing of personnel and the local community in Kenya very seriously.

“The Ministry of Defence’s force health protection measures are being applied to prevent further infections.”

Another flight with 150 more soldiers landed in Kenya on Monday evening, despite the outbreak in the camp.

The Kenyan government has been briefed.