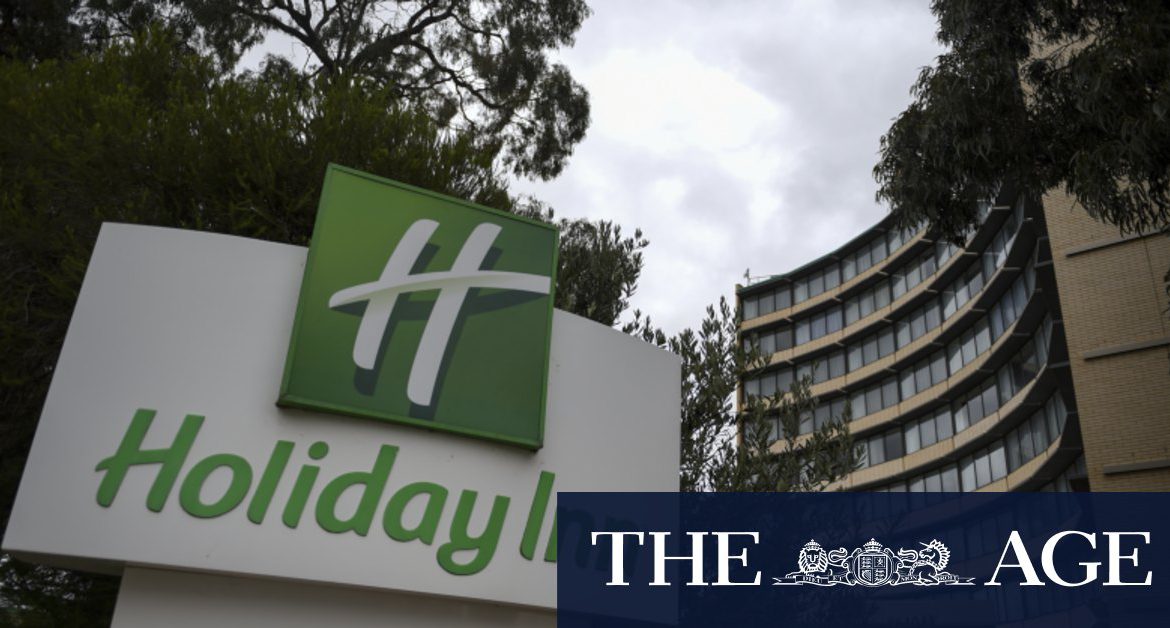 Chief Health Officer Brett Sutton said it was likely that the cases were a result of transmission inside the hotel quarantine system.

“Someone who has already done their 14 days and has left quarantine had been exposed maybe just before leaving quarantine then develops the illness, we think that’s what’s happened in this case,” Professor Sutton said.

The other case involves a food and beverage worker who tested positive on Tuesday afternoon.

The two new cases take the total number of positive cases linked to the Holiday Inn at Melbourne Airport to three after a woman in her 50s tested positive on Sunday.

That case was the third quarantine leak in the past fortnight confirmed to be the more infectious British variant of COVID-19. Two other recent infections – one in a 26-year-old Grand Hyatt worker and another in a returned traveller at the Park Royal – prompted the Andrews government to tighten hotel quarantine rules last week.

Mr Foley said it appears the cases came from “one particular floor” in the hotel and Professor Sutton said he wanted a “root and branch review” of the recent outbreak.

“[The investigation is] absolutely focused on that floor, and all the individuals who’ve been on that floor, staff or residents, are going to be in quarantine and go through the testing process,” Professor Sutton said.

“If there’s any indication that the risk extends beyond that floor, then it’s an option for us to close the hotel if need be.

“The focus of our attention is on the transmission that might have occurred on the relevant floor where positive cases were known to be.”

The Victorian Health Department said on Tuesday that it was initiating a “strong public health response” to the new case by “building on measures already in place”.

The Holiday Inn at Melbourne Airport where the female hotel quarantine worker contracted the virus.Credit:Penny Stephens

“The individual tested negative a number of times during her quarantine period and departed the facility on February 7. She sought testing in response to the current outbreak at the Holiday Inn, returning a positive result today [Tuesday], February 9,” the department said in a statement.

“Primary close contacts will include past residents of the Holiday Inn who completed their quarantine period on February 7,” the statement said.

“They will be required to isolate for 14 days. We are in contact with this group. This will come as difficult news to them, but we are being as cautious as possible in our response to this outbreak.”

NSW Health issued an alert on Monday and is conducting an extensive investigation after a Wollongong resident tested positive for the coronavirus two days after leaving hotel quarantine.

The returned overseas traveller, who did not have any symptoms, tested positive on day 16 after spending the mandatory 14 days in quarantine at the Sofitel Wentworth in Sydney.

On Sunday, Mr Foley said the government was investigating whether to follow NSW’s lead to bring in a “day 16” test for returned travellers.

Mr Foley said a “further layer of protection” could be implemented in light of a New Zealand woman testing positive to coronavirus after leaving hotel quarantine in Auckland last month.

“We worked closely with particularly NSW to make sure a 16-day test arrangement will be rolled out consistently. All the states have to co-operate very closely in this matter.”

David Estcourt is a court and general news reporter at The Age.