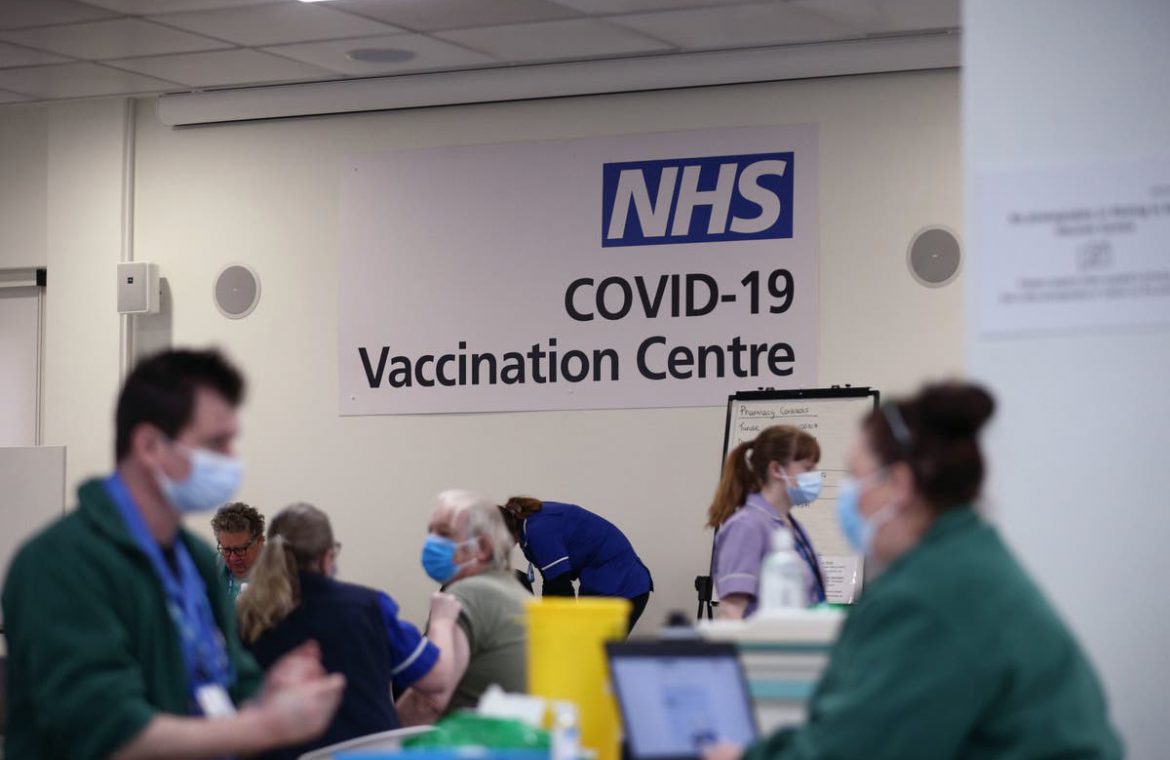 ravellers will have to take two Covid tests during quarantine after arriving in the UK as part of new measures introduced to curb the spread of coronavirus variants.

It comes as new data shows coronavirus deaths appear to have peaked in mid-January in a potential sign of hope that the current lockdown restrictions are working.

Meanwhile, Professor Adam Finn, an academic from the University of Bristol’s School of Clinical Sciences, warned it could take months for vaccines to be adjusted to tackle new mutant strains. However, he added that jabs available now were effective against the current known crop of variants.

Dr Susan Hopkins, from Public Health England, told a briefing for journalists that 170 cases of the South African variant had been identified so far, including 18 that are not linked to travel.

“To date we have identified 170 cases and 18 of these are unlinked to travel, and that means that they neither travelled abroad themselves or a direct contact with an individual that has travelled,” she said.

Joint working across these islands is “crucially important” to delay the spread of new variants of coronavirus, Northern Ireland’s health chief said.

Stormont’s chief medical officer Dr Michael McBride said: “In public health terms, anything that we can do that delays the arrival of potential new variants has to be supported.

“I use the word ‘delay’ because that is what it will do, it will not prevent. We will see these new variants. It buys us time to understand more about the variants.”

He added: “It is crucially important that there is joint working and sharing of data and travel information.

“There is little point in closing off international travel and putting in place arrangements to prevent introduction of new variants into one part of these islands if it is not in all parts of these islands.”

A Welsh Government spokesperson said: “We have agreed to a four-nation approach, and will be putting in place the same arrangements in Wales as the UK Government is doing for England.

“This will include all people returning to Wales from 15 February being required to book and pay for tests before they travel. This will be done through the UK portal, whether a person has been in a red list country or not.

“People returning to Wales from red list countries are doing so through other ports in the UK, primarily via England. From 15 February, all arrivals in England will be required to isolate in designated hotels.

“This includes anyone planning to travel on to Wales, and they will need to enter a designated hotel for quarantine in England. This will need to be booked before travel.”

Mark Drakeford told the Welsh Parliament that “everything is being done” to prevent onward transmission of the South African variant in Wales after 13 cases were identified in the country.

“What we need to see, I believe, is a stronger set of defences at our borders,” Mr Drakeford said.

“The UK Government’s red list is the bare minimum of what needs to be done to make sure that all the gains that are being made in suppressing the virus and vaccinating our population are not put at risk by people coming into the United Kingdom from other parts of the world where further new variants may already be in the brew.”

Mr Drakeford told the Senedd that work was ongoing to establish the efficacy of the Oxford/AstraZeneca vaccine against the South African variant.

“But more could be done to mitigate the risk of those new variants coming into the United Kingdom in the first place,” he added.

The seven-day rolling average of first doses given in the UK is now 428,434.

Based on the latest figures, an average of 392,252 first doses of vaccine would be needed each day to meet the Government’s target of 15 million first doses by February 15.

According to the latest Government figures, a further 12,364 people have tested positive for the virus.

He said he understood the impact these “vital measures to protect Scotland from the virus would have on the aviation sector”.

He pledged to work with airlines and airports to ensure travellers are taken “safely and securely” to quarantine hotels.

But Michael Matheson said: “It is clear that to manage the risk of importation of new variants and to give vaccine deployment the best chance to bring us closer to normality here in Scotland, we have to place further limitations on international travel.

“For these to be as effective as possible, I will continue to encourage UK ministers to match our ambition and help protect Scotland and all of the UK.”

The new restrictions are likely to reduce the number of people flying into Scotland further, Michael Matheson said.

The Scottish Transport Secretary said in the last week of January there were approximately 1,600 people who arrived in Scotland from overseas – but that this fell to 730 in the first week of February.

Passengers arriving from England from red list countries who intend to travel up to Scotland will first have to complete their quarantine in England.

But Mr Matheson said Scottish ministers would continue to press Westminster to adopt a “more comprehensive approach and require all arrivals to go into quarantine hotels”.

With travel restrictions being tightened, he said the Scottish Government would be limiting overseas training for elite athletes to sportsmen and women and coaches preparing for the Olympics and Paralympics.

Mr Matheson insisted the “stronger approach” Scotland was taking to international quarantine was “necessary and proportionate”.

Michael Matheson went on to tell MSPs at Holyrood that the four nations of the UK had agreed a joint approach to contracting the transport and accommodation services for managed isolation.

This, he said, would see a common approach adopted to procuring hotels, based on a UK Government contract – but he said this would have “flexibility” to cope with the “different policy directions we are taking”.

Passengers flying into Scotland from overseas will be required to book and pay for “mandatory isolation in a quarantine hotel,” through a common online portal operated by the UK Government, the Transport Secretary said.

Six hotels in Scotland have been identified for this, close to Aberdeen, Glasgow and Edinburgh airports – with a combined capacity of 1,300 rooms.

The cost to the first traveller in a room will be £1,750, with further supplements for additional family members.

These costs will include mandatory Covid-19 testing, which will see all people tested twice, on day two after their arrival and then again on day eight.

A special managed isolation welfare fund will be developed for those travellers who “may struggle to meet the charges”, Mr Matheson said.

Don't Miss it Victoria records 15th-straight day of no new coronavirus cases, Melburnians hit the road | ABC News
Up Next COVID-19: WHO investigation finds virus likely got to humans through animal host or frozen wildlife products