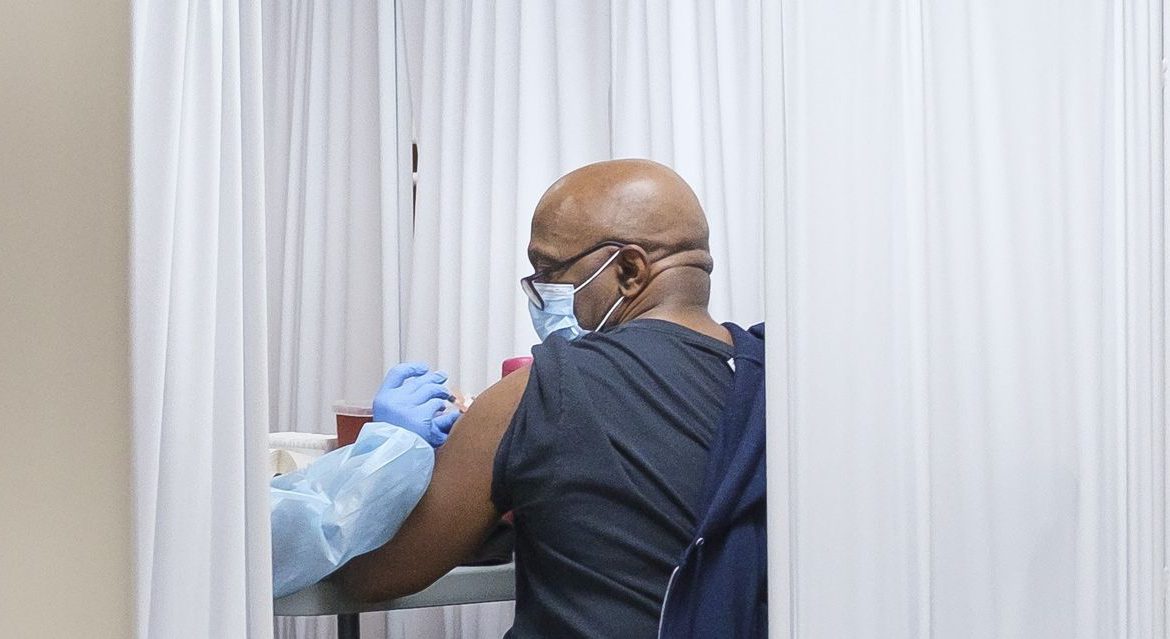 The most severe surge of the Covid-19 pandemic in the U.S. has weakened significantly, according to key metrics, though public-health experts and epidemiologists urge caution, given the spread of highly contagious new variants.

Newly reported cases have dropped 56% over the past month, based on a seven-day average, marking a significantly steeper fall than the U.S. saw after the spring and summer surges. Hospitalizations have declined 38% since Jan 6. The seven-day average of Covid-19 tests returning positive fell over the past week to 6.93%, the lowest since Oct. 31.

Unlike during earlier moments in the pandemic, case counts are heading lower amid a mass-inoculation effort. But even after such a steep decline, cases and hospitalizations remain higher than during earlier surges, deaths continue to hover near records, and the rise of more contagious coronavirus variants could quickly worsen the spread.

“The concern right now is that while we’re seeing a decline in cases from the holiday surges, as we identify more transmission of the variants within the U.S., this could lead to another surge,” said Saskia Popescu, an assistant professor at the Schar School of Policy and Government at George Mason University.

For public officials, managing the pandemic has long been a balancing act.

“I do think that we should be easing back on some restrictions because there are serious social consequences and health consequences of restrictions themselves,” said Thomas Farley, Philadelphia’s health commissioner. “However, I do worry that too many changes happening too quickly may encourage people to let down their guard, and that may make the virus surge again.”

By the second week in January, the seven-day average for new cases peaked at nearly 250,000 a day, according to a Wall Street Journal analysis of Johns Hopkins University data, a pandemic high that followed the holidays. Since then, case counts have plunged, with the seven-day average slipping to about 111,000 new daily cases as of Monday, according to Johns Hopkins data.

The drop coincides with the choppy but quickening rollout of vaccines that have been shown to be highly effective against Covid-19. By Tuesday, about 32.9 million people in the U.S., or about 10% of the population, had received at least one of two doses needed for maximum protection, according to the Centers for Disease Control and Prevention.

Don't Miss it Doctors who contracted COVID-19 at a bonspiel dug into how they got it. Here’s what they found
Up Next How dangerous is South Africa's coronavirus variant? | COVID-19 Special