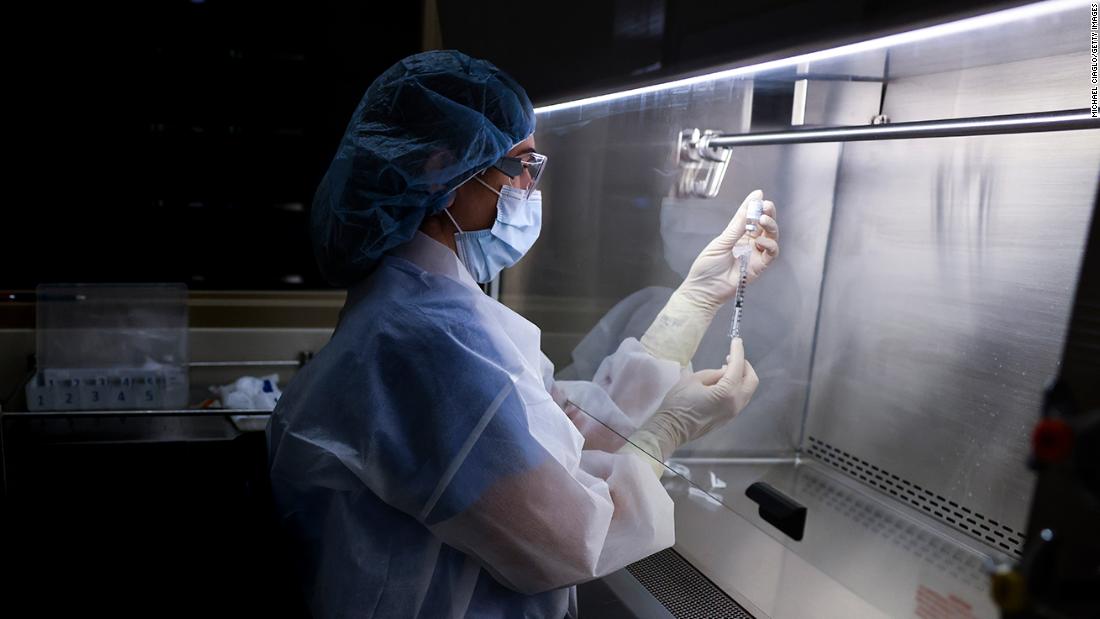 The warning comes as more Americans believe there’s no big risk in returning to pre-Covid life, according to a new poll.

An Axios-Ipsos poll published Tuesday showed 66% of those surveyed said they thought the risk of returning to pre-Covid life was moderate or large. That’s the lowest percentage since October.

But a majority of those vaccinated — 76% — still see coronavirus as a high risk.

Americans shouldn’t assume the vaccine rollout means it’s OK to get lax with safety measures. In fact, ditching precautions now would be “incredibly risky,” said Dr. Richard Besser, former acting director of the US Centers for Disease Control and Prevention.

“It is absolutely essential that we continue to do steps beyond vaccination to keep this under control,” Besser said.

“The reason for that is that the more this virus is allowed to spread in our communities, the more we’re going to see these variants spreading,” he said.

“And if the vaccines aren’t as effective against some of these variants, then we could see the gains that we’re so excited about right now, we could see those reversed in a very short amount of time.”

— The US has averaged 110,854 new Covid-19 cases each day over the past week, according to Johns Hopkins University.

That’s down 24% compared to the previous week. (But testing has dropped by 12.3% over the same time period, according to the COVID Tracking Project.)

— Covid-19 hospitalizations have decreased 12.53% this past week, compared to the previous week, according to the project.

— The national test positivity rate — or the percentage of tests taken that turn out to be positive — now averages 6.93%, according to the COVID Tracking Project.

That number has steadily declined since the record high of 13.55% on January 8. But the World Health Organization has recommended governments not reopen until the test positivity rate is 5% or lower for at least two weeks.

Despite warnings, some states are easing up

Scientists are worried about several troubling strains of coronavirus that are now in the US. They include the B.1.1.7 variant, first detected in the UK, which is highly contagious and spreading rapidly in the US; and the B.1.351 strain, first discovered in South Africa, which might partly escape the effects of vaccines.

The US faces “something really potentially catastrophic, and we should be doubling down on the measures that we know to work,” said Wen, a visiting professor at George Washington University’s Milken Institute School of Public Health.

Despite similar comments from other health experts, some states are letting go of certain safety precautions:

“As we move forward, we’re continuing to respond to the facts and data every day,” Cuomo said, “and when the enemy changes tactics, we change with the enemy.”

About 1 in 10 people in the United States — nearly 32.9 million people — have received at least one dose of their two-dose vaccines, according to CDC data.

More than 9.8 million people have been fully vaccinated with both doses, CDC data shows. That’s about 3% of the US population.

Zients attributed the increase to support for manufacturing, including the use of the Defense Production Act to help get more equipment to Pfizer and a distribution system that allows a rolling inventory of first and second doses to ship to states.

“The increase is 5% this week over last week, but it’s 28% across the last three weeks,” Zients said. “I think it’s the manufacturers doing a good job and the President and the team doing all we can to support that manufacturing process.”

Local and state officials have said they’ve been challenged by limited supply and trying to ensure fair access.

Starting Tuesday, Los Angeles County will offer appointments only for second doses of the vaccine to “ensure that we have enough doses to guarantee a second dose for people who already received the first one,” county Public Health Director Barbara Ferrer said Monday.

That plan will stay in place for the rest of this week.

“Scheduling an appointment right now is challenging because of the limited supply of vaccines that the county is receiving on a weekly basis,” county health officials said Monday.

Kentucky Gov. Andy Beshear said the state will produce demographic data every week to track where vaccine doses go, so that they will be “held accountable” for equitable access.

“Black and African American Kentuckians, to date, have received about 4.3% of vaccinations where we know the person’s race. That is unacceptable,” Beshear said Monday.

“About 1.1% of vaccines, where ethnicity is known, have gone to our Hispanic population — also too low.”

The first multicenter study to investigate the spread of coronavirus in day care centers suggests preschool-age children are not superspreaders.

When the right public health measures are implemented, day care centers are safe for both children and staff members, the researchers said.

The study was published Monday in Lancet Child & Adolescent Health and conducted in the French cities of Paris, Rouen and Annecy between June 4 and July 3 — up to two months after France’s first national lockdown started easing.

The study used data from rapid antibody tests and found the prevalence of antibodies for children at day care centers was only 3.7% — well below the national rate of 10% found in adults in the same time period.

The 14 children who were found to have antibodies came from 13 centers, and the two children from the same center never had contact.

But the researchers said one limitation to the study was that data were collected before the emergence of coronavirus variants that some experts suggest may be more transmissible in children.

In the US, more than 2.9 million children have been infected with coronavirus throughout this pandemic, according to a report last week from the American Academy of Pediatrics and the Children’s Hospital Association. Covid-19 cases in children represent about 13% of all US cases, the report said. But the definition of “child” varied by state. Some states defined “child” as those younger than 14, while some considered children to be anyone younger than 20.Severe illness from the virus is rare among children, the report said.

“However, there is an urgent need to collect more data on longer-term impacts of the pandemic on children, including ways the virus may harm the long-term physical health of infected children, as well as its emotional and mental health effects,” it said.