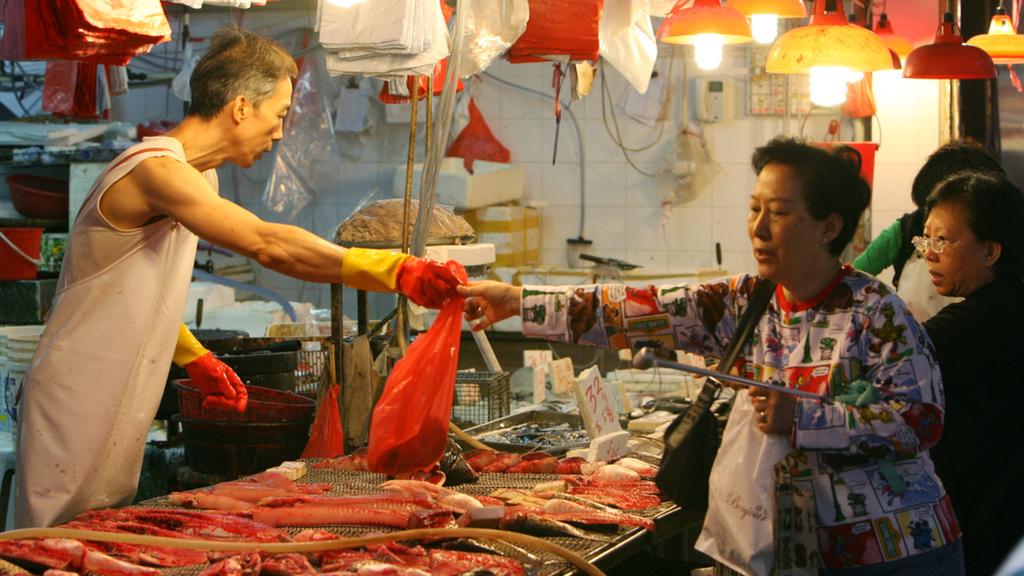 A team of experts appointed by the World Health Organisation (WHO) completed its 28-day mission to the Chinese city of Wuhan this week seeking clues about the origins of COVID-19.

The following looks at their findings.

WHAT ARE THE MAIN SCENARIOS?

In the first, a single person was exposed to SARS-CoV-2 through direct contact with the host species, the horseshoe bat. The virus could have been circulating in humans for a while before making its breakthrough in heavily populated Wuhan.

The second scenario, seen as the most likely, involves transmission to humans via an as yet unknown intermediary species. Liang Wannian, an expert with China’s National Health Commission, said pangolins were potential candidates but other animals – including mink and even cats – may also be reservoirs.

Members of the WHO team investigating the origins of the coronavirus at a press conference in Wuhan. Credit: AP

A third possibility is that COVID-19 originated under the first or second scenarios and was then transmitted via cold chain products. Chinese experts have attributed later COVID-19 clusters to imported frozen food and have raised the possibility it might also have caused the Wuhan outbreak.

The final scenario is that SARS-CoV-2 was leaked from the Wuhan Institute of Virology, which is known to have studied captive coronaviruses. Ben Embarek ruled out the possibility and said it would not be subject to further research. Accidents happen, he said, but it was “very unlikely” in this case.

WHEN DID THE OUTBREAK BEGIN?

The experts said that while it was unlikely there were large-scale outbreaks in Wuhan or elsewhere in China before December 2019, they do not rule out that it was circulating in other regions.

A crossover either directly from bats or from an intermediary species would suggest the transmission to Wuhan could have been facilitated by wildlife trading networks.

Marion Koopmans, another member of the expert team, said wildlife on sale in the Huanan seafood market could be traced to regions that contain bat habitats known to harbour viruses closely related to SARS-CoV-2.

One such region is the southwestern Chinese province of Yunnan, but the team is also considering that the first human transmission took place across the border in Laos or Vietnam.

WHAT ROLE WAS PLAYED BY HUANAN MARKET?

Although the Huanan seafood market in Wuhan was linked to the first case clusters, the initial crossover from animals to humans did not occur there.

Liang said that there was still insufficient evidence to determine how the virus entered Huanan, but that it was clear it was circulating elsewhere in Wuhan at the same time.

The most likely scenario is that someone carried SARS-CoV-2 into the market, but Ben Embarek also suggested it could have been introduced via a “product”, including frozen wild animals known to be susceptible to the virus.

DO THE FINDINGS CHANGE THE POLITICS AROUND COVID’S ORIGINS?

China has expressed concern that any investigation would be “politicised”, and said it would only cooperate if it was clear it would not be expected to take blame for the pandemic.

By ruling out the lab leak and accepting that COVID-19 could have originated outside of China, the WHO team has not crossed any of Beijing’s lines. China would also be heartened that the WHO team is considering the cold-chain theory. But the findings are unlikely to satisfy those who believe China is culpable and has covered up evidence.

WHAT FURTHER RESEARCH IS REQUIRED?

Ben Embarek said China needs now to find evidence that might prove the coronavirus was circulating much earlier than December 2019. He said blood bank samples would be a good place to start.

Bat communities near Wuhan have been ruled out as a source, and more needs to be done to scour caves in other regions to see if a closer match to SARS-CoV-2 can be found.

The animals on sale at the Huanan market also need to be scrutinised further, and the role played by cold chain products in general also needs more research, Ben Embarek said.