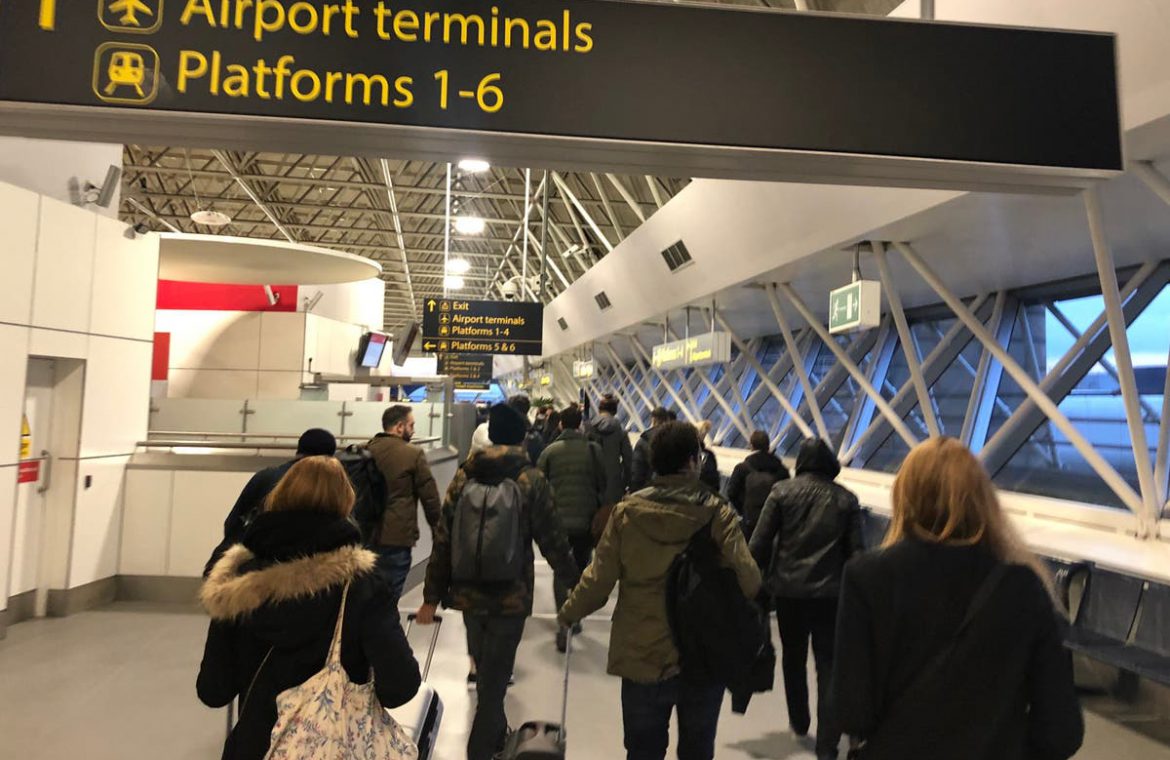 Ministers are set to discuss plans on Friday for vaccination and test certificates to ease international travel after lockdown is lifted.

But the discussion will not involve “vaccine passports” to prove immunity at venues in the UK.

Instead, it will focus on how Britain can co-operate with the international system expected to be introduced eventually to facilitate journeys between different countries.

A source said proposals were at a very early stage, and any scheme is not expected to be put into effect for some time.

And a Cabinet Office document seen by Sky News recommended that ministers should not set “even speculative timelines” for the scheme’s introduction introduction.

Plans drawn up by Cabinet Office set out how people could be enabled to obtain documentation to prove their vaccine status to countries requiring proof as a condition of entry, and how the UK could work with other countries to ensure international recognition of certificates.

If approved, the paper suggests that preparations for the scheme would be a cross-Whitehall effort.

The NHS would be told to make preparations for people to access official proof of their vaccine status before travel.

The government has repeatedly said that it has no plans to introduce a “vaccine passport” which could be used to prove immunity in order to access sports stadiums, concert halls or workplaces.

Ministers have denounced as “discriminatory” suggestions that documents of this kind could be required as a condition of employment.

But countries including Greece have indicated that they will require proof of vaccination for holiday-makers from the UK this summer.

And ministers have made clear that the UK will be ready to help facilitate schemes of this sort, while stressing that it remains far from certain that international travel will be possible by the summer.

A government spokesperson said:”The UK government, like most nations, wants to open up international travel in a responsible safe and fair manner and we continue to be guided by the science.

“We want to ensure there is an internationally recognised approach to enable travel and are working closely with international partners to do so.”

But insiders said there was “nervousness” about sending out the wrong signals, and the briefing paper prepared ahead of Friday’s meeting said: “We should not set even speculative timelines on when this may change border measures.”

Vaccines minister Nadhim Zahawi said at the weekend: “If other countries obviously require some form of proof, you can ask your GP – because your GP will hold the records – and of course that will then be able to be used as your proof that you have had your vaccine, but we are not planning to have a passport in the UK.”

Shadow home secretary Nick Thomas-Symonds indicated that Labour was likely to be supportive of a certification scheme.

“I do think that there should be preparation for looking at methods of safe international travel, of course, and there is a precedent for this in terms of immunisation certificates for things like yellow fever,” said Mr Thomas-Symonds. “I will of course look positively and constructively proposals that come forward.”

But he added: “At the same time, the urgent situation we face now is getting into place sufficient protections at our borders against the possible mutant strain of Covid that could threaten our vaccine programme.

“We need that comprehensive protection at our borders, and that’s what has to be the immediate priority for the government now.”

Mr Johnson has said he will set out a roadmap for the easing of coronavirus restrictions on 22 February.

Don't Miss it Pelosi says Biden address will come after coronavirus relief
Up Next 100 new COVID-19 cases as N.L. grapples with spiralling outbreak