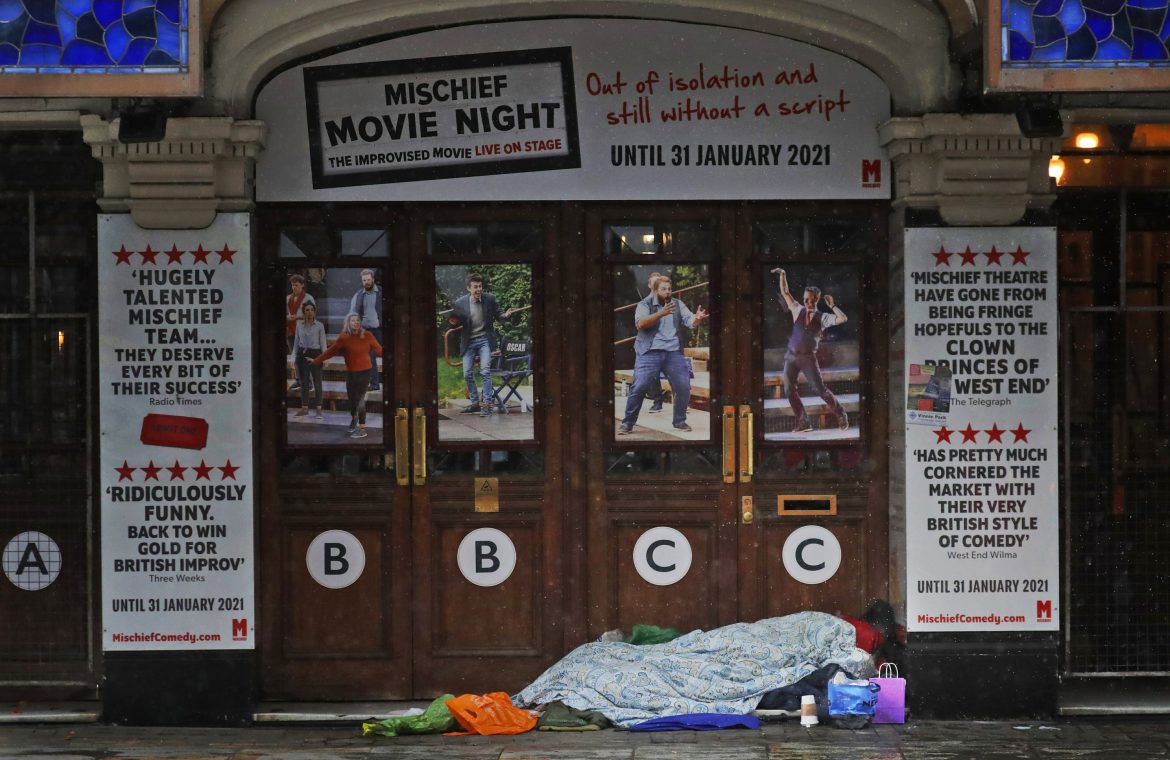 LONDON (AP) — In a pandemic, homeless people face being more forgotten than they already are. But not by doctors like Dr. Anil Mehta, who is on a mission to bring the coronavirus vaccine to those hardest to reach and often most at risk of getting sick in east London.

Mehta, a general practitioner, and his small team of doctors and nurses have been showing up at homeless centers in his local area, a COVID-19 hot spot, offering a free jab to dozens who might otherwise get left behind in Britain’s mass vaccination drive.

“They will get missed if we don’t find them proactively,” Mehta said. “They really don’t have anything going for them, in terms of medical care. Finding them is absolutely essential to what we need to achieve in our boroughs.”

The homeless aren’t listed among the British government’s highest priority groups for the vaccine rollout — which currently include people over 70, nursing home residents, front-line medical staff and social care workers, as well as the clinically vulnerable.

Because those sleeping outside and people in shelters have no address that doctors can contact them at, some local authorities across Britain have begun sending out roving vaccination teams to identify the clinically vulnerable among them so they can have access to the jab.

The charity Homeless Link said the U.K. government last month appealed to local officials to accommodate as many so-called rough sleepers as possible and help them register with a doctor as temperatures plummet and as a more contagious virus variant drove a huge surge in U.K. infection rates. But the charity said there has been no clear strategy to ensure that the homeless get inoculated, and that means officials in different areas have been left to take different tacks.

“We believe that a targeted approach to vaccination is needed to protect people with no home,” said Rick Henderson, the charity’s chief executive.

“Homeless people are substantially more likely to report having chronic diseases such as asthma, heart problems and stroke, and are old before their time. Furthermore, their use of communal accommodation such as homeless hostels increases their risk of contracting COVID-19,” he added.

In the outer reaches of northeast London, which has seen some of England’s worst infection rates, Mehta and his mobile vaccination team have been busy working outside of their clinic. They gave a vaccine jab to over 200 homeless people and social care workers at two community centers last week, and plan to reach another 70 next week.

Mehta is happy with the progress so far.

“These are very hard-to-reach groups — they could be in different places, here today and going to central London the next day,” he said. “We are effectively chasing them.”

Earlier this week, Britain’s government also urged anyone unlawfully living in the U.K. to register with a doctor and receive a vaccine, promising that they wouldn’t have their immigration status checked or risk deportation. It wasn’t clear how many people the policy affects — the last official estimate, in 2005, suggested there were about 430,000 people in the country with no legal right to remain.

More than 12 million people in Britain have now had at least one dose of a coronavirus vaccine. Officials say they are on track to offer first doses to 15 million in the top priority groups by Monday, and have set a target of vaccinating every adult in the country by the fall.