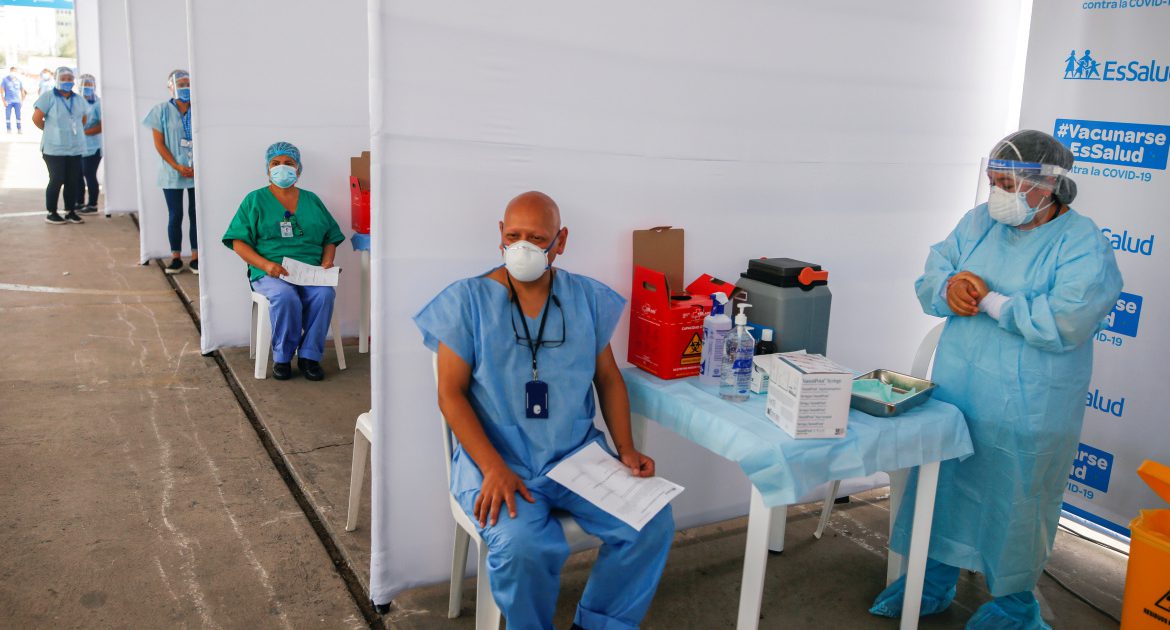 Peru has sworn in a new health minister, the country’s president confirmed on Saturday, after a scandal broke this week over former President Martin Vizcarra receiving a coronavirus vaccine before it was widely available in the South American nation.

President Francisco Sagasti said on Saturday that Health Minister Pilar Mazzetti, who led the health office during Vizcarra’s administration, handed in her resignation on Friday night.

Her replacement, Oscar Ugarte, was sworn in on Saturday, Sagasti told local radio.

Ugarte, a physician who held the post from 2008 to 2011, is Peru’s fifth health minister since the coronavirus pandemic hit last year.

The country has reported over 1.2 million cases of COVID-19 and more than 43,000 coronavirus-related deaths to date, according to Johns Hopkins University data. It is struggling to get a surging second wave under control as hospitals are pushed to their limits.

Sagasti imposed strict lockdown measures in late January in Lima, the capital, and nine other regions in an effort to stem the spread of infections. Those curbs were slated to remain in place until at least February 14.

Vizcarra, the former president, has said he did not jump the queue to receive the jab, but rather that he got it as part of a trial.

Peru’s Congress removed Vizcarra from office last November in an impeachment trial over allegations he accepted bribes, an accusation he denied.

Mazzetti told Congress last week she did not know if Vizcarra was part of the vaccine trials. Opposition lawmakers had demanded her resignation.

Peru is facing an oxygen shortage for COVID-19 patients, something that has also presented big challenges to healthcare networks in other South American nations.

In Brazil, the prosecutor general opened a preliminary probe into President Jair Bolsonaro and Health Minister Eduardo Pazuello after hospitals in the country’s Amazonas region ran out of oxygen.

Sagasti said Peru has been in contact with the government of Chile, which “has generously offered to bring and give us oxygen”.

Don't Miss it Coronavirus: Victoria celebrates one week of no cases, no deaths, NSW also records zero | ABC News
Up Next Coronavirus: Mandatory hotel quarantine measures for travellers to come into effect Feb. 22