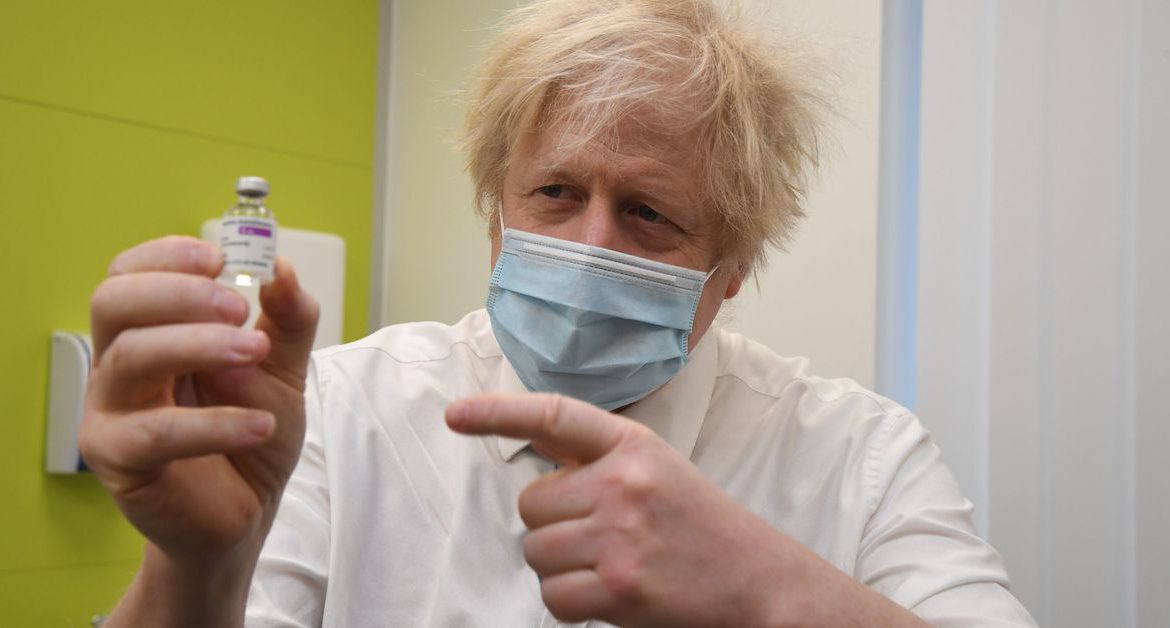 One week from today, on Monday 22 February, Prime Minister Boris Johnson will lay out the government’s “roadmap” to reopening — the plan to lift coronavirus lockdown restrictions, which will enable restaurants, pubs, bars, and cafes to open their doors after months of mandated closure.

At lunchtime today, 15 February, Johnson said the plan would be “cautious but irreversible,” beginning with the reopening of schools on 8 March. Thereafter, things get a little more hazy, and restaurants are braced for another seven days of speculation on their own reopening timeline. It is here that the line between optimism and idealism starts to get blurred, with some reports this weekend suggesting that venues could be open as early as April for outdoor service.

There was even a suggestion that people could be “enjoying” pints in pubs by Good Friday, which falls on 4 April, after a government official reportedly told i news: “The optimism is increasing at Downing Street and we may well be enjoying a pint in the pub by Easter if the data continues to improve in the coming weeks.”

The rumour mill’s gear-change over the weekend came after the “R value” or rate of transmission of COVID-19, fell beneath one on Friday, its lowest level since July. It also comes as the U.K. passed 15 million vaccinations on Sunday, meaning its plan remains on track, having vaccinated all over-70s, key workers, and vulnerable groups.

But much of the rumourmongering is the work of dark artists in the business of leaking and lobbying, from interested parties intent on shaping the government’s plan or pressing it for something unrealistic in the hope of applying enough pressure to win a concession.

It is in that context that Johnson’s comments were made this afternoon. When he’s not elbow-bumping patients waiting for vaccines, he’s trying to heed the call of scientists, not spend all of his chancellor’s money, and prevent the hard-line liberty warriors in his own party from really kicking off. Given his taste for trying to keep everyone happy and occasionally indulging in a little magical-thinking, this hasn’t always been easy. But the fact is, as BBC News reported just today, the “scientists have said talk of reopening [hospitality] is premature.”

While the rate of transmission is an important factor when weighing up the risks of reopening the economy, this year, unlike in the summer of 2020, it is now not the only factor. The government is on track with its vaccination programme, which if it continues, would see all over 50s vaccinated by the end of April. It wouldn’t be until late summer that ministers expect the rest of the adult population to have received their jab at current rates.

It is perhaps for this reason that there has been a marked absence in the clamour for reopening, as there was at various stages through last year. Indeed, as one restaurant group chief executive told Eater London last month, “No one is clamouring for a reopening date. When we’re able to reopen [the most important thing is] we’re given a clear run at it, so it’s de-risked.” Nobody wants to have to close again. Nobody wants another lockdown.

Least of all Johnson, who is going to milk the success of the vaccination roll-out for all it’s worth. Which is maybe why he sounded a little caution today, emphasising that the government was considering all factors before deciding how and when to lift restrictions: “We’re looking at infection rates, and the transmission rates of the virus across the country, the number of people that are being hospitalised, the number of people who are currently in hospital, the number of people who are sadly going on to die from the virus, alongside the latest R rate, and the impact that the vaccination programme is having on transmission rates of the virus,” he said.

“So we’re looking at a whole range of evidence and data and it will be that that informs the roadmap that we publish on Monday next week.”

Regardless, no matter when hospitality reopens, its ability to recover is going to be predicated on ongoing assistance from the government, which is why trade body U.K. Hospitality used today to reemphasise the need for the chancellor Rishi Sunak to get his skates on with extending the VAT cut for another year and the business rates holiday for the whole of 2021/22.

This, the trade body said, would allow “businesses valuable breathing room to rebuild and address rent debt,” a deadlock which may finally be broken by government intervention later this month.

“Extending and expanding the cut in VAT will play a crucial role in boosting demand and customer confidence,” chief executive Kate Nicholls said. “Our sector is labour-intensive so this will instantly result in more jobs. Removing business rates will allow businesses to repair shattered balance sheets, including tackling the rent mountain that has now hit £2 billion.”

With the support of 160 bosses from within the hospitality industry, the trade group has asked the government to also extend the furlough wage support scheme, offer improved loan repayment terms, defer government-owed debt (which is owed from next month on the likes of Coronavirus Business Interruption Loans), and replace of the Job Retention Bonus, a £1000 per employee cash payment for retaining a furloughed employee, which was scrapped in November.

Throughout the pandemic, one lesson restaurants have learned is to stay sanguine about the promises of ministers at crucial junctures. With Johnson at last having delivered a plan but also sounding cautious, restaurants may yet get a “roadmap” they can follow confidently, even if they don’t love where they’re going.