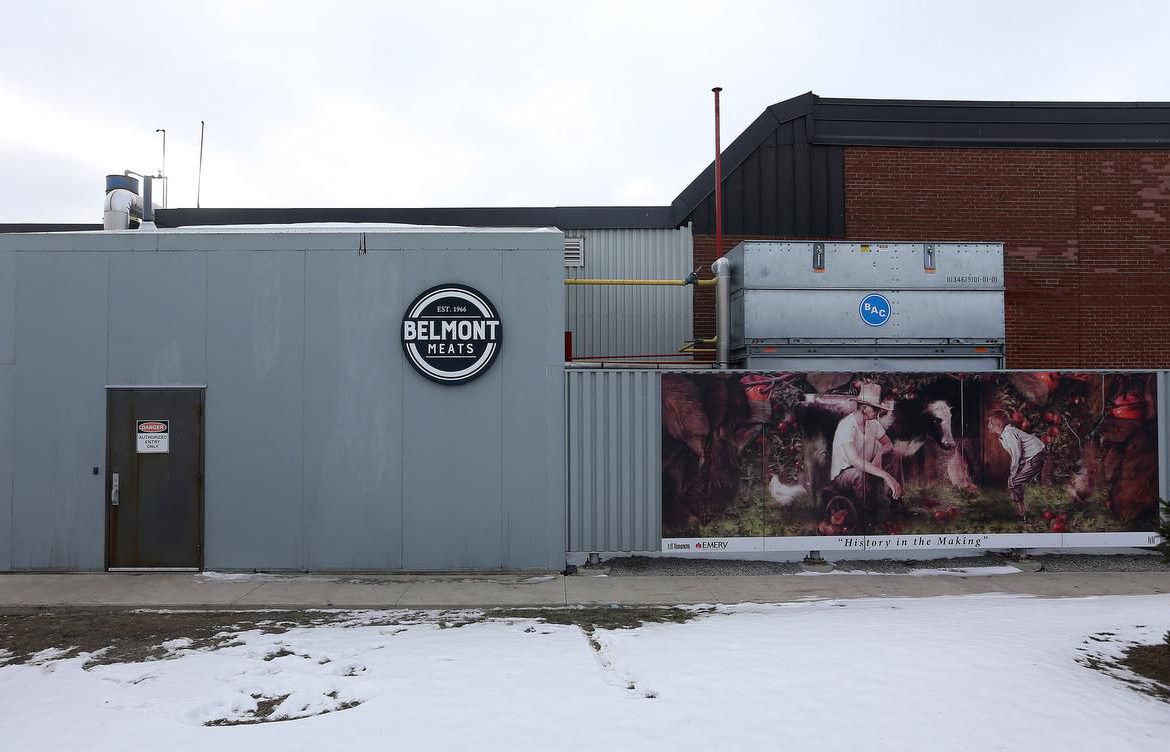 The site of Toronto’s largest workplace outbreak does not provide workers with paid sick days — a protection the city’s medical officer has called “critical” to slow the spread of COVID-19.

Some 94 workers at North York food processor Belmont Meats have tested positive for the virus; 12 of those cases are linked to the extra-contagious B.1.1.7 variant.

At least two — Belmont and Maple Leaf — do not offer paid sick leave, the union representing workers there confirmed.

Neither Johnvince Foods, a wholesaler, distributor and retailer where 83 workers have tested positive, nor Dimpflmeier Bakery, with more than 50 cases, responded to detailed questions from the Star. Dimpflmeier Bakery’s collective agreement does not mention paid sick days.

“We need urgent policy interventions because any other response would be unjust and inequitable, and hurt the most vulnerable groups,” said Dr. Amanpreet Brar, a resident at the University of Toronto’s department of surgery.

As Ontario’s legislature resumed Tuesday, Premier Doug Ford said in an interview with CTV News that provincially mandated paid sick days would be a “waste of taxpayers money” and duplicate a temporary federal sickness benefit available to self-isolating workers.

But a January report by Dr. Eileen de Villa, Toronto’s medical officer of health, noted that the federal measure falls short because it does not provide immediate access to time off at no loss of income.

Workers at Belmont and Maple Leaf Foods, part of the United Food and Commercial Workers union, do have short-term illness benefits. Maple Leaf Foods is also providing salary top-ups to employees who must self-isolate and rely on the federal sickness benefit, which pays a maximum of $500 weekly for two weeks.

“Although workers are doing what they can to stay healthy and safe, the government could do more,” said UFCW spokesperson Joel Thelosen. “We call on the Ford government to immediately legislate paid sick days for all workers. Workers should not have to choose between their health and making ends meet.”

A Tuesday motion at Queen’s Park for unanimous consent to pass the NDP’s paid sick-leave bill sponsored was rejected, as worker advocates organized a car caravan outside the legislature to deliver a paid sick-day petition with more than 30,000 signatures.

Toronto Public Health is one of the few health units in the province to name all employers with workplace outbreaks on a weekly basis. It is also identifying temp agencies and sub-contractors when linked to an outbreak. The data shows three of the 25 cases at Maple Leaf Foods’ Stockyards-area plant involve temporary employees of Nova Staffing,

Temp agency president Steve Taylor said his firm “exceeded legislated COVID requirements set forth by the Ministry of Health” and requires employers it works with to do the same.

“Daily health monitors are in place at Nova to ensure employees are reviewed for their overall wellness,” he said. “We feel extremely confident in sending our employees to Maple Leaf because we know what a thorough and well-respected safety program they run.”

In a statement, Maple Leaf Foods’ vice-president of communications, Janet Riley, said the company has taken extensive precautions at its Toronto facility that employs some 800 permanent employees, including social distancing, three-ply or N-95 masks, disinfecting lights and upgraded air filters.

Brar said greater transparency from health units around workplace outbreaks, including those involving temp workers, was critical to finding solutions.

“There has been lack of data with regards to temporary agencies and oftentimes temp workers feel that neither employer nor temp agency assumes full responsibility or accountability for their work,” she said.

The Star contacted all 16 employers currently in outbreak in Toronto, and asked about paid sick-leave policy and whether the company uses temp agencies. Twelve of the workplaces are manufacturers, a sector where lockdown regulations do not apply.

Most employers did not respond to the Star’s questions including Belmont Meats, which temporarily closed at the end of January as a result of its outbreak.

Both CIBC (12 cases) and March of Dimes (four) said they provide workers with paid sick days.

Skin manufacturer DECIEM, where 18 workers have recently tested positive, said it also provides all workers — including temp agency workers, part-time workers and casual workers — with paid sick days. A total of 155 workers at the company have tested positive since last March, the company said in a statement to the Star.

“In only a few of these cases, it was not possible to identify where the virus was contracted, meaning that Toronto Public Health was unable to eliminate the workplace as a possible place of contraction, regardless of whether any workplace transmission had occurred,” a DECIEM spokesperson said.

“Despite having confidence that none of these cases were transmitted within a DECIEM facility, we understand that Toronto Public Health is unable to rule this out publicly without confirmation of where the cases were contracted.”

Soaring caseloads forced some health units, including Toronto’s, to periodically suspend or limit contact tracing, making it hard to establish the true scale of workplace spread.

The latest TPH data reaffirms the particular challenges faced in food manufacturers. The sector represents six of the city’s current workplace outbreaks, including “beverage and liquid food” maker Ya Ya Foods with 12 cases, and industrial bakery Upper Crust, a Fiera Foods affiliate, with two cases.

Across the continent, meat packers have been especially ravaged by the virus. Last spring, some 951 workers at Cargill’s High River, Alta., plant tested positive for the virus, the largest outbreak in the country.

Jason Foster, an occupational safety expert and professor at Athabasca University in Alberta, is researching the High River outbreak — and said employers in the sector are often particularly resistant to offering paid sick days.

“They can’t afford to have too many workers calling in sick,” he said. “It starts to jeopardize the line speed, because they need those bodies to be able to kind of keep production up.

“We need the government to legislate and regulate these kinds of protections for workers because it isn’t going to happen any other way.”

His research prior to the pandemic on workplace stressors consistently found that workers in all sectors reported going to their job ill if they did not have paid sick days.

“It was a problem before,” he said. “It was just magnified with COVID.”

“This tells me that lack of policies regarding employment security, livable wages and paid sick days are a matter of socioeconomic and racial justice.”