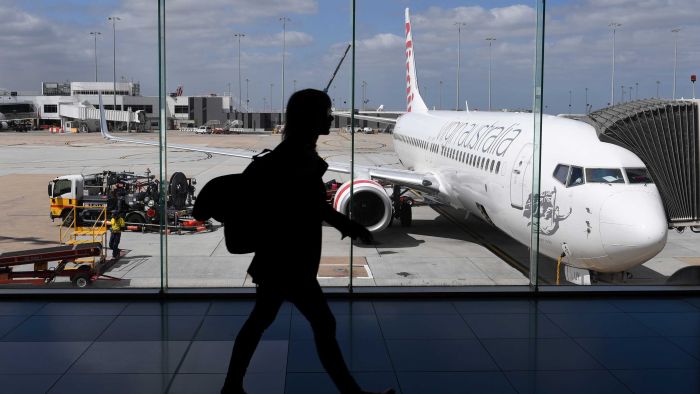 Travel bubbles with neighbouring countries would be useless and dangerous without mass vaccinations in Australia, an aviation expert says.

Key points:An expert says overseas travel would be two or three times worse than domestic border woesAmong the first bubbles expected to open would be New Zealand and Papua New GuineaBut one hidden danger could be indirect travellers taking advantage of the bubbles

The idea of a travel bubble, where people could move freely between countries, has been talked about since the start of the pandemic — but is yet to become a reality for Australia.

While New Zealanders could visit some Australian states without quarantining, that arrangement was not reciprocal.

The one-way bubble has since been closed temporarily, after a COVID-19 outbreak in Auckland this week.

The introduction of any travel bubble right now would be “futile,” according to Tony Webber, a senior lecturer at the University of NSW’s School of Aviation and a former Qantas chief economist.

LIVE UPDATES: Catch up on the main COVID-19 news from February 17 with our coronavirus blog.

“If we’re going to have a travel bubble between two countries it would require that, at least on the Australian side, everyone in the two populations be vaccinated,” he said.

“After one or two cases the borders are shut closed and people become trapped,” he said.

Dr Webber said “multiply that by two or three and that’s what you’d see internationally”.

“Imagine someone flying from Sydney … within a travel bubble that shut down, they’d have to try and make their way home in a really short window.”

He said the rush to return would also see plane tickets skyrocket to eye-watering prices — an issue 39,000 stranded Australians trying to get home face already.

Another hidden danger would be indirect travel, Dr Webber said, where travellers from other countries used the travel bubble as a stepping stone to reach Australia.

Fiji’s Prime Minister, Frank Bainimarama, proposed a ‘Bula Bubble’ in June 2020, and the Griffith Asia Institute’s Tess Newton-Cain said there had been a strong appetite for returning tourism since.

Dr Newton Cain said protecting Pacific nations, many of them spared the brunt of the pandemic, was crucial.(Linkedin: Tess Newton Cain)

“Fiji is very keen … [but] I think it’s really important to remember the primary focus needs to be protecting Pacific communities from exposure to infection from this disease,” she said.

Minister for Tourism Dan Tehan flagged that the government would be considering travel bubbles with countries like Vietnam and Singapore as long as the vaccinations were rolled out “at pace [with Australia] internationally”.

“If Japan can successfully deal with the Olympics and roll out their vaccine, there’s another option there, so we have to keep exploring these options,” Mr Tehan said on Nine Radio earlier this month.

How has the pandemic affected you? Share your story

Tell us about the highs, lows and standout moments of your experience for an ABC project about how COVID-19 has impacted Australians.

When asked about the future of travel bubbles, Qantas CEO Alan Joyce pointed to Singapore and Hong Kong’s bubble, which was delayed after COVID-19 outbreaks in the latter nation.

But Mr Joyce told the Quarterly Report last December that he “just watching, like everyone else” what was in store for travel in 2021.

Virgin Australia aren’t flying any short-haul international services until at least June, but say they are closely watching whether quarantine-free bubbles with New Zealand, Pacific Islands and Indonesia pop up.

However, a spokesperson said they remained wary of the “uncertainty” around border closures.

But the International Air Transport Association (IATA)’s regional vice-president for Asia Pacific told the ABC that “travel bubbles will likely be the way governments start to re-open their borders”.

“[Vaccinations] can help by allowing governments to re-open their borders in a limited way, at the same time allowing them to test and fine-tune their processes before a broader border opening,” Conrad Clifford said.

Don't Miss it Covid-19 pandemic: Plasma therapy gets thumbs down from expert panel
Up Next Many top NBA players hesitant to promote coronavirus vaccines