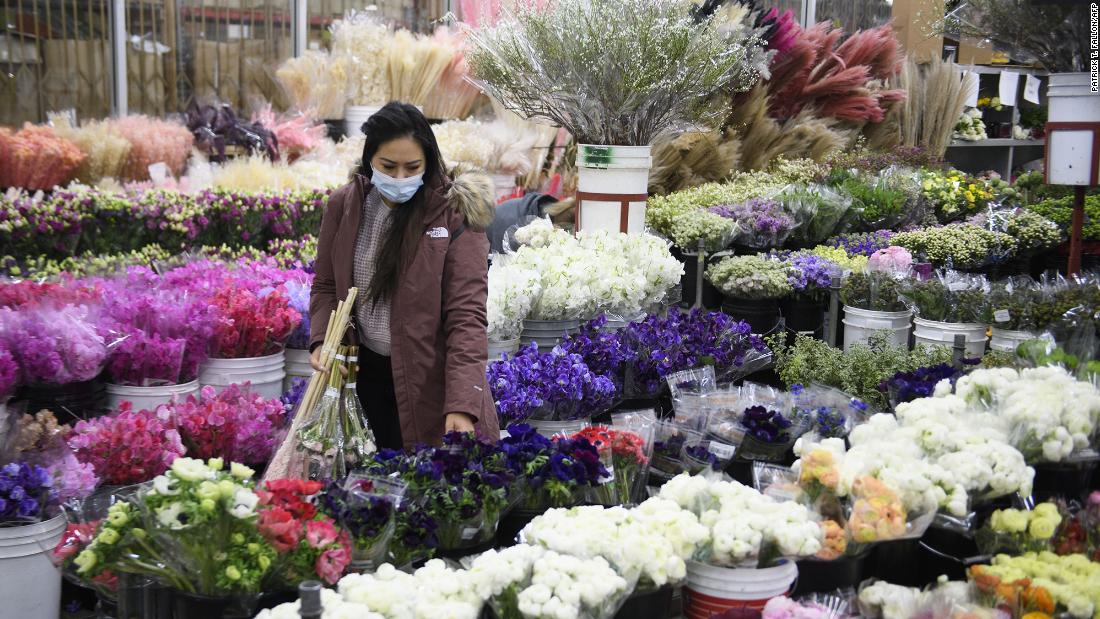 “It’s been slowed down in some places going to a grinding halt,” Fauci, the nation’s top infectious disease expert, said in an interview with MSNBC Thursday.

A number of states have reported delays in vaccine deliveries and distribution, forcing providers to cancel or reschedule appointments for vaccinations. The Federal Emergency Management Agency (FEMA) on Thursday said more than 2,000 vaccine sites are in areas suffering from power outages.

Fortunately, the second dose of the two-dose vaccines from Pfizer/BioNTech and Moderna can be administered up to 6 weeks after the first, according to the US Centers for Disease Control and Prevention.

The second doses of the Pfizer and Moderna vaccines were recommended to be administered 21 days and 28 days after the first, respectively. So, if your appointment to receive a second dose was canceled due to weather, don’t panic. There’s still time.

Both UPS and FedEx have told CNN they’re working to get vaccines delivered.

UPS says it has “extensive contingency plans” in place to complete vaccine deliveries, despite the winter storm. Spokesperson Glenn Zaccara told CNN the company was in “regular and frequent contact” with federal agencies and vaccine manufacturers, with talks occurring “often hourly.”

Meantime, FedEx said it’s prioritizing coronavirus vaccine deliveries, and it’s working with the parties waiting on shipments. But “prolonged severe weather is continuing to impact much of the FedEx network.”

Here’s how many people have been vaccinated

More than 41 million people so far have received at least their first dose of a Covid-19 vaccine, according to CDC data, while more than 16 million have been fully vaccinated with two doses. On Tuesday, President Joe Biden said 600 million Covid-19 vaccine doses would be available to the country by the end of July, “enough to vaccinate every single American.”

His promise echoes earlier announcements that the US was on track to have enough vaccines for 300 million Americans by the end of July.

Actually vaccinating all those people will likely take longer, per Fauci. He told CNN, “It may take an additional couple of months actually, maybe toward the end of the summer, to get everybody vaccinated.”

Pfizer/BioNTech’s vaccine has been granted emergency use authorization by the US Food and Drug Administration for people age 16 and older, but the companies expect to start Covid-19 vaccine studies for children between the ages of 5 and 11 in the next couple months, according to a news release.

Additionally, the companies say they have plans to study the vaccine in children younger than 5 later this year.

An ongoing trial for children ages 12 to 15 is fully enrolled, and the companies say data could be submitted to regulatory authorities in the second quarter of 2021.

US has 2 tools to fight variants

It’s more important than ever for Americans to continue practicing safety measures that work against the spread of the virus, health officials said Wednesday, especially as Covid-19 variants threaten to undo the progress made so far.

“The continued spread of variants that are more transmissible could jeopardize the progress we have made in the last month if we let our guard down,” CDC Director Dr. Rochelle Walensky said during a White House briefing.

It’s a warning that’s been repeated by multiple experts recently as the country’s tally of variant cases keeps climbing while more state leaders are opting to loosen Covid-19 restrictions. Among the most concerning strains is the highly contagious B.1.1.7 variant, first identified in the UK, that the CDC has previously warned could become “the predominant variant in March.” The agency has reported more than 1,270 cases of the variant across 41 states and Washington, DC.

But Fauci told CNN Wednesday night that the US has two powerful tools that can help against its spread and move the country further out of the pandemic’s tunnel.

“The two ways that we can counter that is one, continue to do the kinds of public health interventions that we talk about all the time,” he said, like the universal wearing of masks, social distancing, staying away from crowded areas and regular hand washing.

“But also, as the weeks and months go by, as you vaccinate more and more people, you have a vaccine that works against this variant,” Fauci added.

“So if we roll out the vaccine … and get as many people vaccinated as quickly as we possibly can while we maintain the public health measures, we should be in good stead,” Fauci said.

It won’t be easy, he cautioned, because of the variant’s transmissibility — which is why “we have to act quickly on that,” Fauci said.

Meanwhile, amid the repeated warnings for Americans to continue taking safety measures, the CDC director also urged the American public to avoid travel, even domestically.

“Don’t travel,” Walensky said during a JAMA livestream Wednesday, highlighting the advice is especially important because of the circulation of variants. “We really, really would advocate for not traveling right now.”

Asked about whether there would be any guidance from the CDC about Covid-19 testing prior to domestic flights, Walensky said the US does not kind of tests that would make that possible.

“You shouldn’t be traveling anyway,” she said.

But the US has recently seen some of its busiest air travel days since the holidays.

The TSA reported it screened more than 967,000 people at airports on Monday and a further 738,000 people on Tuesday.

“If you choose to travel, please wear a mask,” TSA spokesperson Lisa Farbstein reminded travelers in a tweet.

Don't Miss it 1.7 million more people told to shield from coronavirus in England – BBC News
Up Next How effective is Australia's COVID-19 control strategy? | 7.30