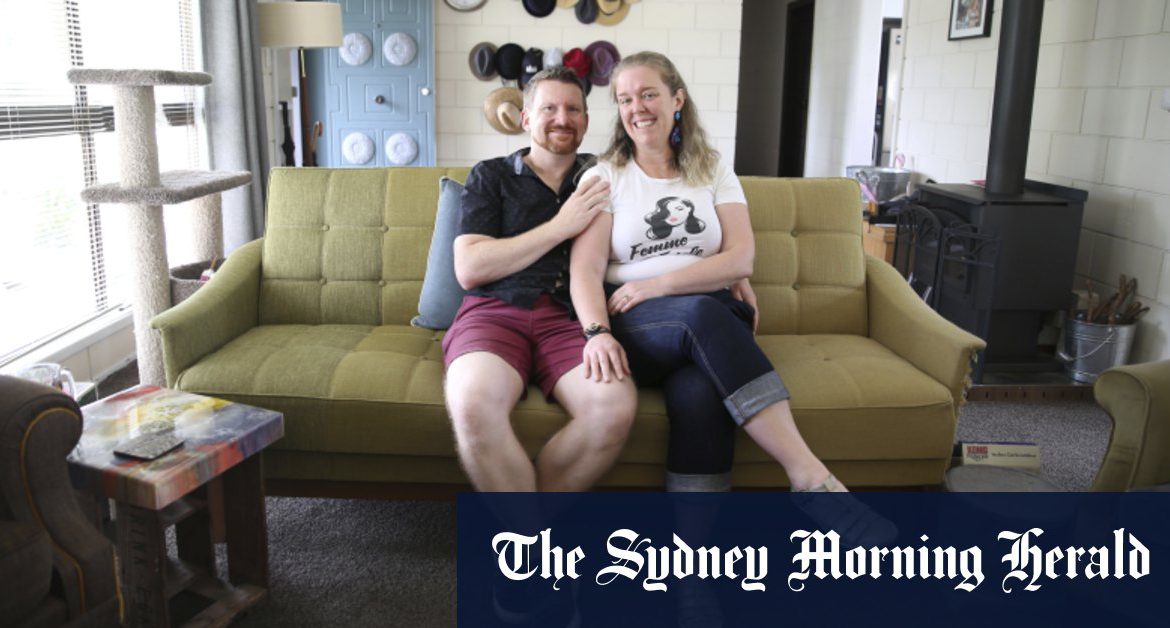 Domain reports that earlier this month the auction clearance rate reached 88.7 per cent in Greater Sydney, the highest since June 1997, and it remained at 88 per cent the following week.

Liz Allen, a demographer at the Australian National University, said Sydney was Australia’s biggest city because there were many benefits to living there.

“It is a global city, it’s connected, not just to the world but to vital infrastructure that has proven itself over time,” Dr Allen said.

“It’s also a place where people can find a community where they feel comfortable, whether that be the queer community or a particular religious or ethnic community.”

Dr Allen said people chose to live in a place to maximise their potential for education and employment, taking into account their lifestyle preferences. They would often stay put because of their social networks or if they lacked the financial resources to move.

Stuart Bucknell, 43, and his wife Katie Bell, 39, upgraded from an apartment to a house in the Sutherland Shire in October last year.

Stuart Bucknell and Katie Bell upgraded from an apartment to a house because prices fell and they were forced to save.Credit:James Alcock

Both Mr Bucknell, an IT professional, and Ms Bell, a social media manager, have been working remotely during the pandemic but they were not tempted to leave Sydney.

“Remote work is a door that is open that didn’t used to be open but the reality is I moved from the Sydney area to Melbourne a few years ago and then came back and the reason I’m here is because my friends and family are here,” Mr Bucknell said.

“It’s a beautiful part of the world, there’s a lot of nature close by, and we’re not too far from the city despite not having a very city sort of feel.”

Mr Bucknell said the couple never expected they could afford a house in Sydney but prices had come down a little during the height of the pandemic, their incomes were unaffected, and they saved a lot of money because they were forced to cancel planned holidays.

Mark and Heather Jones and their four children – Emily, 17, Daniel, 14, Toby, 11, and Ethan, 6 – love the lifestyle in Sydney and living close to the beach.Credit:James Brickwood

Meanwhile, Mark and Heather Jones, who run their own marketing business, sold up in Wahroonga on the upper north shore in May and, after a stint renting while househunting, moved with their four children to Davidson near Frenchs Forest in December.

Ms Jones, 45, said the couple decided to move closer to the children’s school, reduce their commute and reduce their mortgage debt.

They did consider whether to leave Sydney, contemplating moving to the country or heading overseas to San Francisco or Sweden. But they decided to save the tree change until they retire, and baulked at the northern European winters or moving to the US while Donald Trump was president.

“We decided to embrace the lifestyle that Australia and Sydney in particular affords us,” Ms Jones said. “We’ve got family here in Sydney, both of us do. We’ve got access to great coffee, great food, gyms, sporting activities for the kids. I can watch the stars at night from my backyard and the beach is 15 minutes away.”

Mr Jones, 46, also believed Sydney or Melbourne would provide the best opportunities for their children for university study or future employment, with their eldest now 17.

Caitlin Fitzsimmons is a senior writer for The Sun-Herald, focusing on social affairs.

Don't Miss it What’s safe after Covid-19 vaccination? Don’t shed masks yet
Up Next COVID-19 surge is now helping to create herd immunity