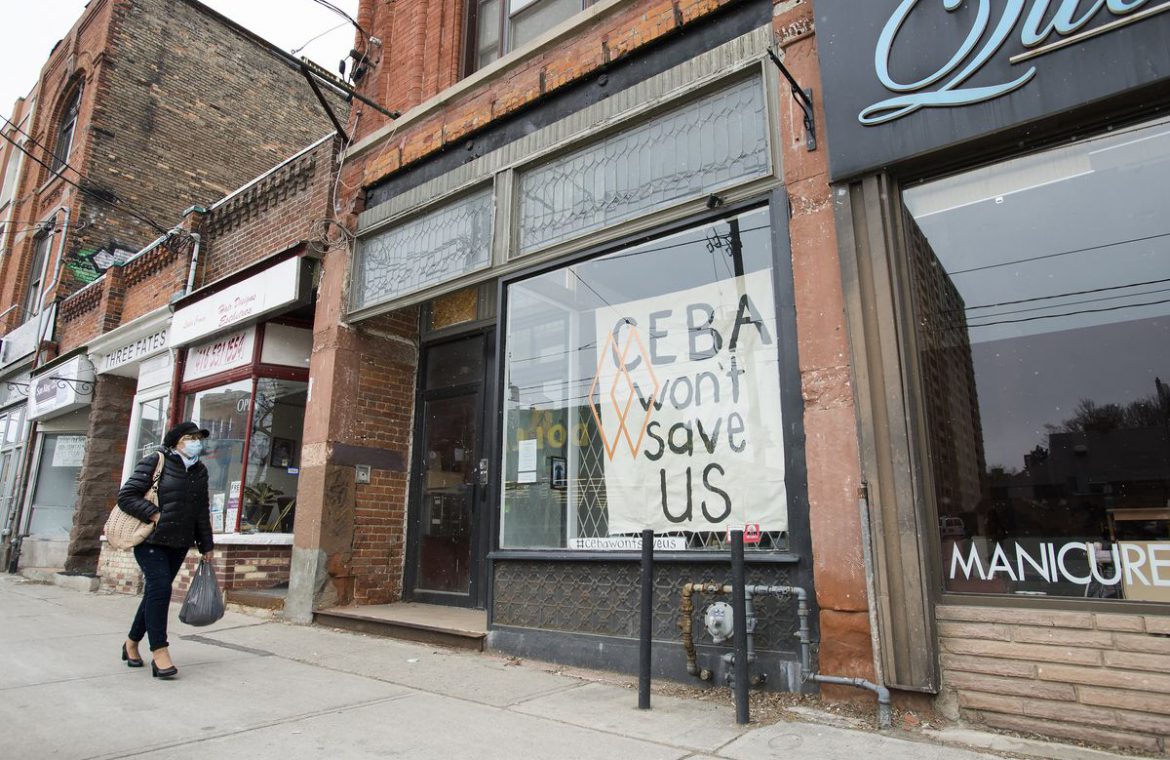 The Ontario government’s decision to maintain lockdowns in Toronto and neighbouring Peel Region has left retailers and store staff reeling, after making preparations to open their doors on Monday.

The province announced the change of plans on Friday, after local medical officers of health in Toronto and Peel urged public-health authorities to keep pandemic restrictions in place. Experts have warned that new COVID-19 variants could lead to a third wave of infections. The decision will leave stay-at-home orders in place for at least two weeks, keeping non-essential businesses closed to in-person shopping while retailers in other parts of the province have already been permitted to reopen at 25-per-cent capacity.

“Especially for small retailers, there’s no runway left,” said Retail Council of Canada president and chief executive Diane Brisebois. Because stores were due to reopen on Monday, many retailers had already rehired staff, purchased inventory to replenish their shelves and spent money on advertising. Ms. Brisebois said she had heard from retailers who are now being forced to lay off employees again.

On Friday, federal public-health officials said that even with current restrictions, by April Canada could be facing 10,000 new cases a day and lifting restrictions could lead to 20,000 a day.

In addition to the closings in the Greater Toronto Area, a stay-at-home order will remain in the North Bay Parry Sound Health Unit. Easing of provincewide restrictions was already delayed there, after a variant outbreak at an apartment building in North Bay.

York Region, which borders Toronto and Peel, will ease restrictions on Monday, allowing retailers to operate with the 25-per-cent capacity limit, and restaurants to serve a maximum of 10 customers. Ms. Brisebois cautioned that this will introduce a challenge last seen in November, when different regions of the province were subject to different rules.

“We saw the problem of people getting into their cars and going to Burlington, Hamilton, Niagara and other regions,” she said. “Are we not just repeating the mistakes of the past?”

At Baci Gifts in Brampton, which is in Peel Region, owner Grettel Comas has already purchased merchandise for spring, such as new doormats, planters and seasonal clothing. A sign in the window greets neighbourhood walkers with the message, “Hello beautiful! We take window shopping seriously!” Decals encourage passersby to order online or by phone for curbside service – or simply ring the doorbell – if they see something they like.

“Small businesses have been taking care of our customers,” she said. “Even one customer at a time was a relief for us. But at this time, there’s nobody.”

Dan Kelly, president and CEO of the Canadian Federation of Independent Business, said he has heard from retailers who are laying off staff they just called back. Some paid for ads to promote the reopening, and could not be refunded on short notice.

At outdoor retailer MEC, roughly 30 staff are back on the payroll awaiting the opening of its two Toronto stores. Management was faced with the decision to bring back temporary layoffs – which would mean employees facing a lag in unemployment benefits – or keep them on in hopes that the stores will be allowed to reopen in two weeks. MEC ultimately decided to find other tasks for those employees, such as allocating more online orders to be filled from the closed stores, and moving up its annual inventory count, which usually happens in March.

“Are we going to get 100-per-cent productivity out of it? No,” CEO Eric Claus said. “… It’s frustrating. We’re all hands on deck.”

On Friday, Statistics Canada reported that Canadian retail sales fell by 3.4 per cent in December to $53.4-billion, the sharpest drop since April.

The Retail Council’s Ms. Brisebois said the provincial and federal governments should work together to revamp some of the supports in place for businesses that have been forced to close down for a long period of time. For example, she said Ontario’s grants of up to $20,000 for affected businesses is “a drop in the bucket,” and believes new programs are needed, such as low-interest loans that are partly forgivable.

“Every day, every hour, more and more business owners are making the decision to hang up their keys forever,” CFIB’s Mr. Kelly said. “They’re just not going to survive this.”

Your time is valuable. Have the Top Business Headlines newsletter conveniently delivered to your inbox in the morning or evening. Sign up today.

Don't Miss it Another lockdown in Bengaluru if Covid-19 cases surge, warns BBMP Commissioner
Up Next UW-Madison student fights COVID-19 as cases spike at university