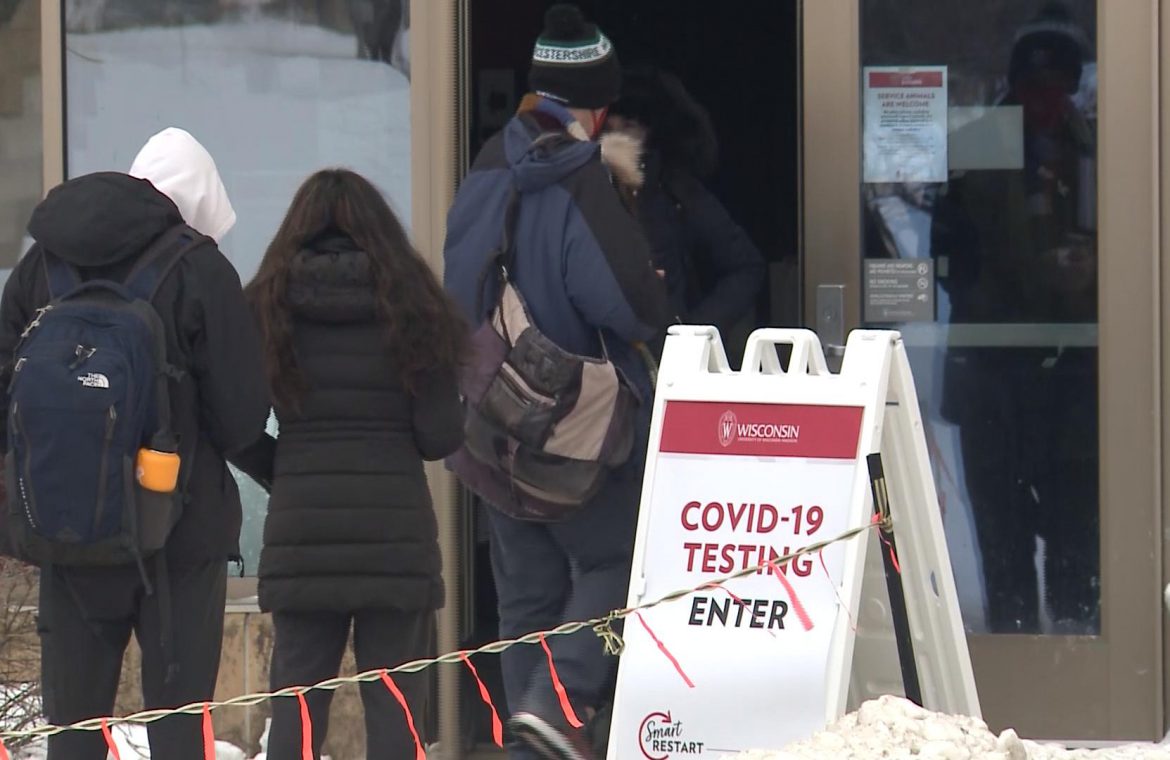 MADISON (WKOW) — About 1 percent of students are testing positive right now for COVID-19 at UW-Madison, a number that’s shot up recently and that epidemiologists say is too high.

Sophomore Madison Tessler is one of those students.

“I think I’ve been pretty careful, and I still ended up getting it,” she said.

We met Tessler and sophomore Brian Pfeffer on the first day of spring semester.

Pfeffer has stayed healthy. Tessler says she was with friends who tested positive last week, and then she tested positive herself — even though she’s been following the rules.

“When I’m with my friends and we’re inside, our masks are on unless we’re eating,” she said.

Tessler isn’t the only one testing positive recently.

Tuesday, 112 students tested positive — a jump of nearly 100 from the day before. Wednesday, there were 99 positive tests, and 67 on Thursday.

She and Pfeffer say with so many students on campus, it’s almost inevitable — especially in this weather.

“It has also been very cold out lately,” Pfeffer said. “So everyone’s been limiting their outside interactions, which has been making it hard to obviously social distance.”

“When you seen an uptick, you ask not what’s happening five days ago, but just two to three days ago,” he said. “For this week, the uptick is right after Valentine’s Day weekend.”

Sethi says contact tracers are reporting more than just love was in the air.

“People have been gathering, not always wearing masks, again right after Valentine’s Day weekend, so when you connect the dots, this is a reason to send a message to students that we don’t want this to continue to increase,” he said.

The answer: Stay smart, and keep to precautions — which means masks and distancing as much as possible.

The frequent testing is working as it should — catching cases, even a high number, early.

“I was asymptomatic, too, in the beginning,” Tessler said.

She tested positive before Valentine’s Day, and she’s happy the rapid tests caught it early so that she reduced her spread.

Tessler and Pfeffer both feel confident the numbers won’t get out of control like they did in the fall.

“Just knowing that you have to get tested every couple days, even if you have no symptoms, just the fact that you know if you’re positive or not is very beneficial to everybody,” Pfeffer said.