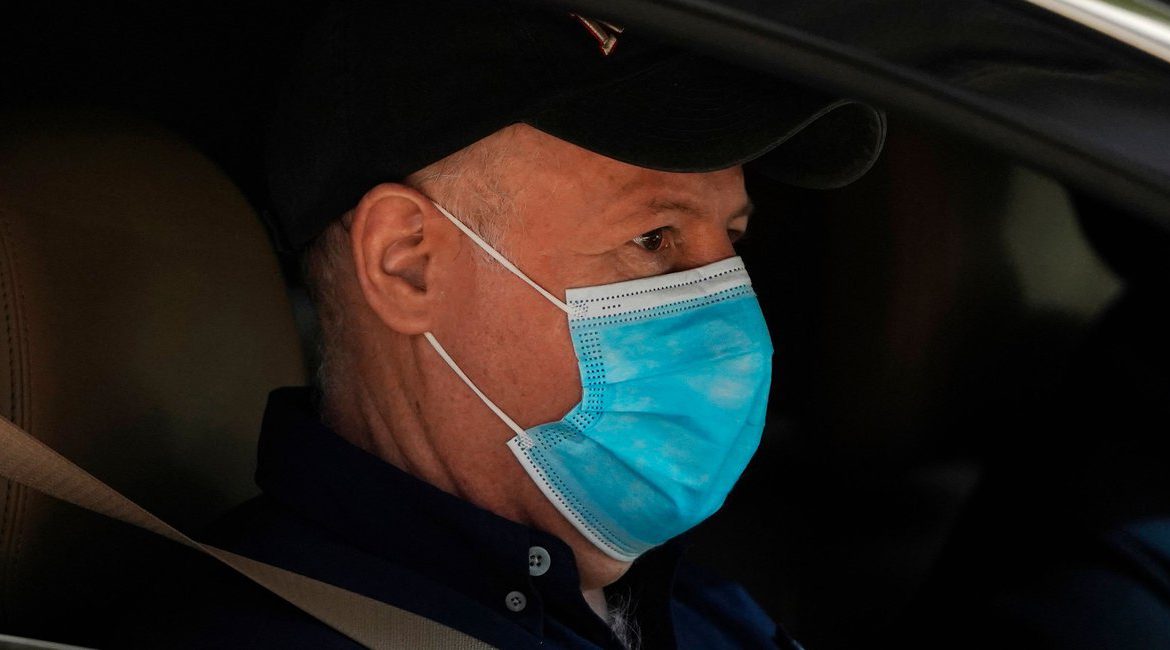 As New York approaches the first anniversary of the COVID-19 pandemic, a research mission conducted by the World Health Organization and China is trying to unravel how the virus originated.

The mission released its first batch of results on February 9th, saying the coronavirus likely first appeared in humans after jumping from an animal. But questions remain over which animal was involved, as well as when and where that happened.

Dr. Peter Daszak, a member of the WHO team, says researchers have more work to do.

“That work needs to be done in collaboration with China,” said Daszak, the president of EcoHealth Alliance in New York City, an organization that studies the interplay between animals, humans, the environment and the emergence of infectious disease. “It’s not going to happen if we see these continued attacks on science, continued attacks on China as a source.”

Here’s what he told WNYC’s David Furst about the trip and what to expect next from the ongoing research quest.

Ten experts from ten nations headed to China to partner with researchers there. You documented some of your experience on Twitter, but what was it like when you first arrived?

Well, it’s quite an experience. The thing that you notice first is how seriously China takes quarantine. I mean, we were shuffled off the airplane by people wearing full PPE. We were taken through a separate exit and tested straight away, put in a hotel room and the door was locked for 14 days. And everyone who came to that hotel room door was dressed in full PPE, and our trash was taken out in a biohazard bag. I’m now back in my own quarantine here in New York and it’s a four-day quarantine if you test negative. So the difference is remarkable.

And goodbye to my “kitchen”, “bar” & infectious waste disposal trash bag (quarantine rules consider all trash potential biohazard until 14 days over). Surprisingly easy to do 14 days in quarantine, the high workload meant days have sailed by & this is a v nice hotel. pic.twitter.com/F1Eesx9suN

Let’s talk about what many consider to be ground zero for the pandemic, the Huanan seafood market in Wuhan. The first cases were linked there and Chinese investigators had looked into the market long before the WHO team arrived. What did you learn about the market that wasn’t public before?

Well, first of all, we visited the market, which was pretty important. I think we’re the first Westerners to go there, and who knows how long that market will still be there. It’s closed.

It’s striking when you go in there, you see what essentially is like many markets across Southeast Asia. And it was probably a very busy place. It’s got lots of stalls that sell seafood, but also stalls that sell wildlife meat and wildlife products. And that includes carcasses of animals, which it turns out we know are able to carry SARS-related coronaviruses.

So there is a clear risk factor at the market for the origin of COVID, and that was a new finding from this mission. It was work done by China that was presented to us for the first time.

Does the WHO team still consider the market to be where the virus spilled over from animals to humans? What about other markets in the area? Could they be the source?

Wuhan… it’s a big city. We’ve also got other markets in Wuhan that haven’t been investigated in as much detail. That may be the origin. It’s unclear. There is evidence of extensive spread in December within the city of Wuhan, in other places, too.

Huanan Wholesale Seafood Market, where a number of people related to the market fell ill with a virus, sits closed in Wuhan, China, January 21, 2020.

Now, you and your colleagues still suspect that this coronavirus came from animals, right? You and your organization have also been the subject of these conspiracy theories around the idea of a lab leak given past collaborations with the Wuhan Institute of Virology. What do you say to people who still believe in these theories?

Well, you’ve got to look at every possibility. I understand why people look at a biosecurity lab where we are not allowed in, where mysterious things go on in there, and think something bad happened.

But look, the problem is diseases emerge because of our activities around the planet…deforestation, wildlife trade. The evidence is clear. And if we keep looking at these labs and pointing the finger then we’re missing the real picture.

We’re still doing those things to the planet and viruses will continue to emerge unless we deal with those issues. That’s my key problem with the conspiracy theories.

Can we even talk about the outcome of this mission as having a conclusion? That’s probably the wrong word. How do you know? What is the resolution here?

Well, like all good science, it never ends. You’re pushing forward and then you find more, then you’ve got to dig deeper. So this is really the first step. And what we can say is we went in there with multiple hypotheses on the origin.

We looked at each one. We visited the lab, we talked to the lab people, and we came to the conclusion that that was extremely unlikely as a source. What we looked at and other hypotheses are more likely, and in particular, this idea of a bat-origin virus getting into a wildlife farm and then being funneled through the wildlife trade into the market was the most likely scenario right now.

Lots of work needs to be done. It’s fair to say that China tested those animal carcasses in that market and found them to be negative. So we don’t have the smoking gun yet.

We need to do more work, and that work needs to be collaborative with China. And that’s not going to happen if we see these continued attacks on science, continued attacks on China as a source. So we’re all part of this together. Let’s work together to find the next answers to this.

Don't Miss it The pros and cons of online booking portals for COVID-19 vaccines once mass immunization begins
Up Next Arts sector struggling to survive coronavirus pandemic | 7.30