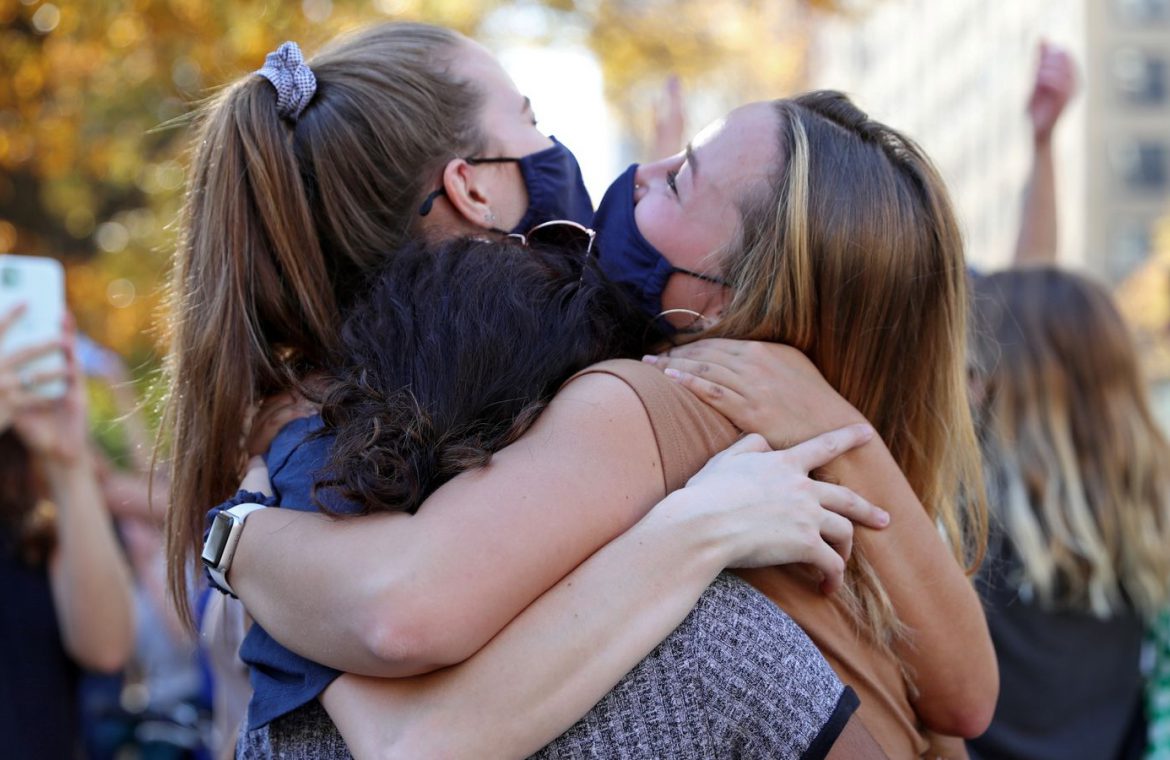 The prime minister has said England is going to start “reclaiming our freedoms” – with all legal limits on people’s social contact set to end by 21 June.

Unveiling his long-awaited roadmap for easing the country’s third COVID-19 lockdown, Boris Johnson said he hoped the nation was on a “one-way road to freedom” after a “wretched year”, declaring: “The end really is in sight.”

After schools reopen on 8 March, with some outdoor restrictions lifted by 29 March, Mr Johnson said the next step would be to reopen beer gardens and hairdressers in England from 12 April at the earliest.

By May 17 people could be allowed to hug others outside their household bubble again.

The PM told MPs the dates in his four-stage plan were not set in stone and were the earliest possible points at which the restrictions could be lifted.

Nevertheless, Mt Johnson has now provided full details of his long-awaited plan that foresees a significant return to normality in four months. Key dates include:

• 12 April at the earliest: Non-essential retail, hairdressers, nail salons, gyms and outdoor areas in hospitality venues (such as beer gardens) set to reopen – along with libraries, museums, zoos and theme parks. Self-contained accommodation will reopen, but people will only be able to stay with members of their household

• 17 May at the earliest: Pubs, restaurants, cinemas, hotels, B&Bs and children’s play areas set to open their doors once more, with crowds of up to 10,000 allowed at performances and sporting events. Most rules on social contact outdoors will be lifted, while two households or groups of up to six people will be allowed to mix indoors. Up to 30 people will be allowed at weddings, funerals, wakes, receptions and christenings

• 21 June at the earliest: All legal limits on social contact set to be removed, with the remaining sectors of the economy reopened. Ministers also hope to make a decision on whether restrictions can be lifted on weddings

With restrictions for some businesses set to continue into the summer, Mr Johnson indicated that taxpayer-funded support schemes will be extended, telling MPs: “We will not pull the rug out.”

The advice on social distancing will be updated “as soon as possible” and no later than step three (17 May), meaning friends and family may finally be allowed to hug each other again.

A series of reviews have also been launched by the government, including on whether “COVID status certification” could help reopen the economy.

This would involve allowing people who have received a vaccine or returned a negative test to do things which would not be possible for those who could not prove their status.

A research programme will undertake a series of pilot schemes involving testing and other measures to hold events with larger crowd sizes.

And the rules around international travel will also be reviewed, with 17 May earmarked as the earliest possible date that Britons can head off on a foreign holiday.

The PM said his roadmap would “guide us cautiously but irreversibly towards reclaiming our freedoms”.

He said the threat from the virus “remains substantial”, but added the restrictions were able to be relaxed because of the “resolve of the British people” and the UK’s “extraordinary” vaccination programme.

Mr Johnson said lifting lockdown would result in “more cases, more hospitalisations and sadly more deaths” regardless of when measures were eased, “because there will always be some vulnerable people who are not protected by the vaccines”.

But the PM said there was “no credible” route to totally eradicating coronavirus and achieving a “zero-COVID” status, adding that restrictions which “debilitate our economy, our physical and mental wellbeing and the life chances of our children” cannot remain in place “indefinitely”.

There will be a five-week gap between each stage of the roadmap, with the announcement that England will move to the next phase to be made at least seven days in advance.

If one of the stages is delayed, that will have a knock-on effect for the others, as the five-week gap will be maintained.

Mr Johnson defended the pace at which measures will be relaxed, saying that moving any faster would “increase the risk of us having to reverse course and reimpose restrictions”.

He told MPs that progress through the stages of the roadmap would be “led by data not dates” and subject to four tests continuing to be met:

“I know there will be many who will be worried that we are being too ambitious and that it is arrogant to impose any kind of plan upon a virus and I agree that we must always be humble in the face of nature and that we must be cautious,” the PM acknowledged.

“But I really also believe that the vaccination programme has dramatically changed the odds in our favour, and it is on that basis that we can now proceed.”

However, Mr Johnson said the government could not rule out reimposing local or regional restrictions “if evidence suggests they are necessary to contain or suppress a new variant which escapes the vaccines”.

The prime minister has already confirmed all pupils will return to the classroom on 8 March – and he told the Commons secondary school pupils and college students would be tested twice weekly.

Outdoor recreation with one other person will also be allowed from that date, meaning people can sit together in a park with a coffee, drink or picnic.

From 29 March, larger groups will be able to meet outside – including in private gardens – up to a maximum of six people or two households.

Sir Keir Starmer urged the PM to listen to his scientific advisers and not lockdown sceptics on the Conservative backbenches when it comes to plotting a course out of lockdown.

“If he does not, we will waste all the sacrifices of the last 12 months,” the Labour leader warned.

MP Mark Harper, leader of the COVID Recovery Group of Tories, again asked Mr Johnson why restrictions will continue beyond the end of April, when the government hopes to have offered everyone in the top nine priority groups a vaccine.

Don't Miss it Tasmanian salmon farmer Huon Aquaculture hit hard by coronavirus | ABC News
Up Next Australia’s COVID-19 vaccine rollout is underway. Here’s how to prepare for your COVID jab