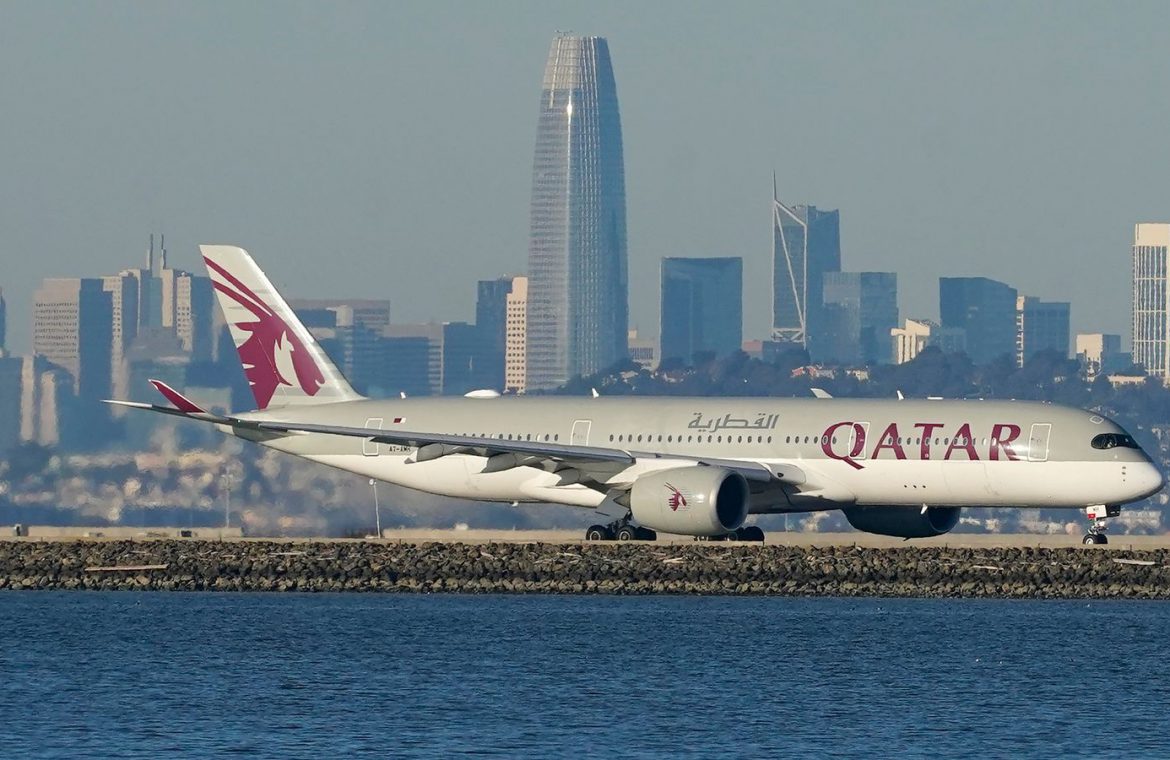 Qatar Airways has told some pilots made redundant during the coronavirus crisis that they should apply to rejoin the airline as it plans to increase services.

In a letter to “former crew colleagues”, seen by Sky News, the airline says it is “now looking to restart recruitment activities to adequately resource our Boeing operations, and would like to invite you to rejoin the airline at the earliest opportunity”.

It’s a rare sign of positivity in an industry hard hit by the pandemic which, despite the successful rollout of COVID-19 vaccines in countries like the UK, faces severe restrictions for many months to come.

Follow live coverage on Sky News as the PM is expected to address the House of Commons at 3.30pm and lead a Downing Street news conference at 7pm

The move is likely to reignite concerns airlines are quick to jettison staff during a crisis only to rehire them at a later date – potentially on worse terms and conditions.

Qatar – one of a number of Gulf-based airlines that were growing fast before the coronavirus pandemic hit – says it is rebuilding its global network and will actually extend the carriers’ Boeing fleet.

The airline is calling back Boeing 777 and 787-trained pilots who were made redundant in the last year as the scale of the crisis became apparent and passenger numbers collapsed for airlines worldwide.

The letter is noticeably urgent in tone – asking pilots to respond immediately and offering to “welcome them back to flight operations in the near future”.

Qatar Airways chief executive Akbar Al Baker has said the airline has already made 15% of its staff redundant and warned local media in recent days that it could be forced to make more cuts.

Despite this, the letter says: “You may have been following the airline’s significant efforts and achievements in overcoming the challenges posed by the COVID pandemic in recent months.

“We are pleased to say this has not only included the gradual rebuilding of our global network, which currently stands at 130 destinations, but also an extension of the airline’s Boeing fleet.”

It continues: “A member of the Pilot Recruitment and Selection team will be in touch with you shortly to discuss your current availability …and the rejoining process”.

Mr Al Baker had previously told Sky News that the airline hoped to rehire staff let go during the crisis, saying: “We will give priority to the people that we laid off to come back and again serve at Qatar Airways.

Qatar is just one of many airlines to have made thousands of redundancies and slash pay and conditions in the face of the biggest crisis to hit aviation in living memory.

British Airways owner International Airlines Group will this week unveil a loss of as much as £5bn for 2020 and is making some 12,000 people redundant at the British flag carrier.

IAG revealed on Monday it had secured a £2bn loan and agreed £450m in pension payment deferrals as it further bolsters it balance sheet with many months of restrictions ahead.