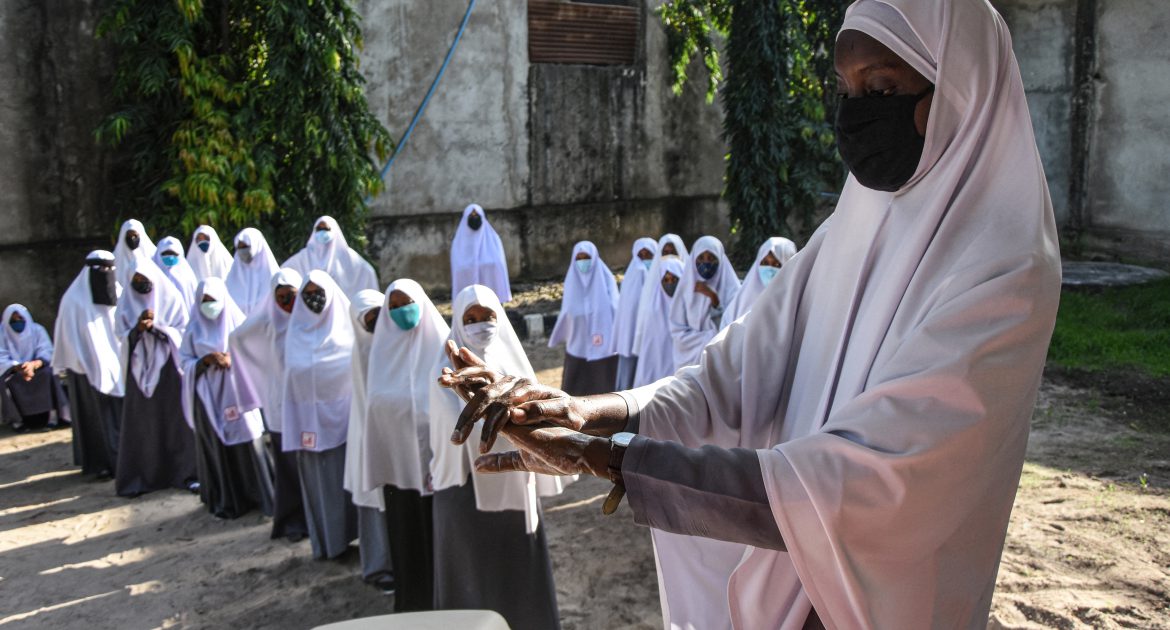 The president of Tanzania has urged its citizens to take preventive measures against the coronavirus after downplaying the disease for months and claiming it had been defeated by prayers.

Speaking during a Sunday church mass in the capital Dodoma, President John Magufuli urged citizens of the East African country to take precautions and wear face masks – but only locally made ones.

Over the course of the pandemic, Magufuli has expressed wariness about foreign-made goods, including COVID vaccines.

Church members wait for worshippers to take their temperature during a Palm Sunday mass in Dar-es-Salaam [File: Ericky Noniphace/AFP]A few hours later, the health ministry issued a statement also calling on people to wear face masks and wash their hands to prevent COVID-19 infections, according to local media.

The president’s comments came a day after the World Health Organization’s chief Tedros Adhanom Ghebreyesus urged Tanzania to take “robust action” to tackle the outbreak in the country as “the situation remains very concerning”.

The call for action came after a number of Tanzanians travelling to neighbouring countries and beyond tested positive for the coronavirus, according to a statement issued by the WHO.

Others recently expressing concern include the United States and the local Catholic church.

Here is a statement we have just issued on #Tanzania and #COVID19: https://t.co/DRKsx64vwk pic.twitter.com/RcTgy3Q0Y6

The country of 60 million people mourned the death of one of its highest-profile politicians, the vice president of the semi-autonomous island region of Zanzibar, whose infection with COVID had been announced by his political party. Magufuli’s chief secretary also died in recent days, though the cause was not revealed.

Magufuli, speaking at the chief secretary’s funeral in a nationally televised broadcast on Friday, had urged the nation to participate in three days of prayer for unspecified “respiratory” illnesses that had become a challenge to the country.

Tanzania has not updated its number of coronavirus infections since April as the president has insisted COVID-19 had been defeated.

Tanzania’s official number of coronavirus infections remains at just 509, but residents report many people have become ill with breathing difficulties and hospitals have seen a rise in patients diagnosed with “pneumonia”.