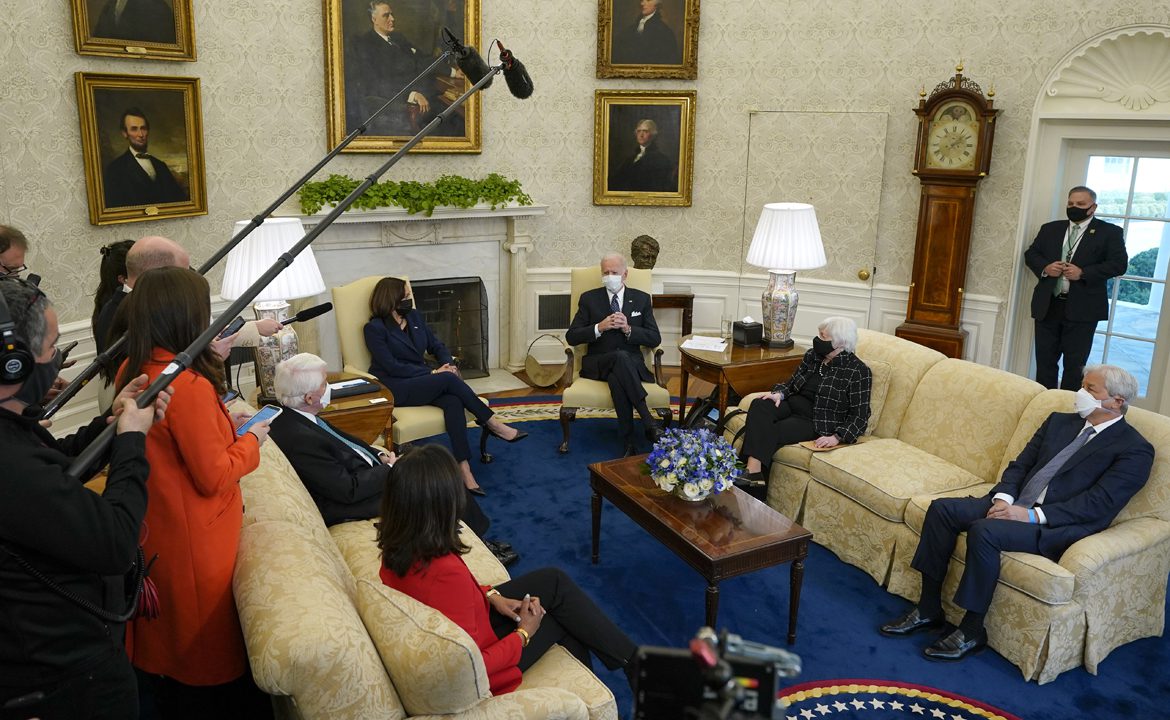 Former Trump senior adviser Kevin Hassett provides insight into the next stimulus package and his outlook for the economy amid inflation concerns.

More than 150 chief executive officers from some of the nation’s biggest and most influential businesses endorsed President Biden’s coronavirus relief plan on Wednesday, urging congressional leaders to pass the $1.9 trillion bill “swiftly.”

The group of top executives includes those who represent powerful business interests across a slew of industries, including technology companies like Google, Intel and Qualcomm, Wall Street and investment firms Blackstone, Morgan Stanley and BlackRock and hospitality and leisure companies such as Patagonia, United Airlines and American Airlines.

MOST AMERICANS EXPECT TO SAVE THEIR $1,400 STIMULUS CHECK, NOT SPEND IT, NEW ANALYSIS SHOWS

“Previous federal relief measures have been essential, but more must be done to put the country on a trajectory for a strong, durable recovery,” the executives wrote in an open letter addressed to the four top party leaders. “Congress should act swiftly and on a bipartisan basis to authorize a stimulus and relief package along the lines of the Biden-Harris administration’s proposed American Rescue Plan.”

In the one month since he’s taken office, Biden has made a relentless push for lawmakers to pass the large-scale aid package, which includes a third $1,400 stimulus check, increases supplemental unemployment benefits to $400 a week through August, allocates $350 billion in funding to state and local governments and provides $160 billion to accelerate vaccine distribution, among other provisions.

AMERICANS COULD OWE $50B IN TAXES ON UNEMPLOYMENT BENEFITS THIS YEAR

Lawmakers have already approved nearly $4 trillion in stimulus measures under former President Donald Trump, bringing the nation’s deficit to a record $3.1 trillion for the 2020 fiscal year. The national debt is poised to hit $28 trillion.

Congressional Democrats are on track to approve the massive aid package by mid-March, using a procedural tool known as budget reconciliation to muscle through the bill without any Republican buy-ins. GOP lawmakers have slammed the size and scope of the measure, with Senate Majority Leader Mitch McConnell decrying the legislation as “totally partisan.”

But the letter from the top executives could help to support Democrats’ arguments that another massive round of emergency spending is needed to combat the economic fallout from the pandemic. Signatories include David Solomon, Sundar Pichai and Larry Fink, as well as Lyft co-founder John Zimmer, DoorDash CEO Tony Xu, AT&T CEO John Stankey and Wells Fargo CEO Charles Scharf.

“The American Rescue Plan provides a framework for coordinated public-private efforts to overcome COVID-19 and to move forward with a new era of inclusive growth,” they wrote. “The country’s business community is prepared to work with you to achieve these critical objectives.”