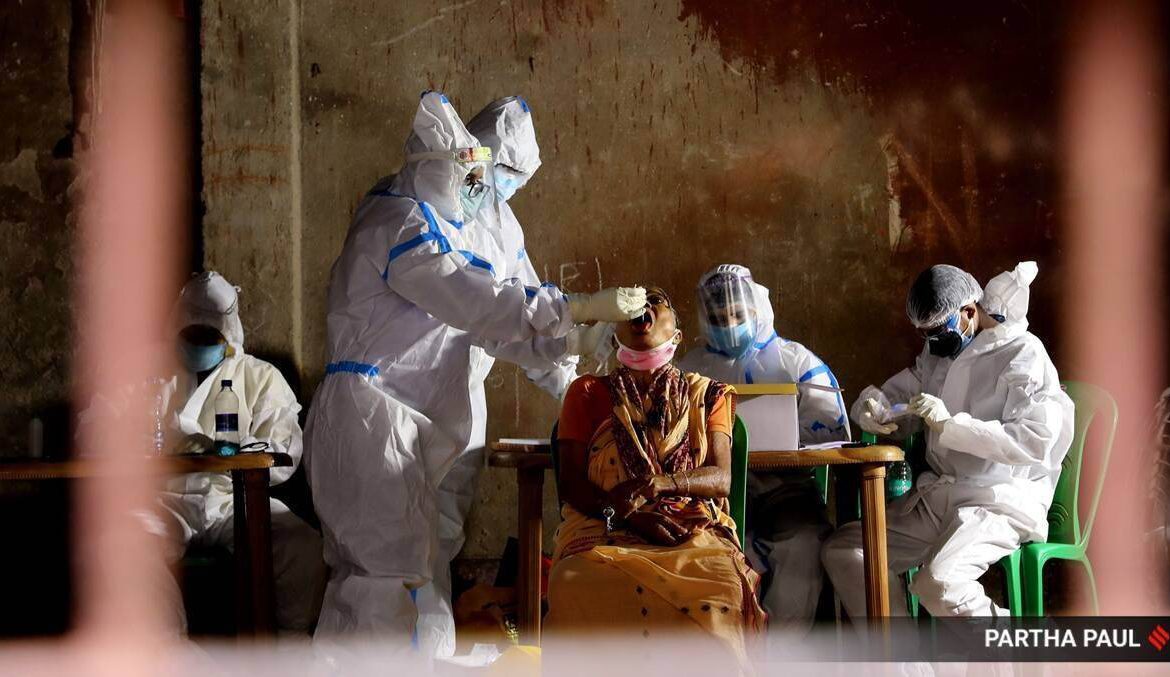 The Centre said on Tuesday that two new Covid-19 strains have been detected in three states — Maharashtra, Kerala and Telangana — but there is no scientific evidence to suggest that the recent surge being reported by the first two states is linked to these variants. This is in addition to the three other strains — from UK, South Africa and Brazil — reported earlier.

Responding to Wipro founder Azim Premji’s suggestion on engaging private players to accelerate Covid-19 vaccination, the Centre said private hospitals would “be utilised in large numbers” in the next phase of vaccinating the 27 crore priority group, set to begin in March.

Addressing the weekly briefing, Dr V K Paul, Member, NITI Aayog, said the Indian SARS-CoV-2 Genomic Consortia (INSACOG) has detected two variants – N440K and E484K. “We are also looking for any abnormal shift or change in the virus character… There are two variants in Maharashtra that have been detected: N440K and E484K variants… E484K variant has also been found in Kerala and Telangana,” he said.

E484K is commonly termed as an escape mutation as it helps the virus slip past the body’s immune response; N440K is associated with greater binding affinity with human receptors and linked with faster transmission capability.

“The INSACOG is doing comprehensive tracking of virus strains. The effort has gathered pace and we have sequenced 3,500 samples. We have detected UK strain in 187 individuals through this process; in six persons, we have detected South African variant; and in one case, we have detected Brazil variant,” he said.

While five Covid-19 variants have been detected so far, there is no evidence to suggest that these new strains are responsible for the upsurge being reported in states such as Maharashtra. Surveillance and containment measures, and Covid-appropriate behaviour remains key.

Paul, however, underlined that the surge in Covid-19 cases in Maharashtra and Kerala cannot be attributed to the mutant strains. “Today, based on information available to us, these five variants are present. But there is no reason for us to believe, on the basis of scientific evidence, that these are responsible for the upsurge of the outbreak you see in some districts of Maharashtra and Kerala. We are constantly watching the behaviour of mutations,” Paul said.

“Reporting only the detection does not lead to any attribution for any phenomenon on the ground. Because to relate an occurrence of a virus to change and disease pattern, other epidemiological and clinical information has to be linked to these mutations… you attribute its effect only when you relate it to transmissibility or mortality or any unusual behaviour,” Paul said.

Paul said the two variants were detected even before the INSACOG was established. “E484K was detected between March and July. However, there was no effect… we are looking for scientific evidence systematically which makes any attribution possible,” he said.

Paul said the upsurge in cases being reported in Maharashtra, Kerala, Punjab, Chhattisgarh, Madhya Pradesh and Jammu & Kashmir was a “warning signal”. “We are still vulnerable… There are many things about the virus and epidemiology that we don’t know. Therefore, we can see that even where a high-intensity pandemic has taken place in a city like Pune, the resurgence of cases is happening. We should remember that other cities are vulnerable, where seroprevalence is still lower…this is a reality check and warning signal to us,” he said.

Union Health Secretary Rajesh Bhushan said expert teams being sent to the six states and Union Territory would brief the chief secretaries and health secretaries on the steps that need to be taken. “The central team of public health experts and epidemiologists will find the reason behind the surge. Is it non-appropriate Covid-19 behaviour? Is it due to a super-spreading event? The teams will find out the exact reason,” he said.

“As of now, this surge cannot be linked to the variants. However, the proper use of masks and Covid-19 appropriate behaviour should continue. We should avoid mass gathering,” said Dr Balram Bhargava, DG, ICMR.