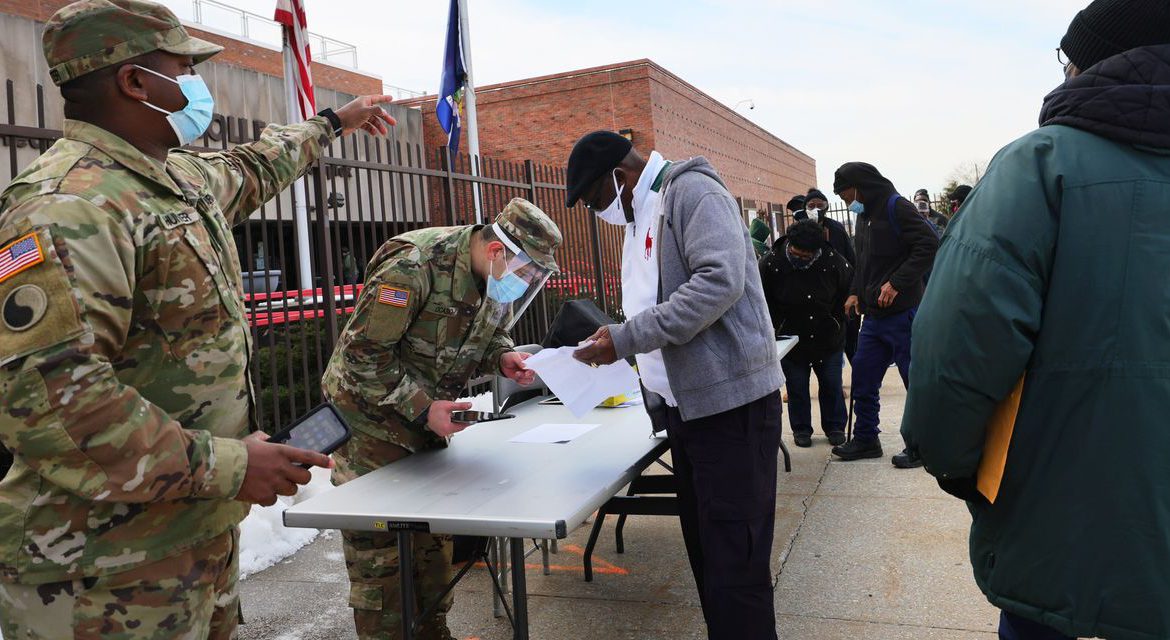 Newly reported coronavirus cases in the U.S. rose slightly for the second day in a row, as expectations grew that a third vaccine would soon be approved for use in the country.

The U.S. reported 74,502 new cases for Wednesday, according to the latest data compiled by Johns Hopkins University. Wednesday’s figure marked a rise from Tuesday’s revised total of 71,436, and is similar to levels seen in late October, before the latest wave of infections, which peaked in January. Winter storms last week likely created lags in data reporting.

Hospitalizations in the U.S. have been on the decline for more than 40 consecutive days. As of Wednesday, 54,118 Covid-19 patients required hospitalization, down by more than 51% from a month earlier, according to the Covid Tracking Project. The number of Covid-19 patients in intensive-care units fell to 11,026, the fourth day in a row the figure has been under 12,000.

The nation’s death toll topped 506,000 as 3,230 fatalities were reported for Wednesday, a number likely affected by a backlog of deaths in Los Angeles County. In California, the death toll topped 50,000, the highest of any state, according to Johns Hopkins data. California, the nation’s most populous state, also has the highest number of coronavirus cases in the country, with more than 3.5 million people testing positive.

Despite the continuing elevated case numbers, vaccine rollouts across the country are making progress. Around 13.6% of the U.S. population has now been given at least one dose of a Covid-19 vaccine, according to a Wall Street Journal analysis of data from the Centers for Disease Control and Prevention. Vaccination levels vary by state, with 21.3% of Alaska residents having received one dose, while 11.4% of Utah residents have received a single dose.

The U.S. Food and Drug Administration said that Johnson & Johnson’s single-dose Covid-19 vaccine works safely, paving the way for it to authorize a third vaccine in the U.S. as early as this weekend. The vaccine was 66.1% effective in preventing moderate to severe disease and appeared safe, the FDA said Wednesday, and the shot also showed tantalizing signs of slowing the spread of the virus.

Separately, a new Israeli study showed that the Covid-19 vaccine from Pfizer Inc. and BioNTech SE is equally effective across all age groups, including those over 60. The Pfizer vaccine provided around 94% protection against developing coronavirus symptoms across all age groups above 16 years old, one week after the second shot of a recommended two-dose regimen, according to a study by researchers from Israel’s Clalit Research Institute and Harvard University. The study also found the vaccine is 92% effective in preventing severe disease.

As worries grow about the impact of new variants, Moderna Inc. said it has made the initial batch of doses of a new Covid-19 vaccine designed to better protect people against a new strain of the coronavirus that has shown some resistance to the company’s original vaccine. The company on Wednesday said it shipped the new shots to the National Institutes of Health to conduct the first human study of the variant vaccine, which could start within weeks.

Don't Miss it Covid-19 guidelines at airports in India
Up Next After 56 years together, COVID-19 forced them apart