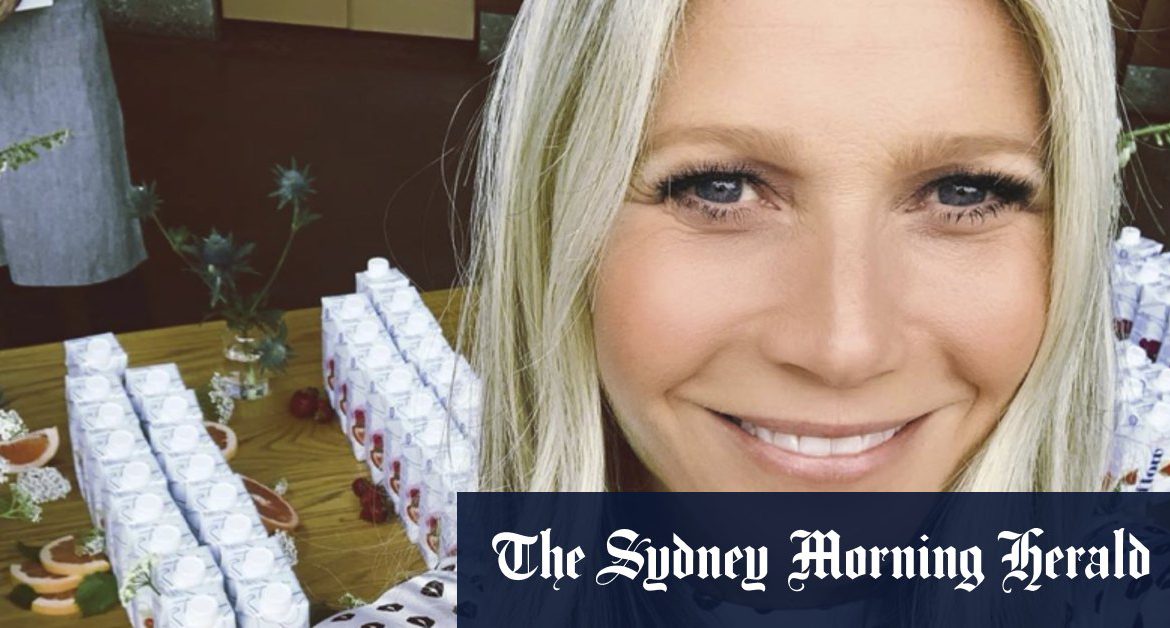 But medical experts did not share the same enthusiasm for Paltrow’s sugar-free kimchi and kombucha for treating COVID-19 side-effects. Her claims drew the ire of the boss of Britain’s National Health Service who hit out at “misinformation”, according to UK reports.

“We wish her well, but some of the solutions she’s recommending are really not the solutions we’d recommend,” said NHS national medical director Professor Stephen Powis. “We need to take long COVID seriously and apply serious science. All influencers who use social media have a duty of responsibility.”

“Maybe those things made her feel better about herself … but it doesn’t mean those things had an objective impact on COVID-19 symptoms,” he said. “[It’s] likely that she was recovering spontaneously anyway.”

Long-haul COVID-19 – where people experience effects from the virus for weeks or months after infection – is a genuine concern, but Professor Senanayake said most people’s symptoms naturally improved over time.

The outcomes are worse for people who are hospitalised. One study of almost 400 COVID-19 patients found that more than half reported fatigue or breathlessness one to two months later.

It’s unclear when exactly Paltrow had COVID-19 or how severe.

Professor Senanayake said he had a problem with celebrities and influencers commenting on issues that were outside their skill set.

“Anyone on social media who has a platform where they can influence so many people needs to be responsible,” he said.

He called for government organisations to partner with influencers to promote evidence-based advice. He said scientists were still investigating how best to treat long COVID-19, including studies involving breathing exercises.

Swinburne University dean of health sciences Professor Bruce Thompson said claims such as those by Paltrow risked distracting people from important fact-based messages, for instance about the vaccine.

He added that living a healthy lifestyle by limiting alcohol and sugar was great, but suggesting this could treat symptoms was risky particularly for those with comorbidities.

“You can cause serious harm by saying things that are fundamentally wrong,” Professor Thompson said.

Paltrow has been at the centre of several health controversies over the years, including a lawsuit that was launched after her website suggested women insert jade eggs insert into their vagina to “get better connected to the power within”.

But she doesn’t always go wrong. She was posting about wearing face masks back in February last year, long before much of the western world. And while she thinks she started something of a trend (“This is a familiar pattern in my life. I do something early, everyone is like, ‘What is she doing? She’s insane.’ And then it’s adopted by the culture,” she told New York Times last week), this is the kind of positive behaviour that medical experts say she should stick to.

Get a little more outta life

Start your week with practical tips and expert advice to help you make the most of your personal health, relationships, fitness and nutrition. Sign up to our Live Well newsletter sent every Monday.

Sophie is Deputy Lifestyle Editor for The Age and Sydney Morning Herald.

Most Viewed in Lifestyle