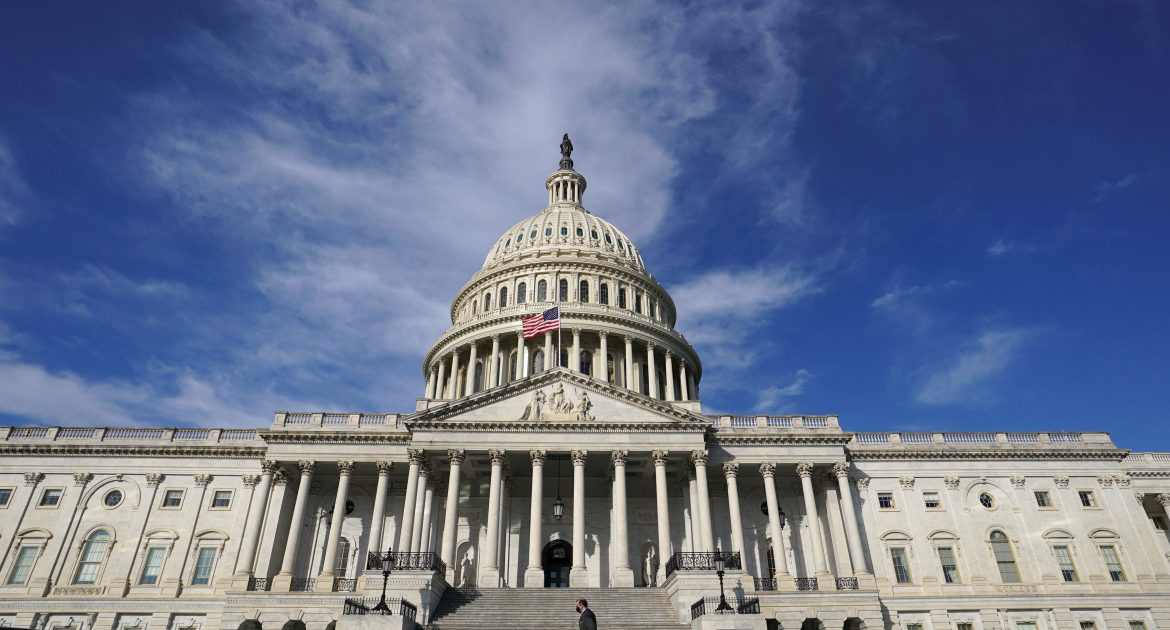 The US House of Representatives is poised to approve a $1.9 trillion COVID-19 relief bill on Friday even as Republicans unify in opposition to the measure backed by President Joe Biden.

The legislation, drafted by Democrats, is aimed at resolving the twin crises confronting the United States in the coronavirus pandemic and the economic collapse it has caused.

Titled the American Rescue Plan, it is President Biden’s top legislative priority within the first 100 days of his presidency and is designed to put the US on a path to economic growth. The bill must also pass the Senate and Democrats are pushing for the final passage of the legislation in mid-March.

“We have the ability to crush this virus and get more resources where they are needed to prevent more loss, more devastation and more economic carnage,” said Representative James McGovern.

“This is a crisis and it is an emergency,” said McGovern, the Democratic chairman of the House Rules Committee, which is preparing the legislation for House debate and a vote late on Friday.

After failures by the former Trump administration to acknowledge the real threat of the virus, McGovern said, “the time has come for us to understand that this is a national problem”.

The bill would provide up to $1,400 in direct payments to individuals earning less than $100,000 a year, extend federal unemployment benefits through August for people who are out of work, and provide continuing payroll support to small businesses struggling to survive.

The bill includes $350bn in federal aid to states and localities that have seen public revenues decline and costs increase during the pandemic.

Public K-12 schools are allocated $130bn over three years to begin to reopen and recover from shutdowns that, according to a McKinsey & Company estimate, have caused US students to lose nine months to a year of learning.

The bill provides $30bn in rental and housing assistance and would extend a federal moratorium on rental evictions through September, kicking a looming crisis down the road for an estimated 14 million households that have not been able to keep up with monthly payments.

Democrats who control Congress are using expedited procedures under annual budgeting rules to advance the spending program without Republican support.

“Clearly, pent-up demand and frustration with the previous administration pushed President Biden to want to get something done quickly in the midst of this virus,” said Bill Hoagland, senior vice president at the Bipartisan Policy Center in Washington.

While Biden probably would have been able to forge a compromise with enough Senate Republicans to win bipartisan support, he would have been forced to accept a lesser $1 trillion package instead of $1.9 trillion, Hoagland told Al Jazeera.

“He’ll get the $1.9 trillion but given that they’ve used this first round as somewhat of a partisan approach, it is going to make it even more difficult to achieve some of Biden’s other major objectives,” Hoagland said.

A first casualty appears to be Biden’s proposed increase in the US minimum wage to $15 an hour by 2025, which would boost earnings for an estimated 30 million workers nationwide. Included in the House bill, it is likely to be knocked out in the Senate.

Democratic Senator Joe Manchin had been pushing for bipartisan compromise on COVID-19 relief legislation. He opposes an increase in wages to $15 an hour [File: Kevin Lamarque/Reuters]Democratic senators Joe Manchin and Kyrsten Sinema oppose the increase and Senate procedures require a steep 60-vote threshold for policy changes like raising the minimum wage, posing an additional obstacle.

Meanwhile, Republicans lined up against the $1.9 trillion bill as irresponsible overspending – the US Treasury will have to borrow the money to implement the bill – and decried Biden’s failure to live up to his early pledges to restore bipartisanship in Washington.

“We could actually have a bipartisan bill if it is the will of the majority and the will of President Biden to have a bill that provides temporary, emergency relief,” said Representative Patrick McHenry, the top Republican on the House Financial Services Committee.

Democratic Representative Frank Pallone said it was clear “from day one” Republicans “were not going to cooperate with us” as soon as Democratic leaders had decided to use budget procedures to move the bill.

The massive spending package comes at a time when US infections, hospitalisations and deaths from COVID-19 are in decline after peaking in January.

The virus has claimed more than 508,000 lives in the US and vaccines have begun to be delivered to the elderly and people with underlying health conditions.

The bill provides for an expansion of the US vaccine programme with mass vaccination sites to be set up nationwide. It provides for increases in testing and tracing, more production of personal protective equipment and investments in helpful treatments.

Despite Republican opposition in Washington, nearly seven of 10 Americans, or 68 percent, said they supported the economic stimulus plan as of February 1, according to a public opinion survey of 1,075 US adults by Quinnipiac University. A minority of 24 percent in the survey said they opposed it.

Bipartisan majorities in the Congress had previously passed more than $4 trillion in COVID-19 relief spending in seven separate measures during 2020.

Don't Miss it B.C. has COVID-19 under control but variant spread could lead to more restrictions
Up Next Covid-19: You’ll now have option to walk in, register & get vaccinated | India News