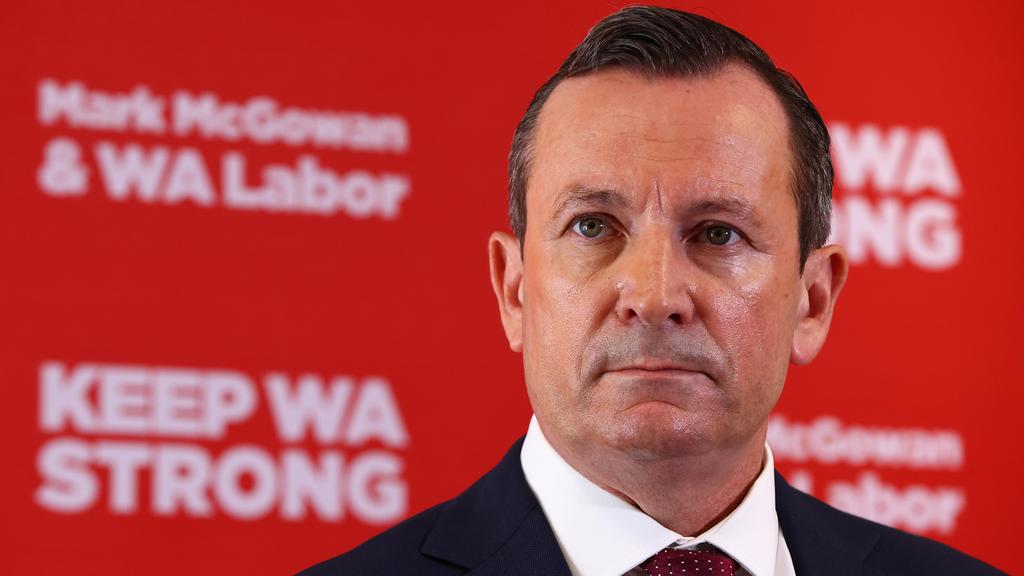 Premier Mark McGowan has walked back a suggestion that authorities might continue to track anyone who enters WA beyond the COVID-19 pandemic.

Mr McGowan was forced to clarify his position on Tuesday after comments made at an earlier election campaign event, where he failed to rule out the continued use of the G2G travel pass as a weapon against drug importation.

Asked specifically whether incoming travellers would need to continue using the G2G pass, the premier said he couldn’t predict exactly what restrictions might remain.

The Premier later used another campaign event in Kalgoorlie to rule out requiring incoming travellers to give their details beyond the pandemic.

“The G2G pass, once the pandemic is over, we don’t intend to extend its use.”

The slip-up came after Mr McGowan cast an early vote in his Rockingham electorate ahead of the March 13 election.

Polls are predicting a Labor landslide that could reduce the beleaguered Liberals to a handful of seats.

With WA’s hard border regime leading to a dramatic fall in methamphetamine importation, Mr McGowan flagged the continued use of vehicle searches.

He noted that travellers crossing the border at Eucla and Kununurra were already subject to vehicle checks to prevent them bringing in fresh fruit and vegetables.

“If staff are there checking for bananas, tomatoes and avocados, I don’t think it’s unreasonable to have other staff there checking and stopping meth, heroin and cocaine,” the Premier said.

“Meth is a threat to people’s health and we’ve had a 25 per cent or thereabouts reduction in meth usage, so obviously some of the things we’ve put in place have worked.”

“I think that’s immense overreach from the Labor Party and is a taste of what’s to come if Labor gets too much control,” he said.

“Today the Premier announces that he wants to continue the hard border after COVID-19. Tomorrow it might be that you start patting down every person who comes into the state, by the end of the week it could be strip searches.”

Mr Kirkup stopped short of describing the idea as that of a police state but suggested his rival was fuelling secessionist sentiments.

“When is it that we stopped being Australians?” he said.

“The best way to respond to meth is to make sure that there are stronger laws, more police and effective operations in place to seize drugs on our streets. You can’t continue to treat every traveller coming into WA as if they’re a meth trafficker.”

Travellers from Victoria are required to quarantine for 14 days upon arrival, a measure that will be reviewed by the chief health officer in coming days.

Don't Miss it COVID-19: Brazilian P1 variant may spread more easily and could evade immune system, scientists find | UK News
Up Next Coronavirus crisis unlikely to be over by the end of the year, WHO warns | Coronavirus