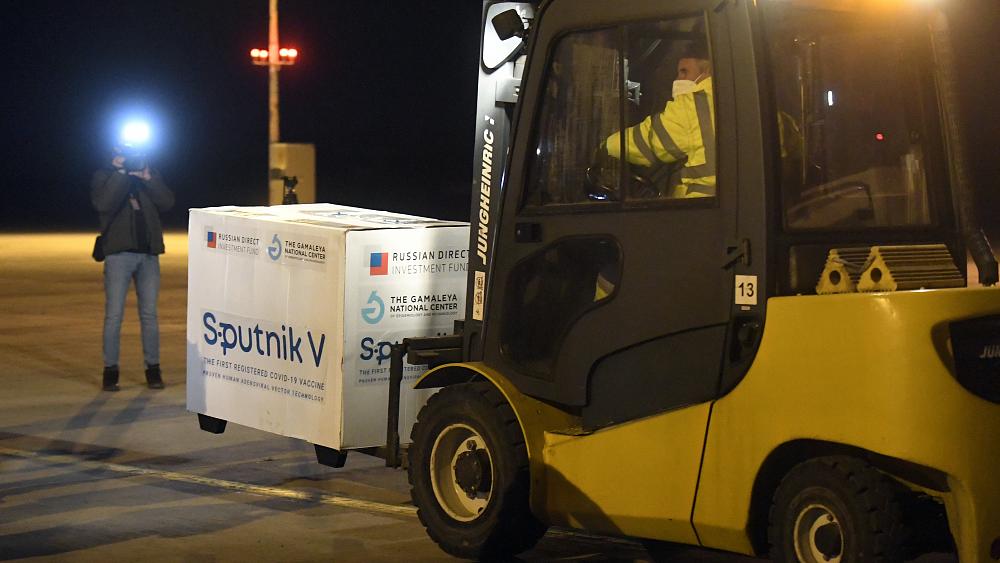 A military cargo plane with 200,000 doses of Russia’s Sputnik coronavirus vaccine landed in the eastern Slovakian city of Kosice on Monday.

Slovakia has signed a deal to acquire 2 million doses of the Russian jab but the purchase was kept secret until this first delivery.

Prime Minister Igor Matovic said the country will get one million shots in the next two months while another million will arrive in May and June.

Slovakia is the second European Union nation after Hungary to use the Russian vaccine, which has not been approved by the European Medicines Agency (EMA).

“In Europe, Sputnik V vaccine has been approved in Slovakia, Hungary, SanMarino, Serbia, Montenegro, Republika Srpska, Belarus and Russia with other countries of the region also showing strong interest in it,” said Kirill Dmitriev, CEO of the Russian Direct Investment Fund in a statement.

“We have received numerous requests from EU states to provide Sputnik V directly to them based on the reviews of their national agencies.”

“We will continue to do so as well as work with EMA based on the rolling review procedure we initiated in January,” Dmitriev continued.

Matovic’s coalition government originally rejected a plan to acquire Sputnik V vaccine doses in late February after one of his four coalition partners vetoed the move.

Health minister Marek Krajci, whose decision made the deal possible, says authorities could begin administering the vaccine in about two weeks.

Last week, Hungary became the first country in the European Union nation to roll out China’s Sinopharm vaccine — which also didn’t receive the approval of the bloc’s regulator.

Hungary’s prime minister Viktor Orban was inoculated with the Chinese vaccine at a vaccination centre in Budapest on Sunday.

Before receiving the vaccine, Orban had said that he would choose to receive the Chinese-made vaccine because he trusted it the most.

The country’s government has been critical of the speed of the EU’s vaccination programme and has purchased vaccines from Russia and China to boost procurements.

But for the country’s expanded palette of vaccines to be put to full use, officials are seeking to increase lagging public trust in those produced in eastern countries.

A survey of 1,000 people in the capital of Budapest by pollster Median and the 21 Research Center showed that among those willing to be vaccinated, only 27% would take a Chinese vaccine and 43% a Russian vaccine, compared to 84% who would take a jab developed in Western countries.