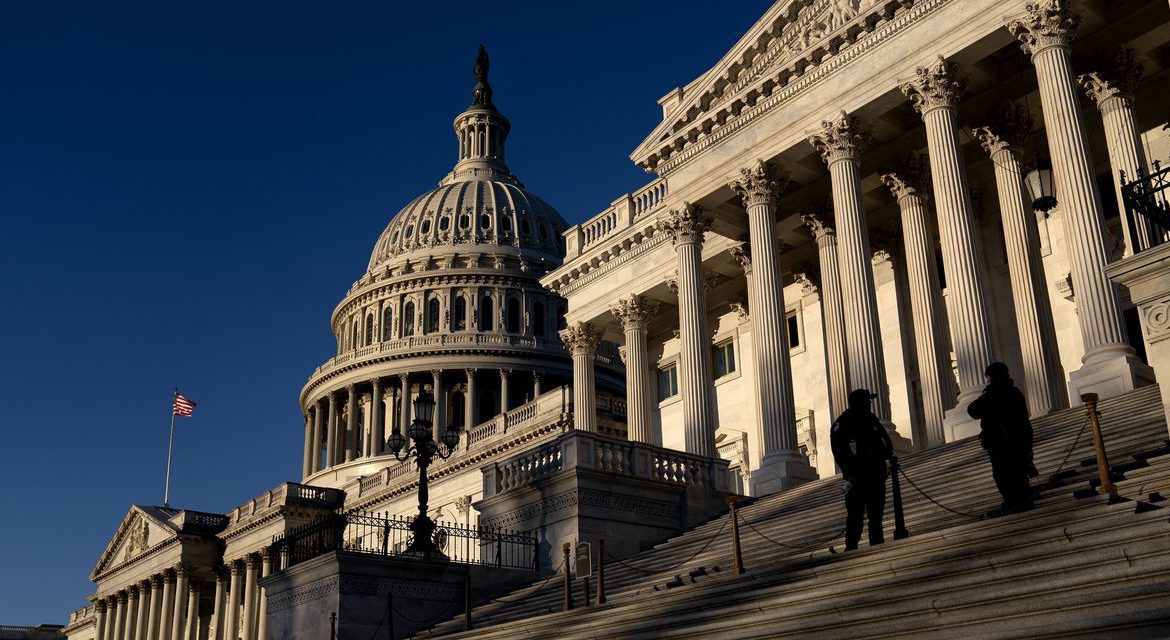 WASHINGTON—Senate Democrats plan to tighten eligibility for direct payments in their $1.9 trillion relief package, shrinking $1,400 checks to zero more quickly for individuals making more than $75,000 and married couples making more than $150,000, according to people familiar with the change.

The change is the result of a push from a group of centrist Senate Democrats to provide direct aid to a more narrow group of Americans, and President Biden signed off on the changes to the direct payments, according to the people.

Some of the lawmakers had also sought a reduction in a weekly jobless aid supplement in the bill, calling for a cut to $300 from $400. Senate Democrats are expected to keep the weekly payment at $400, according to the people.

Senate Democrats will make the changes to the legislation passed in the House in an amendment. Democrats were waiting to get an official estimate of the bill’s cost, to make sure it complies with the process being used to pass the bill with just a simple majority. Lawmakers will then move forward with procedural votes on the package, setting up hours of debate and a blitz of amendment votes known as “vote-a-rama,” before voting on its final passage later this week or weekend.

The bill passed by the House early Saturday morning would provide $400 a week in federal unemployment benefits, send $1,400 direct payments to many Americans, $350 billion to state and local governments, expand a child tax credit and beef up funding for vaccine distribution and schools, among other measures.

Some moderate members of the Democratic caucus have also discussed shifting some of the $350 billion in state and local funding to other areas, including broadband access.

President Biden said Tuesday that there will be enough vaccines available for all adults in the U.S. by the end of May, two months earlier than he had previously indicated, as Merck teams up to help Johnson & Johnson with vaccine production. Photo: Doug Mills/CNP via ZUMA

“Broadband is an integral part of the Covid response,” Sen. Angus King (I., Maine) said this week, noting the challenges to remote learning or telehealth for those without a functioning connection to the internet. “We have a real problem in this country. We have a very large number of our citizens, particularly in rural states, who don’t have a decent connection.”

Democrats are expected to approve the legislation in the Senate without Republican support. GOP lawmakers have attacked the size of the proposal, arguing that it is wasteful and unnecessary after the last relief package. The U.S. Chamber of Commerce said Tuesday it opposed the bill, saying it wasn’t sufficiently targeted, pointing to the higher savings rate for U.S. households and better-than-expected tax collections in some states.

“This isn’t a recipe to safely reopen America. To the degree it even addresses the pandemic, it’s more like a plan to keep us shut down,” Senate Minority Leader Mitch McConnell (R., Ky.) said. He said Democrats were “taking advantage of the crisis to check off unrelated liberal policies.”

Democrats have cast their bill as a necessary measure to buoy the economy and return life to normal.

“The economy is not strong enough to sustain things on its own. We need strong relief to get the economy going so it can continue on an upward path on its own,” Senate Majority Leader Chuck Schumer (D., N.Y.) said on the Senate floor Tuesday.

In remarks Tuesday announcing that the U.S. would have enough Covid-19 vaccines for all American adults by the end of May, Mr. Biden again urged the Senate to pass the relief plan quickly.

“Despite the optimism, without new resources, our entire effort will be set back,” he said. “The bottom line is we need the American Rescue Plan now, now.”

In a recent Wall Street Journal survey, economists on average expected gross domestic product to expand nearly 4.9% this year, after falling 3.5% last year. While the pace of U.S. residents receiving the coronavirus vaccine has risen, it is likely to take months for the country to reach herd immunity, medical experts say. Another resurgence in the virus could cause more businesses to close or again scale back operations.