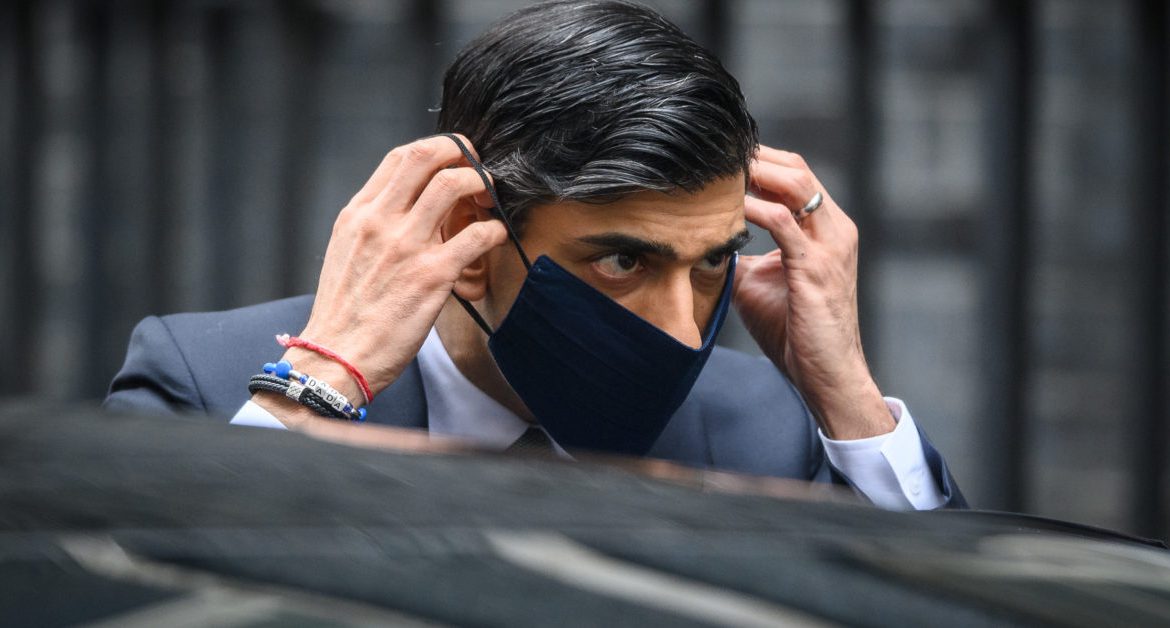 U.K. Chancellor Rishi Sunak used his Wednesday budget to set out plans that will take the country’s tax burden to its highest level for more than half a century later this decade.

“Without corrective action, borrowing would continue at very high levels, leaving underlying debt rising indefinitely,” he warned MPs as he announced corporation tax would jump to 25 percent from 2023.

It was a move that received qualified support from the opposition Labour Party but caused alarm among some traditional low-tax Conservatives in his own party, who argue it will have a deterrent effect on investment.

Earlier, Sunak had confirmed that the U.K.’s furlough scheme — which pays 80 percent of employees’ wages for the hours they cannot work in the pandemic — would be extended until the end of September. Other measures include government help for more self-employed people and extending the 5 percent reduced rate of VAT for tourism and hospitality.

Across Europe, finance ministries are wrestling with the same dilemma. Withdraw support for businesses and jobs too soon and they risk a wave of bankruptcies and a spike in unemployment. But keep the spending taps on too long and debt levels rise to dangerously high levels. The European Commission is due to present a communication tomorrow inviting governments to “ease” out of support measures gradually.

Germany is the biggest spender by far, making up more than half of all state aid cleared by the European Commission. Most recently, the bridging aid for businesses, which experienced a revenue drop of more than 30 percent, was extended and the monthly cap for the subsidies raised. The subsidies can amount to up to 75 percent of the pre-crisis revenue.

Germany also lowered Value Added Taxes for meals in restaurants and granted one-time payments to recipients of basic income security and child benefits. For the cultural sector, the aid program was extended in 2021 by another billion euros. Unemployment is on the rise, with 509,000 new jobless in February compared to last year.

Germany’s furlough scheme, or Kurzarbeit, has been extended until the end of 2021. After a record high of more than 6 million people in April 2020, the number of furloughed employees was at 2.4 million in December. Half a million people requested support under the country’s furlough scheme in February, according to the country’s federal work agency, the highest level recorded since November after Germany went into a second lockdown in mid-December to curb infection rates.

The French government is adamant that supporting the economy is still the priority. “It is out of the question to abruptly withdraw support that has saved tens of thousands of businesses and jobs,” Bruno Le Maire, the economy minister, said on Monday, adding that the support will be withdrawn “in a progressive and differentiated way.” For some sectors like aeronautics, he said, the recovery will be “necessarily slower.”

France is expanding the safety net for businesses, unveiling on Thursday €20 billion of so-called “participatory loans” that give lenders some right to profits. It has also extended a furlough scheme that covers 83 percent of employees’ gross salary until at least the end of March due to the emergence of new variants that make a return to work unlikely in the near future. Companies cover the remaining 15 percent, except in hard-hit sectors (tourism, culture, hospitality, transport) where the state will continue to fund 100 percent of the employee’s paycheque.

In Italy, a ban on layoffs that was adopted by the previous government in the midst of the first wave is due to expire on March 31. Unions are asking for its extension until at least the summer; business associations demand the ban be repealed for sectors that aren’t affected by coronavirus restrictions. Prime Minister Mario Draghi will have to decide between extending the measure in its current form, which critics say risks delaying companies’ restructuring — resulting in a larger unemployment bubble further down the line — redesigning it, or abolishing it altogether.

The government will also likely extend its furlough scheme. The country’s welfare authority INPS said it has dealt with more than 30 million demands for access to the scheme since the start of the pandemic and cleared over 98 percent of them.

Spain’s economic situation is deteriorating, with unemployment rising to 4 million for the first time in four years. “The increase in unemployment due to the third wave is bad news that reflects the structural pathologies of the labor market accentuated by the pandemic,” tweeted Labor Minister Yolanda Díaz.

Spain has extended its furlough scheme until May. In place since last April, the scheme covers 70 percent of workers’ salaries for six months, then drops to 50 percent. Companies that benefit from the scheme are banned from laying off workers until six months after it ends. Spain’s ministry for social inclusion calculated that in January, it cost €694 million, supporting some 739,000 jobs — a 2 percent increase since December.