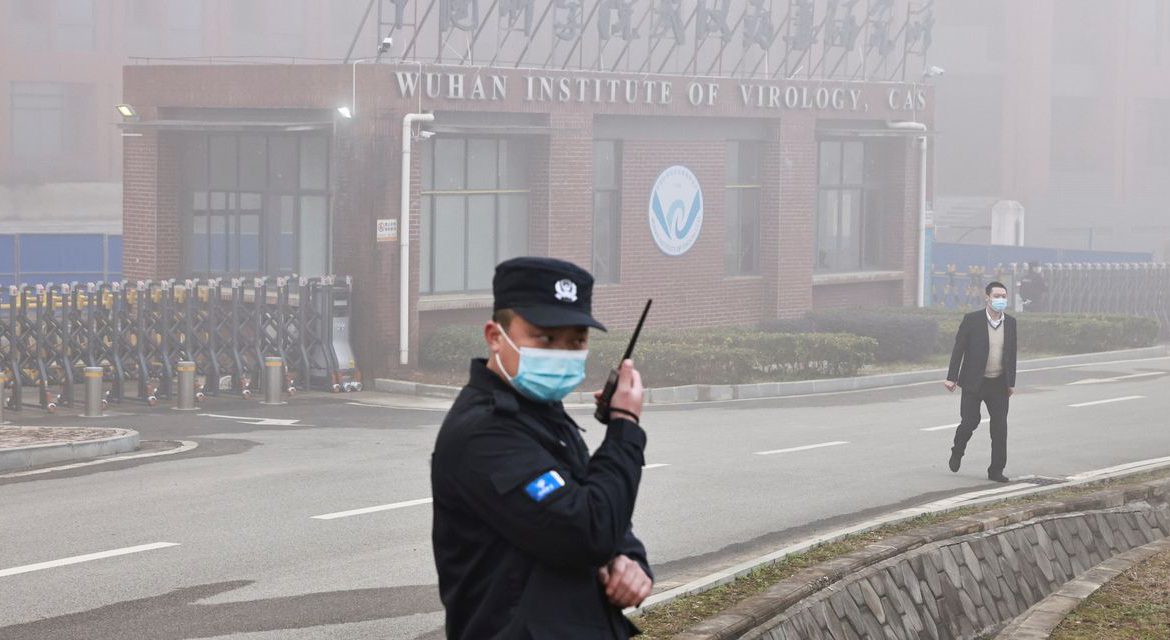 BEIJING—A World Health Organization team investigating the origins of Covid-19 is planning to scrap an interim report on its recent mission to China amid mounting tensions between Beijing and Washington over the investigation and an appeal from one international group of scientists for a new probe.

The group of two dozen scientists is calling in an open letter on Thursday for a new international inquiry. They say the WHO team that last month completed a mission to Wuhan—the Chinese city where the first known cases were found—had insufficient access to adequately investigate possible sources of the new coronavirus, including whether it slipped from a laboratory.

Their appeal comes as the U.S.—which recently reversed a decision to leave the WHO—lobbies for greater transparency in the investigation, saying it is waiting to scrutinize the report on the Wuhan mission, and urging China to release all relevant data, including on the first confirmed infections in December 2019, and potential earlier ones.

Beijing, meanwhile, is pressing for similar WHO-led missions to other countries, including the U.S., to investigate whether the virus could have originated outside China and spread to Wuhan via frozen food packaging.

WHO chief Tedros Adhanom Ghebreyesus said on Feb. 12 that the team would release an interim report briefly summarizing the Wuhan mission, possibly the following week, with a full report coming weeks later. But that summary report has yet to be published and the WHO team is now scrapping that plan, said Peter Ben Embarek, the food-safety scientist who led the team. The WHO team plans to publish a summary along with the full, final report, he said. That final report “will be published in coming weeks and will include key findings,” a WHO spokesman said.

“By definition a summary report does not have all the details,” said Dr. Ben Embarek. “So since there [is] so much interest in this report, a summary only would not satisfy the curiosity of the readers.”

The delay in publishing the findings and recommendations from the Wuhan mission, conducted jointly with Chinese scientists and officials who will have to approve any report, comes against a backdrop of continued political and scientific controversy surrounding the search for the origins of the pandemic.

China’s foreign ministry described the open letter as “old wine in new bottles” that assumed guilt and lacked scientific credibility, and said the Wuhan mission concluded that a laboratory origin was “extremely unlikely” and not worth further research. Neither the foreign ministry nor China’s national health commission responded to requests for comment on the Wuhan mission report.

According to an advance copy of the open letter, the group of 26 scientists and other experts in areas including virology, zoology and microbiology said that it was “all but impossible” for the WHO team to conduct a full investigation, and that any report was likely to involve political compromises as it had to be approved by the Chinese side.

The World Health Organization’s mission to Wuhan said the coronavirus most likely spread naturally to humans through an animal. WSJ’s Jeremy Page reports on what scientists learned during their weekslong investigation. Photo: Thomas Peter/Reuters

A credible investigation required, among other things, confidential interviews and fuller access to hospital records of confirmed and potential Chinese coronavirus cases in late 2019, when the outbreak was first identified in Wuhan, said the letter signed by experts from France, the U.S., India, Australia and other countries.

Investigators should also be allowed to view records including maintenance, personnel, animal breeding and experiment logs from all laboratories working with coronaviruses, the letter said.

“We cannot afford an investigation into the origins of the pandemic that is anything less than absolutely thorough and credible,” the letter said. “Efforts to date do not constitute a thorough, credible, and transparent investigation.”

Guards stand in front of Wuhan’s Jinyintan Hospital during a visit by members of the WHO team on Jan. 30.

The appeal is unlikely to gain traction, as any future probes would require Beijing’s cooperation. Moreover, many leading infectious-disease experts are skeptical that a lab accident could plausibly explain the origins of the pandemic.

Still, it expresses what has become a more widely shared dissatisfaction, voiced by the U.S. and U.K. governments and many scientists world-wide, that China has provided too little information and data to the WHO to guide researchers trying to determine where the virus originated and how it jumped to humans.

“China has not been fully and effectively transparent either at the start of this crisis, when it mattered most, or even today as investigations are going forward trying to get to the bottom of what happened,” Secretary of State Antony Blinken said in an interview with PBS on Wednesday.

China has repeatedly said that it is cooperating fully with the WHO and denied assertions, including from Trump administration officials, that the virus might have come from a research facility in Wuhan, at least one of which specializes in bat coronaviruses.

During the mission last month, the WHO team said its members and their Chinese counterparts analyzed the leading hypotheses to determine where future research should focus. At the mission’s end, team leaders said they would urge studies of ways the virus could have spread from different small mammals, and wouldn’t recommend further research on a potential lab accident, a theory it deemed “extremely unlikely.”

How do you think a proposed new inquiry into the origins of the Covid-19 pandemic should be structured and governed? Join the conversation below.

That conclusion was hailed by Beijing, as well as by scientists in various countries who argue that the virus spread naturally—most likely from bats, then possibly through another animal, to humans—and dismiss the laboratory hypothesis as a politically motivated smear.

Since returning from China, however, some of the WHO investigators have qualified their conclusions, saying they didn’t have the mandate, expertise or data for a full audit of any laboratory. The team also lacked important data on the first confirmed cases, or on patients hospitalized with similar symptoms beforehand.

A laboratory accident is “definitely not off the table,” Dr. Ben Embarek told a seminar last week. Dr. Tedros said in February after the team’s trip that “all hypotheses remain open and require further analysis.”

The signatories of the open letter are mostly members of a broader group, spearheaded by French scientists, who have been sharing research papers and other information on Covid-19 since around December. None are associated with the WHO investigation.

Signatories of the open letter are calling for a new probe after the WHO team’s mission, which included a visit to Hubei province’s center for disease control.

Among the signatories are Etienne Decroly and Bruno Canard, molecular virologists at AFMB Lab, which belongs to Aix-Marseille University and the French National Centre for Scientific Research, France’s state research agency.

Dr. Decroly said he became involved after concluding that on the basis of available data, it was impossible to determine whether SARS-CoV-2 “is the result of a zoonosis from a wild viral strain or an accidental escape of experimental strains.”

The letter was co-organized by Gilles Demaneuf, a French data scientist based in New Zealand, and Jamie Metzl, a U.S.-based senior fellow for the Atlantic Council and adviser to the WHO on human genome editing.

Prominent critics of the laboratory hypothesis have in recent weeks published new research on bat coronaviruses found in Southeast Asia and Japan that they say shows that SARS-CoV-2 most likely evolved naturally to infect humans.

Investigating the Origin of Covid-19

Robert Garry, a virologist at the Tulane University School of Medicine who was involved in that research, said he and other colleagues had initially considered the possibility of a leak or accident from a laboratory, but ultimately deemed it “nearly impossible.”

Signatories of the open letter say they don’t back any one hypothesis but think it is premature to exclude the possibility of a leak or accident at or connected with a research facility such as the Wuhan Institute of Virology, or WIV, which runs high-security laboratories and has conducted extensive research on bat coronaviruses.

WIV scientists deny the virus came from there, saying they neither stored nor worked on SARS-CoV-2 before the pandemic and none of their staff tested positive for the virus.

Signatories said investigators should look at several possible scenarios, including whether a laboratory employee became infected with a naturally evolving virus while sampling bats in the wild, during transport of infected animals, or during disposal of lab waste.

They also said investigators should probe whether SARS-CoV-2 could have stemmed from “gain-of-function” experiments, in which viruses found in the wild are genetically manipulated to see if they can become more infectious or deadly to humans.

Write to Drew Hinshaw at drew.hinshaw@wsj.com and Jeremy Page at jeremy.page@wsj.com

Don't Miss it Australian attitudes on the COVID-19 vaccine differ on political lines — but the vast majority are still keen for the jab
Up Next What is COVID-19? Explained by Dr. Santangelo, Munson Healthcare