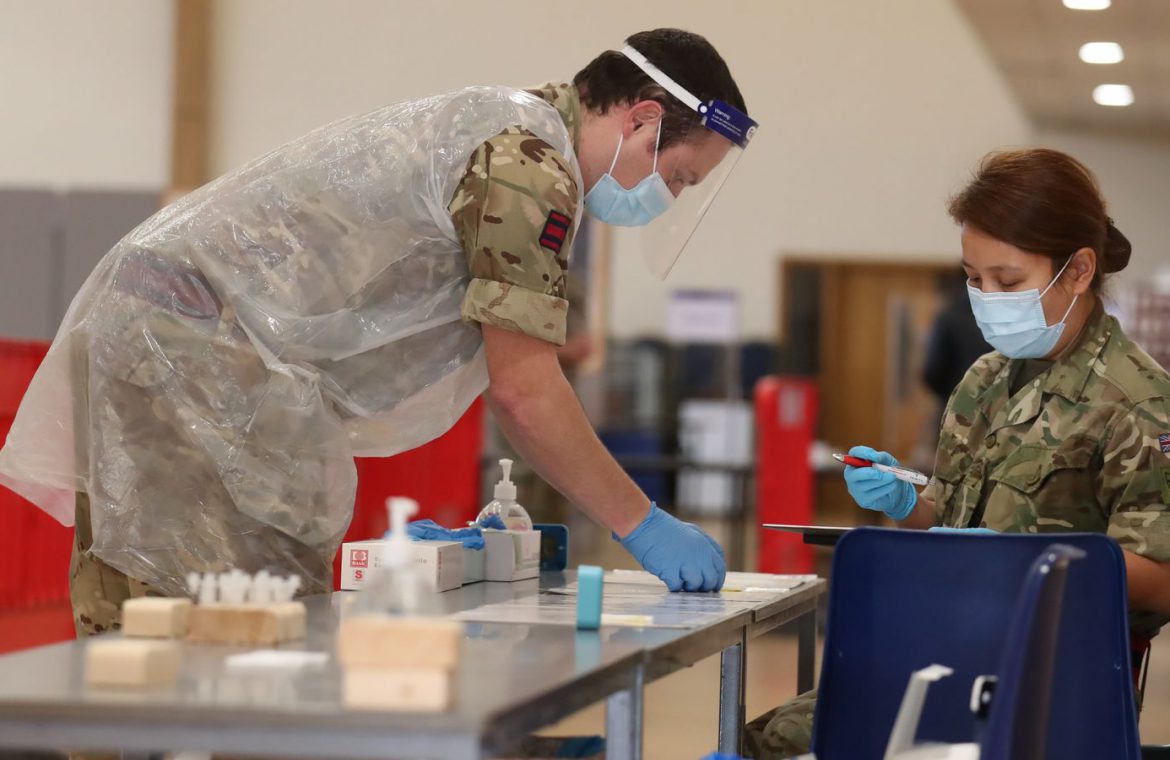 Coronavirus infection rates are continuing to fall across England, with one in 220 people testing positive for the virus outside of hospital, latest figures show.

Around 248,100 people tested positive for COVID-19 in the community in England during the week ending 27 February, according to the Office for National Statistics (ONS).

The infection rate is down from one in 145 in the previous week and is the lowest since the week to October 1, when it was one in 240.

Live COVID updates from the UK and across the world

The figures show it is also falling elsewhere in the UK.

In Wales, the ONS estimates that one in 285 people outside of hospital tested positive for coronavirus that week. In Northern Ireland the figure was one in 325 and in Scotland it was one in 335.

Infection rates dropped across all age groups apart from secondary school pupils from Years 7 to 11, where trends are “uncertain” and decreases may be starting to slow.

Secondary school pupils are due to return to school on Monday.

Cases fell in all English regions apart from the North East, East and East Midlands, where the decrease appears to have slowed or plateaued.

The North East had the highest rate of infection, with one in 150 people testing positive outside of hospital, followed by the West Midlands, where the figure was one in 160.

People were least likely to have COVID in the South West, where just one in 365 people in households have the virus.

Elsewhere, another ONS survey reveals that more people are travelling to work than they were a week before.

Its most recent opinions and lifestyles poll covers the week 24 to 28 February and shows that 39% of working adults went into work compared to 34% the previous week.

The number of people working solely from home also appears to have dropped from 37% in mid-February to 32% in the last week.

The data suggests that as the country moves closer to the first steps of easing lockdown, people’s attitudes towards the virus and infection rates are slowly starting to change.

COVID death rates are also continuing to fall, with 242 reported across the whole of the UK on Thursday. A week before that figure was 323.

Professor Andrew Hayward, from the Scientific Advisory Group for Emergencies (SAGE), said on Friday the number of deaths will continue to drop as vaccinations kick in.

“I think given the societal trade-offs, we are going to have to live with a degree of mortality that will be substantial,” he told Times Radio.

Prof Hayward also said he does not think new variants of the virus will completely evade the protection offered by vaccines.