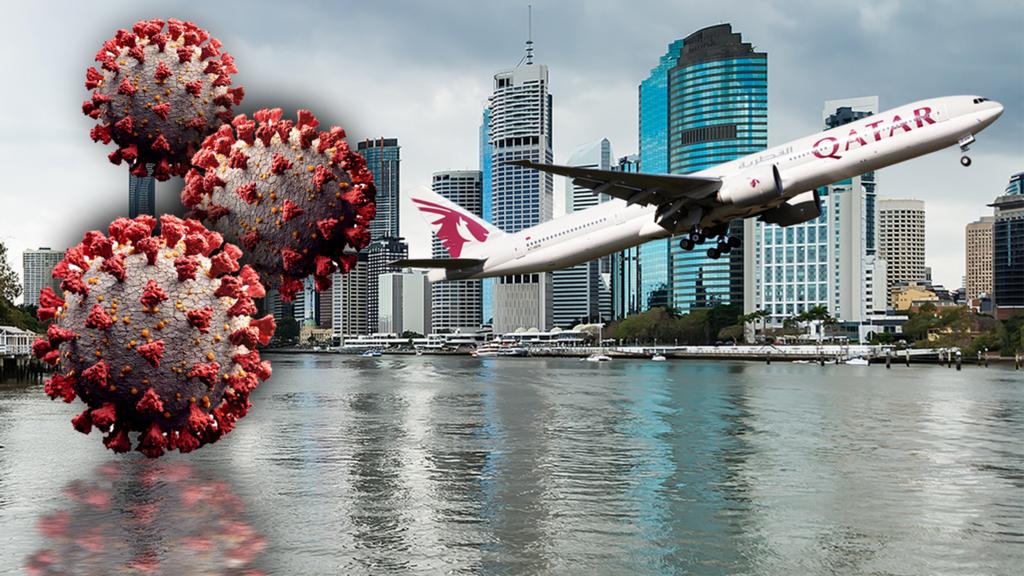 The Queensland government has reported seven new COVID-19 cases in hotel quarantine amid concerns that a virus “superspreader” is in the state.

Two of the new cases were on a Qatar Airways flight that arrived in Brisbane on February 17.

Four other people on that flight have already tested positive for the new Russian variant of the virus.

Queensland Health is testing another 72 people who were on that flight and has ordered them to extend their 14-day quarantine by five days.

Chief Health Officer Jeannette Young says one man seems particularly contagious and she’s concerned he may be a “superspreader”.

“We’ve had plenty of people throughout the pandemic who’ve been super spreaders we had one individual who managed to spread it in a few hours to 40 other people for instance, so we’ve had super spreaders all along from day one,” she told reporters.

The state’s health minister has issued a grim warning as she admits it is unknown just how dangerous the new mutant coronavirus variant may be. Credit: 7NEWS.com.au/Getty

“We still don’t understand fully why one person spreads the virus to someone else or indeed to maybe other people, and another person doesn’t spread it to anyone else.

“So, it’s the fact that there’s been spread on that plane, there’s no doubt about that that is the concern. It’s not that it’s a Russian variant.”

Authorities are racing to contact another eight people who were staying at the Mercure Hotel in Brisbane between February 17 and 21.

Dr Young said those people may be in other states outside Queensland and she has alerted the national incident room.

“I just need to find out where the eight people have gone,” she said.

“I think it’s unlikely that it’s a risk, but it is a risk no matter how small, so I just want to work that through.”

The other five new cases reported on Thursday were workers who arrived in Cairns on the chartered flight from the Ok Tedi copper and gold mine in Papua New Guinea.

She said more than 500 people including locals and foreign workers had already been infected there.

The continuing cases arriving in Queensland from Ok Tedi were also putting a strain on local healthcare capacity in Cairns.

Dr Young said Ok Tedi Mining Ltd had suspended the flights for the next week at least.

“We’ve been working with the Ok Tedi mine to work through that because we’ve seen a lot of positive cases come from there,” she said.

“Most of them have been treated in Cairns and that’s pushed the resources.”

Health Minister Yvette D’Ath said 5409 people have been given their first dose of the Pfizer vaccine against a target of 3000 at this stage.

She also defended a Tweet from the official Queensland Health Twitter account saying it was “being picked on” about the slow vaccine rollout compared to other states.

“What it shows is probably a bit of frustration,” Ms D’Ath said.

“There was some reporting at the start of this week saying that Queensland Queensland was falling behind and slowing its rollout.

“None of that’s accurate.”