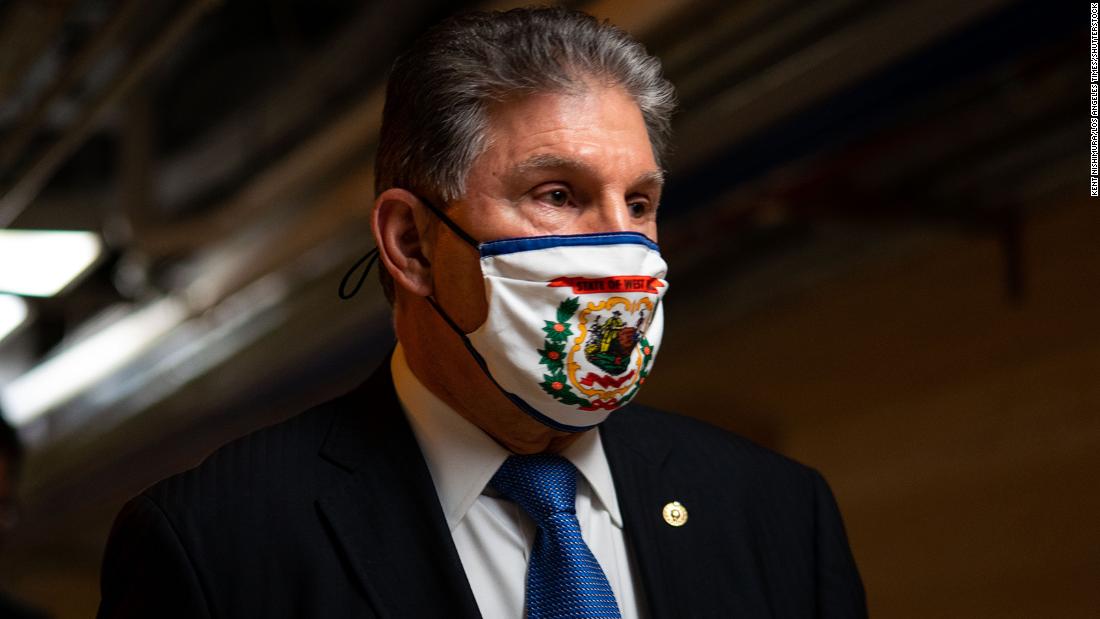 The party’s fragile internal peace, which Biden and his team have tended to with great care since he won the Democratic nomination last year, suffered a double blow over the past 24 hours, as moderates clashed with progressives on the Senate floor, placing the White House’s big-ticket “American Rescue Plan” in legislative purgatory on the eve of its expected passage.

Though still likely to succeed on a party-line vote, the shape and scope of the bill remained an open question overnight, as West Virginia Sen. Joe Manchin, a Democrat, voted for a Republican amendment that would pare back jobless benefits further than what Democrats believed, earlier in the day, had been a compromise with support throughout their ranks. Manchin eventually supported both parties’ amendments, a weird if ultimately meaningless bipartisan stroke that will be wiped off the books when the bill becomes law and the Democratic majority’s version wins out.

Manchin’s eleventh hour deliberations and an earlier vote on a separate amendment, proposed by independent Vermont Sen. Bernie Sanders, to raise the federal minimum wage to $15 an hour — which was, as expected, rejected — set off a firestorm among progressive groups and their allies. The clashes underscored abiding divisions within the party, exposed the fragility of its narrow Senate majority and foreshadowed more visceral fights to come, like the brewing clash over a comprehensive new voting rights and election integrity bill passed this week in the House — the kind of legislation that will require all 50 Senate Democrats to get on board along with ten Republicans.

Conflicts between the party establishment and its progressive wing have been overshadowed by Trump-era Republicans’ civil war of late, giving the White House space to promote a relief bill that, even where it falls short of most liberals’ hopes, includes a range of ambitious items championed by the left. When a provision that would increase the minimum wage to $15 an hour was chalked off by the Senate parliamentarian, who ruled it out-of-bounds under the so-called budget reconciliation rules Democrats are using to pass the larger bill, progressives groaned and sent miffed tweets. They half-heartedly lobbied the White House to overrule the parliamentarian, but stopped short of threatening to withhold their support for the underlying relief legislation. Ditto for another bargain, driven by moderate senators’ misgivings, that tightened eligibility for stimulus checks. Progressives made noise about the deal, which strayed from Biden’s campaign promise of checks for all, but didn’t walk away from the relief package.

It seems unlikely progressives will be so accommodating when the next battle arises — and there are more than a few on the horizon.

Time appears to be ticking down on the “team player” phase of Biden’s young presidency. Next up on the Democratic majority’s docket is an infrastructure spending package that will again lead to conflicts over how and how much to spend — this time with both sides of the party’s ideological split coming into the negotiations feeling owed a bone after agreeing to concessions on the relief bill.

Climate activists, who make up the most politically potent outside progressive groups, believe — and expect — that the next round could represent their last best chance to secure the kind of public investments necessary to seed a new, clean energy economy. But in a party that is all over the map on issues like fracking, and, given the makeup of this Congress, support for such transformative investments will require a number of powerful figures — Manchin, again, comes to mind — to acquiesce to bigger demands than anything in the pending relief bill.

As Democrats moved closer toward the current legislation’s passage, the Senate late on Friday began a process known, colloquially, as a vote-a-rama, which allows lawmakers from both parties to offer up amendments, usually as a means of trolling the other side or putting their rivals on the spot over contentious, though unrelated, issues. Despite its jolly nickname, the practice can be grueling and mainly functions as an opportunity for the minority to gum up or, at least, slow down the majority’s efforts to pass their desired legislation and put them on record for next year’s campaign spots.

Less typical, especially in such a divided chamber, is the prospect of a member of that majority breaking with their own party and, in the process, draining political capital from the new President. Enter Manchin, who apparently never agreed to an intra-party compromise touted by the White House hours earlier, which lowered from $400 to $300 monthly federal unemployment payments in exchange for lengthening the program into September and making the first $10,200 of benefits nontaxable for most households.

By the time Democrats announced another deal on unemployment benefits, presumably to bring Manchin back onside, that deal had been modified to restrict for whom those benefits would be nontaxable and to shave some time off the September end date.

With that, the White House released a statement, from press secretary Jen Psaki, talking up the details before arriving at the point.

“Most importantly, this agreement allows us to move forward,” she said, “on the urgently needed American Rescue Plan, with $1400 relief checks, funding we need to finish the vaccine rollout, open our schools, help those suffering from the pandemic, and more.”

The fights to come

Democratic heartburn also flared up, in a more visceral way that suggests tougher clashes to come, over the defeat of Sanders’ amendment to more than double the federal minimum wage.

Legislation to raise it from $7.25 an hour to $15, which had been included in the initial Biden package but shorn off after the Senate parliamentarian’s ruling, has been a sticking point for progressives for years. On Friday, the rhetoric met reality when Sanders put his amendment on the floor, where it ran up against bipartisan resistance.

The eight Democrats who joined Republicans in voting against it almost immediately came under fire from progressive groups and their allies, like Pennsylvania Lt. Gov. John Fetterman, who is running in the state’s 2022 Democratic Senate primary.

“Every single Senator who voted against a $15 minimum wage today should be forced to live on $7.25 an hour so that they can demonstrate to all of us how it’s possible,” Fetterman said in a statement, before calling the proposal’s opponents “deeply out of touch” and accusing dissenting senators of “turn(ing) their backs on working people.”

Arizona Sen. Kyrsten Sinema, a moderate Democrat who voted against the measure, came under especially withering criticism from the left, which seized on a video of her issuing a curiously showy thumbs down gesture to register her vote. By early evening a political action committee founded by former aides to Democratic Rep. Alexandria Ocasio-Cortez of New York had posted audio for a radio ad, to run next week in Arizona, excoriating Sinema, who’s not up for reelection until 2024.

Sinema in a statement after her vote insisted she was open to an increase in the minimum wage, but not through the reconciliation process Senate Democrats are using to move Biden’s Covid relief bill.

“Senators in both parties have shown support for raising the federal minimum wage and the Senate should hold an open debate and amendment process on raising the minimum wage, separate from the COVID-focused reconciliation bill,” the Arizona Democrat said.

But the reality is more complicated.

Sinema was only one of eight to vote against the amendment, with others including safe-seat Democrats like Delaware Sens. Tom Carper and Chris Coons, the latter being the closest of Biden allies in the Senate.

Though their votes have been met with lesser degrees of activist fury, they might offer stronger indicators of the moderate party establishment’s position and a better, fixed point from which to view the fights to come — specifically over the fate of the legislative filibuster and, with it, the voting rights and election legislation that passed the House last week.

The fate of the “For the People Act,” though it seems like a distant star amid the current tumult, is another looming question with no discernible, practical answer in the Senate.

What’s clear is that it’s a non-starter in a chamber that requires most legislation to meet a 60-vote threshold. Democrats could change the rule if all 50 senators agree, but at least a handful are openly hostile to the prospect — even after former President Barack Obama last year called it a “Jim Crow relic” to be done away with — and Biden has shown no indication he would support, let alone whip votes to end it.

But in an announcement that barely registered in a preoccupied Washington earlier on Friday, Democratic Minnesota Sen. Tina Smith announced that she had “made up (her) mind” and joined the ranks of those prepared to abolish the filibuster. Her decision might not have generated much hoopla, but as Democrats plot their path forward, history might well judge it the day’s most consequential moment.