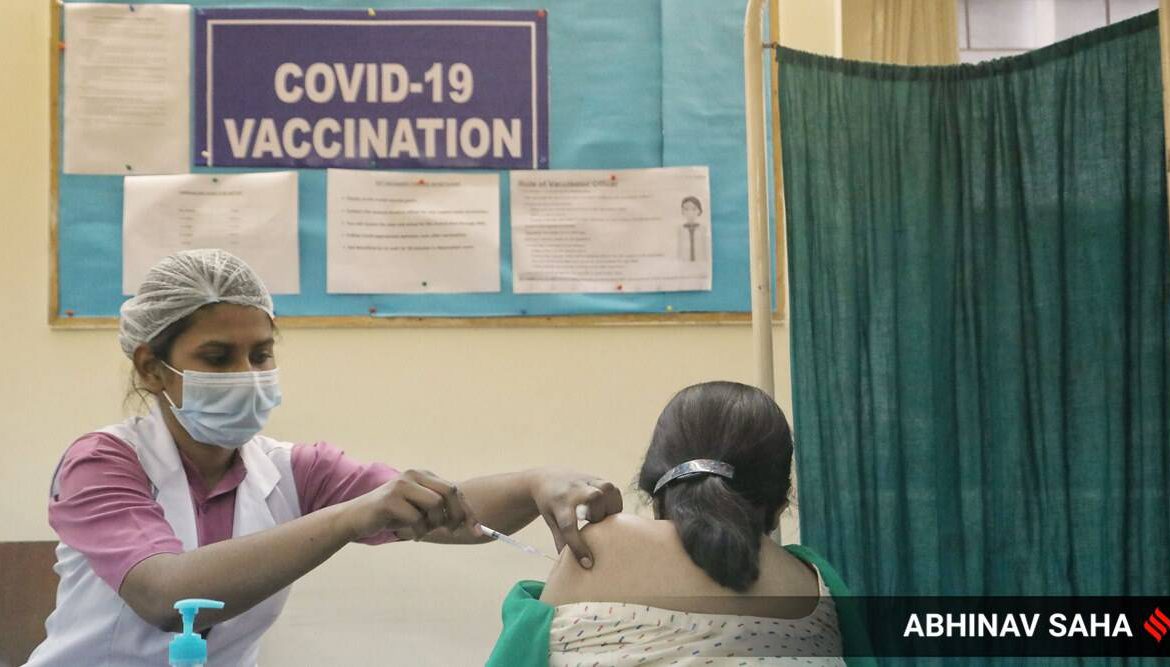 With six states and two Union territories reporting an increase in daily Covid cases, the Centre Saturday urged them to make optimal use of vaccine doses in critical districts, step up vaccination of priority groups, tie up with private hospitals for opening up vaccination time-table for at least 15 days, and to increase contact-tracing to at least 20 people for every positive case.

Union Health Secretary Rajesh Bhushan and NITI Aayog member Dr V K Paul, who heads the national task force on Covid-19, held a detailed video-conference with officials of Haryana, Andhra Pradesh, Odisha, Goa, Himachal Pradesh, Uttarakhand and the Union Territories of Delhi and Chandigarh. Nine districts in Delhi, 15 in Haryana, 10 in Andhra Pradesh, 10 in Odisha, nine in Himachal Pradesh, seven in Uttarakhand, two in Goa and one in Chandigarh were specifically flagged, with the Centre saying they “continue to be of concern”. The Centre also announced it was sending experts to Maharashtra and Punjab, which continue to report a surge in cases.

Bhushan shared four specific issues: a decrease in tests being conducted; the low share of the more-reliable RT-PCR tests in these areas compared to the Rapid Antigen Tests; increase in weekly positivity; and the failure to do adequate contact-tracing of positive cases.

Apart from tracing at least 20 close contacts per case, the Centre has directed states to improve “clinical management” in districts reporting higher deaths.

While Director of NCDC (National Centre for Disease Control) Dr S K Singh is leading a Central team to Punjab, the team to Maharashtra is headed by Dr P Ravindran, the Senior Chief Medical Office at the Disaster Management Cell of the Health Ministry. The Centre said the teams will visit hot spots in the two states immediately to determine reasons for the surge. “They will also brief the Chief Secretary on their observations and remedial measures to be undertaken.”

The ministry noted that Maharashtra, Tamil Nadu, Punjab, Madhya Pradesh, Delhi, Gujarat, Karnataka and Haryana continue to see a rise in daily cases. “Kerala, Chhattisgarh and Tamil Nadu have shown a reduction in active cases in the last 24 hours.”

Don't Miss it Attitudes on the COVID vaccine differ on political lines, but most still keen for the jab | ABC News
Up Next COVID-19 vaccine rollout continues in WA with nine new clinics set to open