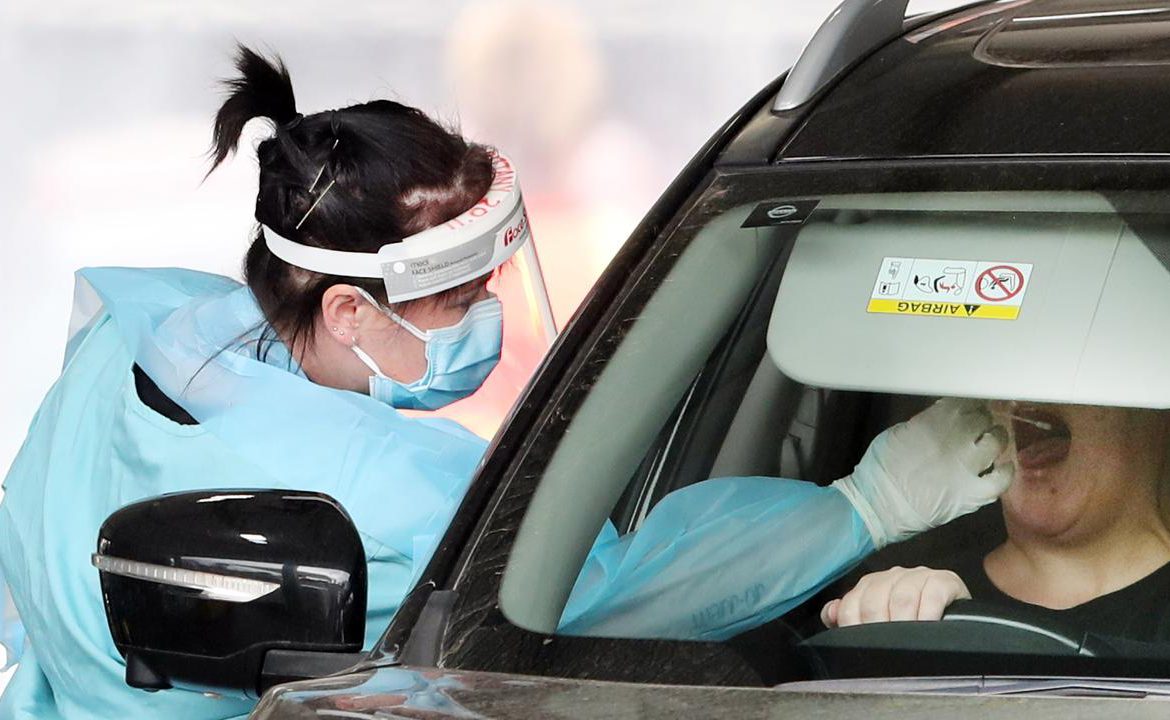 A theory on how a “strong” COVID-19 positive result was found in wastewater from Adelaide’s CBD has been explained.

News of the positive detection from the catchment — which covers the northern part of the city and services more than 12,000 people — was announced on Sunday.

Authorities have since been working to determine the circumstances surrounding the result, to see if it was from an old case or if the virus was again circulating in the community.

SA deputy chief public health officer Chris Lease said the positive result came through over Thursday and Friday and was one authorities were “trying to get to the bottom of”.

One possible contributing factor to finding the “strong positive” was that the testing regime had improved during the pandemic.

“It could be that rather than just one individual, you’ve got more people perhaps with older infections, for example, (in people) coming from interstate where we might have seen high levels of cases in the community,” Dr Lease told ABC Radio on Monday morning.

“There’s a number of pieces of the puzzle we’re looking to put together to try and get to the bottom of what might actually be causing this.”

Dr Lease said the best scenario would be that the positive wastewater test was from an old infection still shedding the virus in one of the city’s medi-hotels but added it was important not to completely rule out the idea of community transmission.

Some of state’s medi-hotels are included in the catchment area, but Tom’s Court — the dedicated facility for positive cases — is not.

Dr Lease stressed the importance of getting tested if a person had the slightest of symptoms and to stay home if feeling unwell.

SA Health said it was reviewing the distribution of old cases in medi-hotels in the catchment area.

In a statement released on Monday, it said wastewater samples had been collected and results were expected later in the evening.

“At this stage, given that there is as yet no clear explanation to the wastewater detection result, it’s imperative that anyone who has been in the Adelaide CBD in the past week seek immediate testing if they have any COVID-19 symptoms, no matter how mild,” the statement read.

The positive test comes as thousands of people, both from SA and interstate, have attended the Adelaide Fringe, which will run until March 21.

It is the biggest arts festival in the southern hemisphere and is the second largest Fringe in the world, after Edinburgh.

It hosts a number of local, interstate and — in previous years — international acts that run various shows across metropolitan Adelaide and its surrounding suburbs.

There were no new cases recorded in SA on Monday, with the state total number of infections at 618.

Of those, only three are active.

There were 120 people vaccinated on Sunday, with a total of 3705 administered across the state.

Don't Miss it Covid variants: What happens when a virus mutates? – BBC News
Up Next Italy blocks AstraZeneca shipment of 250,000 doses of COVID-19 vaccine to Australia | News Breakfast