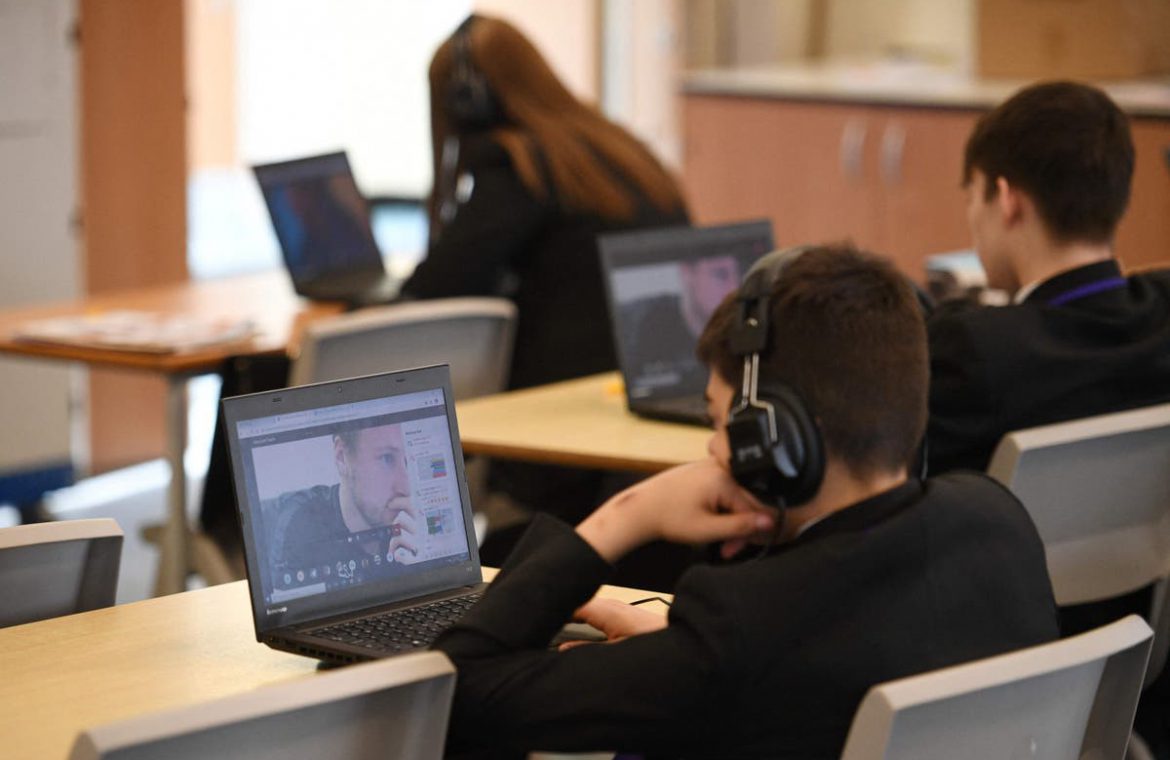 Many secondary schools will have a phased return during the week, allowing pupils to take Covid tests and face masks will be worn in classrooms, while most primary schools are expected to open for all pupils from Monday.

Two people from separate households are will be able to meet outside for a picnic and care home visits will also resume as the Government’s stay at home order is relaxed slightly.

Meanwhile, NHS chiefs have warned that they will have to start cutting patient care unless chancellor Rishi Sunak finds £8 billion this week for extra Covid-19 costs, the Times reports. Hospitals have accused Mr Sunak of “robbing NHS budgets” by refusing to meet the full cost of treating 8,021 coronavirus patients in hospitals at present following ministers 1 per cent pay rise offer to frontline staff.

1615193423Mask-wearing in schools not mandatory, but ‘strongly encouraged’

Children’s minister Vicky Ford said secondary school students should be “strongly encouraged” to wear masks, but their use is not mandatory.

Asked whether schools, where there is not much mask-wearing should close, she told BBC Radio 4’s Today programme: “No, I think that we should strongly encourage them to wear the masks, I think the vast majority of young people, they get this.

“But there will be some who will be very anxious and nervous about doing so and that’s why we understand that and that is why we have not made it mandatory but we have strongly encouraged this”.

She added that a child who tests positive for coronavirus with a lateral flow test but subsequently receives a negative PCR result should not return to school.

“They should not take the risk, we all want to make sure we can keep Covid out of the classrooms here,” she said.

Professor Calum Semple, from the University of Liverpool and a member of Sage, said schools were “absolutely” safe for children and it was safe for schools to go back.

“The subtle question about transmission and teachers, and bringing it home, well the school infection survey is showing that primary school children are half as likely to have had it and probably half as likely to transmit it,” he told BBC Breakfast.

“Secondary school children (are) slightly less protected because as they become adolescents they effectively have the biology of an adult, but even there, they’re half to a quarter as likely to have had it and transmit it.

“So the main driver is not the pupil-teacher relationship.

“When we talk about schools, it is the fact that the school brings adults together, whether that’s teaching staff, the domestic staff, the catering staff, and it’s an opportunity for mixing”.

He said the issue was down to “the fact that schools are a place of work”.

He added that it was “inevitable that we will see a rise in cases” as schools go back, but it was not so important if the reproduction number (the R) rose slightly.

He said it was more about “the absolute number of cases going to hospital and needing intensive care”.

The advice for teachers “is going to be wearing face masks, being really careful in the common room – their colleagues are more of a risk to them than the children,” he told BBC Breakfast.

He said society needed to learn how to live with the virus, adding: “It’s going to be difficult and it is going to mean some social distancing and face mask-wearing, good ventilation until really late summer when we’ve got the vast majority people vaccinated”.

Sadiq Khan says that more public transport has been laid on in the capital today to ensure “everyone can travel safely” as pupils return to school on Monday, March 8.

He tweeted: “Schools across England are reopening today. In London there will be additional services on some routes to make sure everyone can travel safely. Please help keep school services for school children only—use regular bus services if you need to travel”.

New Zealand says it will now use only the Pfizer vaccine to inoculate its population against the coronavirus, departing from earlier plans to use four different vaccines.

Prime Minister Jacinda Ardern announced the strategy Monday, saying the decision was based on the Pfizer vaccine’s effectiveness. She said this would make it easier and fairer for all New Zealanders to have access to the same vaccine.

However, the strategy may also be driven in part by delays in getting vaccines approved. So far, New Zealand’s medical regulators have approved only the Pfizer vaccine and are reviewing two other shots.

Ms Ardern said New Zealand has purchased 10 million doses of the Pfizer vaccine, enough to inoculate all 5 million residents with the required two doses each. She said most of the doses are expected to arrive in New Zealand during the second half of this year.

Labour is calling for catch-up breakfast clubs before school to help children recover from two months of lost face-to-face learning.

The push comes as leader Sir Keir Starmer and shadow education secretary Kate Green prepare to start a “Bright Future Taskforce” on Monday during a visit to a school in Dagenham, east London.

According to the party, the taskforce will deliver a long-term strategy for children’s recovery from the coronavirus pandemic.

South Korea said on Monday it had found no link between the coronavirus vaccine and several recent deaths, as it ordered nearly 100,000 foreign workers to be tested after clusters emerged in dormitories.

Health officials had been investigating the deaths of eight people with underlying conditions who had adverse reactions after receiving AstraZeneca’s Covid-19 vaccine, but said they found no evidence that the shots played a role.

“We’ve tentatively concluded that it was difficult to establish any link between their adverse reaction after being vaccinated, and their deaths,” Korea Disease Control and Prevention Agency (KDCA) Director Jeong Eun-kyeong said in a briefing.

South Korea began vaccinating residents and workers at nursing homes and other at-risk individuals at the end of February, with 316,865 people having received their first shots as of Sunday.

“Their work environment and communal housing raise the danger of infection but it is difficult to find patients early because of their limited access to medical resources and testing, and the issue of illegal stay,” Mr Jeong said.

Gyeonggi Province ordered about 85,000 foreign workers to get tested in the next two weeks, Vice Governor for Administrative Affairs Lee Yong-chul told a briefing.

At least 151 foreign residents in the Gyeonggi city of Dongducheon have recently tested positive, though what caused the outbreak is still unclear.

In Namyangju, another city in Gyeonggi, at least 124 foreigners had tested positive after an outbreak at a plastic manufacturing plant.

In another central province, the industrial cities of Eumseong and Jincheon also ordered about 4,500 and 5,000 foreign residents respectively to be tested after group infections emerged from a glass factory and a food processing company.

The UK’s daily Covid-19 death toll fell below 100 on Sunday for the first time since October 9.

A further 82 people have died within 28 days of a Covid-19 test, marking the first time in the second wave that fewer than 100 people have died in a day, according to the government’s official statistics.

While the case and death data published on Sunday tends to be lower than during the week due to a lag in processing figures, the fall in deaths is a promising sign that both the vaccine programme and lockdown are having a positive impact.

Vietnam has administered its first Covid-19 doses to the front-line workers.

Thousands of doctors, nurses and technicians working at hospitals designated to treat Covid-19 patients lined up on Monday morning to receive the first jabs of the AstraZeneca vaccine.The Southeast Asian nation of 96 million people has a goal to inoculate at least half of the population by the end of the year.

The country has so far kept the total number of infections to around 2,500 and reported 35 deaths.

New Zealand will buy additional Covid-19 vaccines, developed by Pfizer and Germany’s BioNTech, which will be enough to vaccinate the whole country, Prime Minister Jacinda Ardern said on Monday.

The government has signed an agreement to buy an extra 8.5 million doses, enough to vaccinate over 4 million people, Ms Ardern said, adding the vaccines were expected to reach the country in the second half of the year.

“This brings our total Pfizer order to 10 million doses or enough for 5 million people to get the two shots needed to be fully vaccinated against Covid-19,” Ms Ardern said in a statement.