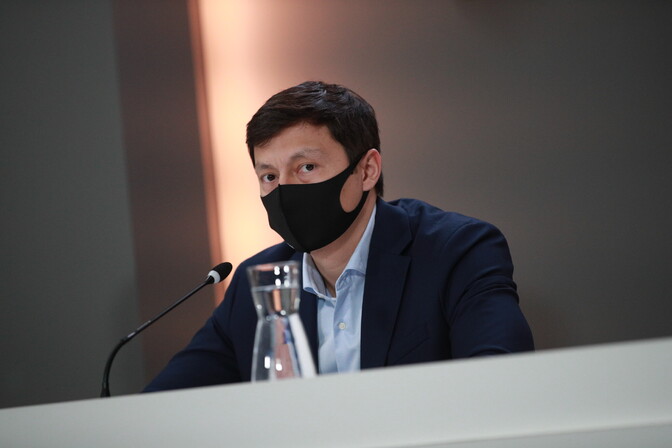 In a set of proposals sent to Prime Minister Kaja Kallas (Reform) Monday, Kõlvart also called for the avoidance of ghetto-izing the capital or the country, amid what he called a risk of pointing the finger at any national or ethnic group in the country.

Kõlvart told Kallas that the city government is ready to contribute all it can in resolving the crisis, with his first suggestion being to immediately declare an emergency situation.

This would, he said, enable both the state and local municipalities to faster implement decisions adopted on restrictions, and involve crisis management committees of municipalities is resolving the situation.

The head of Tallinn’s ambulance service recently said his organization is at full stretch, with some patients having to be taken as far afield as Pärnu for treatment.

Kõlvart also spoke of the need for a plan to be developed on exiting restrictions and returning to normality at a later date, not least due to “coronavirus fatigue”, seen by some as a contributory factor to the current rising rates.

“People are very tired emotionally, and this is not due to the restrictions alone, but also insecurity and the situation having become chaotic,” Kolvart said.

The mayor also proposed preparing high-throughput vaccination points and immediately starting negotiations on the acquisition of additional amounts of vaccine from outside the EU as well as inside, including Russia’s Sputnik V dose.

In his address to the premier, Kõlvart said in his estimation, the main issue currently is underestimating the seriousness of the situation, incorrect and constantly changing signals being given to society, business etc., and delayed and chaotic implementation of measures, twinned with insufficient preparation.

He said: “The seriousness of the situation and the implementation of measures to combat the coronavirus unfortunately no longer depend on which strain of coronavirus is spreading in our country at the moment,” an oblique reference to the so-called British or South African strains of the virus, which make up a large proportion of current infections in Estonia.

Kõlvart also said that people of Estonia must not be stigmatized based on their nationality or ethnicity.

Tallinn, whose population is around 50 percent Russian-speaking, ranks 10th among Estonia’s municipalities in the infection indicator for the past 14 days.

Mayor: Nationality, ethnicity or place of abode of citizens irrelevant

However, the most populous district, Lasnamäe, also home to a large proportion of Russian-speakers, is followed by the leafy district of Nõmme, a predominantly Estonian-speaking neighborhood, by viral indicators, at least according to last week’s data, the mayor said.

“It does not matter where in Estonia, or in Tallinn, more infected people are found. We must acknowledge that that we are in very big trouble, something which we can overcome only together. When we see that somewhere the problem is bigger, it is necessary to help and support, not point the finger,” Kõlvart said.

With a population close to 440,000, Tallinn constitutes over a third of the national population, rising to nearly half, if Harju County as a whole is taken into account.

Kõlvart also called for a comprehensive and systemic support package aimed at individuals, including children, people with special needs, pensioners, the unemployed and other vulnerable segments of society, as well as business itself.

Better distribution of PPE to the least advantaged, and raised awareness of how and why it should be used, is also needed, while preparing more bed spaces should be going on already, as well as support for health care staff, including social support, should be stepped up, Kõlvart said.

Law enforcement officials should have beefed-up powers in monitoring compliance with coronavirus restrictions, he added, while involving the private sector more in the battle with the virus should also happen.

Draft legislation is already being processed which would, if it passes, give the Police and Border Guard Board (PPA) greater powers in issuing fines for those violating coronavirus restrictions, though it is not likely to enter into force until next month.