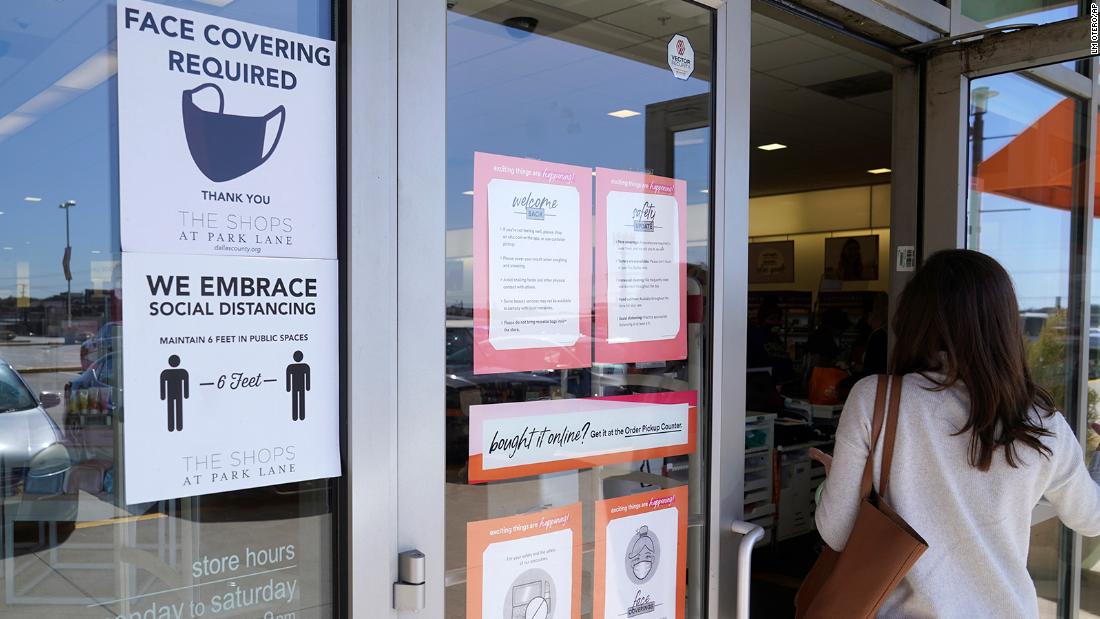 First, case levels are still as bad as they were during a difficult summer. Second, clues increasingly suggest a more transmissible variant is about to cause trouble.

The country has averaged about 57,400 new Covid-19 cases a day over the last week — down 14% from the week before, and way below the country’s pandemic peak of about 255,380 a day in early January, according to Johns Hopkins University data.

But the current level is similar to that of last summer, on either side of a July peak of more than 67,000 new cases daily — and higher than a September valley of 32,500 from which a torrid fall and winter surge launched.

“We were talking about those numbers (above 50,000) back in the summer with horror. We’ve just gotten so used to astonishingly high levels of transmission, and now it’s down to a roar, but it’s still quite a bit,” Dr. Peter Hotez, co-director of the Center for Vaccine Development at Texas Children’s Hospital, told CNN Tuesday.

Dr. Anthony Fauci, director of the National Institute of Allergy and Infectious Diseases, has touted getting daily new cases down to well below 10,000 to lower the risk of surges.

Signs suggesting a highly contagious B.1.1.7 variant that was first detected in the UK could cause another rise in cases is another concern.Dr. Michael Osterholm, director of the Center for Infectious Disease Research and Policy at the University of Minnesota, has said the B.1.1.7 variant is showing up in 30% to 40% of the Covid-19 cases examined in US surveillance checks, up from just 1%-2% just weeks ago. When the saturation reached 50% in Europe, cases surged, he said.

In Houston alone, the variant was found in surveillance testing of wastewater at 21 of the city’s 31 treatment plants on February 8; two weeks later, it was found at 31, the city’s chief medical officer, Dr. David Persse, said Monday.

“With these new variants on the rise, we have to be really cautious. … This is not a time to be relaxing those restrictions,” Hotez said Tuesday.

Dr. Tom Frieden, former director of the US Centers for Disease Control and Prevention, sounded a similar note Monday.

“We’re not done yet, Covid isn’t done with us. The variants are still a risk,” Frieden said. “You don’t declare victory in the third quarter.”

Dr. Chris Murray, director of the University of Washington’s Institute for Health Metrics and Evaluation (IHME), said his team’s projections show “things will slowly but steadily get better.”

“But in our worst scenario, where people stop wearing masks faster, start having gatherings faster, then you can see a surge in April,” he said.

You asked, we answered: Your top questions about Covid-19 and vaccines

Hospitalizations and deaths also have been declining

Covid-19 hospitalizations and deaths also have been dropping.

The number of Covid-19 patients in US hospitals was around 43,100 as of Sunday, according to the Department of Health and Human Services — nearly half the number seen a month ago.

The country has averaged 1,502 Covid-19 deaths a day in the last week — down 22% from the week prior, the the lowest level since November 30, according to Johns Hopkins.

Despite experts’ warnings about the dangers that persist, a series of states last week unveiled plans to loosen Covid-19 restrictions. Wyoming Gov. Mark Gordon announced he will lift the statewide mask requirement and will allow bars, restaurants, theaters and gyms to resume normal operations, starting March 16.

“I ask all Wyoming citizens to continue to take personal responsibility for their actions and stay diligent as we look ahead to the warmer months and to the safe resumption of our traditional spring and summer activities,” the governor said in a statement on Monday.

A face-covering protocol will stay in place for K-12 schools, he added.

Other state leaders, including Texas Gov. Greg Abbott and Mississippi Gov. Tate Reeves also announced earlier this month they were doing away with mask mandates.

Health officials including Fauci and CDC Director Dr. Rochelle Walensky have urged Americans to continue masking up and staying Covid-19 safe even as states move to eliminate restrictions.

While the number of Americans who have been vaccinated grows every day, the country is still likely a few months away from herd immunity — the point at which enough people are protected against a disease that it cannot spread.So far, more than 61 million people in the US have gotten at least one dose of a Covid-19 vaccine, according to CDC data. More than 32.1 million are now fully vaccinated, the data shows. That’s roughly 9.7% of the US population.

About 60% of Americans ages 65 and older, meanwhile, have received at least one dose of a Covid-19 vaccine, CNN analysis of CDC and US Census Bureau data indicates. That’s a notable proportion, because the risk of severe disease and death increases significantly as a person gets older.

The CDC on Monday released new guidelines for fully vaccinated people, saying they can safely visit with others who have been vaccinated, as well as small groups of unvaccinated people in some cases — but safety precautions are still needed.

The CDC also noted its travel recommendations have not changed: it says people should delay travel and stay home. The guidance will continue to be updated, Walensky said on Monday.

Don't Miss it COVID-19 vaccine developed at University of Alberta proceeding to clinical trials
Up Next Tug-of-war between Rajasthan govt, Centre over Covid-19 vaccine supply