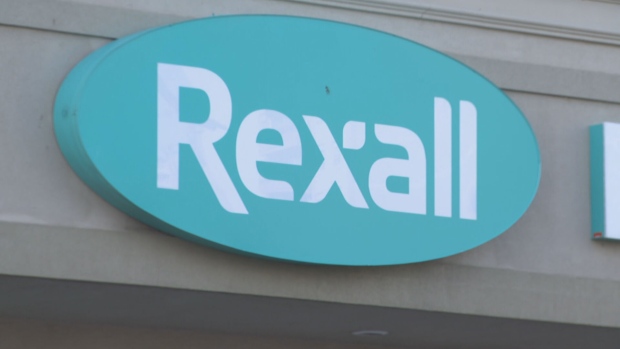 Rexall and Costco will be among the pharmacy chains participating in the rollout of the Oxford-AstraZeneca vaccine in Ontario.

CTV News confirmed that as of last night, the retailers launched a web page to offer online bookings to people between the ages 60 and 64 at select locations in Toronto, Kingston, and Windsor.

On its website, Rexall lists 25 participating locations in Toronto, including pharmacies at College Park, Queen Street and University Avenue, and First Canadian Place in the Financial District. The Birchmount and Sheppard location in Scarborough, as well as the Rexall pharmacy at Cloverdale Mall in Etobicoke, will also be on board for the pilot project, the chain confirmed.

A handful of Costco locations in Ontario will also be administering the AstraZeneca vaccine, including pharmacies in Windsor, Kingston, Etobicoke, North York, and Toronto’s Thorncliffe Park neighbourhood.

Health Minister Christine Elliott said Tuesday that the province plans to unveil a list today of more than 300 pharmacies that will be administering the AstraZeneca vaccine.

Those who are eligible to receive the vaccine will be able to book an appointment at these pharmacies by the end of the week, Elliott confirmed.

The health minister said the 194,000 AstraZeneca doses that Ontario has now received are “time limited” and the province is ensuring that they are delivered as “quickly and efficiently” as possible.

The doses, which will only be provided to people between the ages of 60 and 64 in Ontario, are set to expire on April 2.

As per the advice of the National Advisory Committee on Immunization, the AstraZeneca vaccine is not recommended for people ages 65 and older. The committee says this is due to “limited information on the efficacy of this vaccine in this age group.”

“I think people should understand that as supply has increased, the different kinds of places we are going to be able to administer the vaccine have been increasing as well,” he said.

Hospital sites in Toronto have already been inoculating people who are over the age of 80 but the city says on March 17, it will open three of its mass immunization sites to start vaccinating the oldest members of the community.

“We only were constrained about opening those because we did not have supply, which we will now have I think maybe on the weekend. Similarly, the pharmacies are opening up because of the 194,000 units of AstraZeneca vaccine,” Tory said.

“This was all part of the plan we announced two or three weeks ago.”

Vaccines will go to doctors’ offices in Brampton

When asked about why Peel Region was not included in the pharmacy rollout, Brampton Mayor Patrick Brown said there will be some “good news” coming shortly.

“Don’t assume that we’re not part of that pilot project. I want to respect the ministry’s goal for making announcements and just stayed tuned,” he said during Brampton’s weekly COVID-19 briefing on Wednesday morning.

“I believe you are going to hear some good news in regards to AstraZeneca and the pilot project in Peel very, very soon.”

CTV News Toronto confirmed Wednesday that family physicians in Brampton will be receiving the AstraZeneca vaccine but it is unclear when those doses will flow to doctors’ offices in the city.

Premier Doug Ford is expected to provide more details about the participating pharmacies at a news conference at 1 p.m. this afternoon.

To date, the province has administered just 943,533 doses of a COVID-19 vaccine but the Ontario government has said it hopes to inoculate another nine million people in Phase 2 of its vaccine program, which is set to run from April to July.