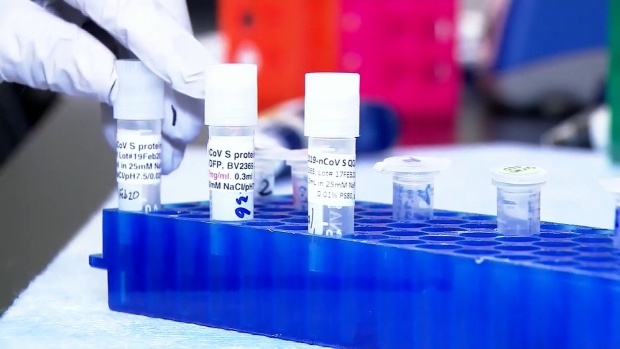 Ontario health officials logged another 1,092 COVID-19 infections on Thursday and 10 more deaths. Today’s daily case count is down from 1,316 on Wednesday and 1,185 on Tuesday but up from 994 one week ago.

While the rolling seven-day average of new infections in Ontario has climbed to 1,251, up from 1,064 last Thursday, the average daily death toll is now down to 12, declining from 15 at this point last week.

For the first time in several days, one of the deaths reported today involves a resident of a long-term care home. There have been a total of 313,520 confirmed cases of COVID-19 and 7,109 virus-related deaths in the province since COVID-19 first arrived in Ontario.

With 60,619 tests completed over the past 24 hours, the provincewide positivity rate is now 2.4 per cent, according to data released by the Ministry of Health. That is up slightly from 2.1 per cent last week.

Health officials say there are currently 680 people with COVID-19 who are receiving treatment in hospital, a number that has remained relatively flat over the past couple of weeks. The province says there are 277 COVID-19 patients currently in intensive care.

Data released by local public health units puts the number of hospitalizations at 814.

Thirty-five more cases of the more transmissible B.1.1.7 variant were confirmed today through full genome sequencing, bringing the total number of cases to 956. Thousands of additional cases have screened positive for a variant of concern in the province but the lineage has not yet been determined. Officials have said that variant cases likely account for about 40 per cent of all new cases in Ontario.

The province announced Thursday that it has now administered one million COVID-19 vaccine doses and it preparing for Phase 2 of its vaccination plan, where an estimated nine million Ontarians will receive their first shot between April and July.

After a sluggish start to its vaccination program, the head of the province’s COVID-19 vaccine distribution task force said Wednesday that an increase in supply will allow Ontario to administer another one million doses in the month of March.

This week, select pharmacies in Toronto, Windsor, and Kingston have begun to offer COVID-19 vaccinations to people in their early 60s.

Although people in that age group were not initially supposed to be part of the Phase One rollout, the AstraZeneca doses are being made available to people between the ages of 60 and 64 based on the advice of the National Advisory Committee on Immunization.

The committee said the AstraZeneca vaccine is not recommended for people ages 65 and older due to “limited information on the efficacy of this vaccine in this age group.”

In an effort to make use of the 194,000 AstraZeneca doses Ontario has now received, people in their early 60s who live in Toronto, Hamilton, and Kingston can book appointments at one of the 325 participating pharmacies.

Primary care physicians in Hamilton, Peel Region, Simcoe-Muskoka, Peterborough, Guelph, and Toronto are also being given access to AstraZeneca doses and the province says individual doctors in those regions will be reaching out to patients who are eligible to receive their first dose.

Doses of the Pfizer-BioNTech and Moderna COVID-19 vaccines will still be used to inoculate older members of the community who have been identified as a priority for vaccination in Phase One.

The numbers used in this story are found in the Ontario Ministry of Health’s COVID-19 Daily Epidemiologic Summary. The number of cases for any city or region may differ slightly from what is reported by the province, because local units report figures at different times.