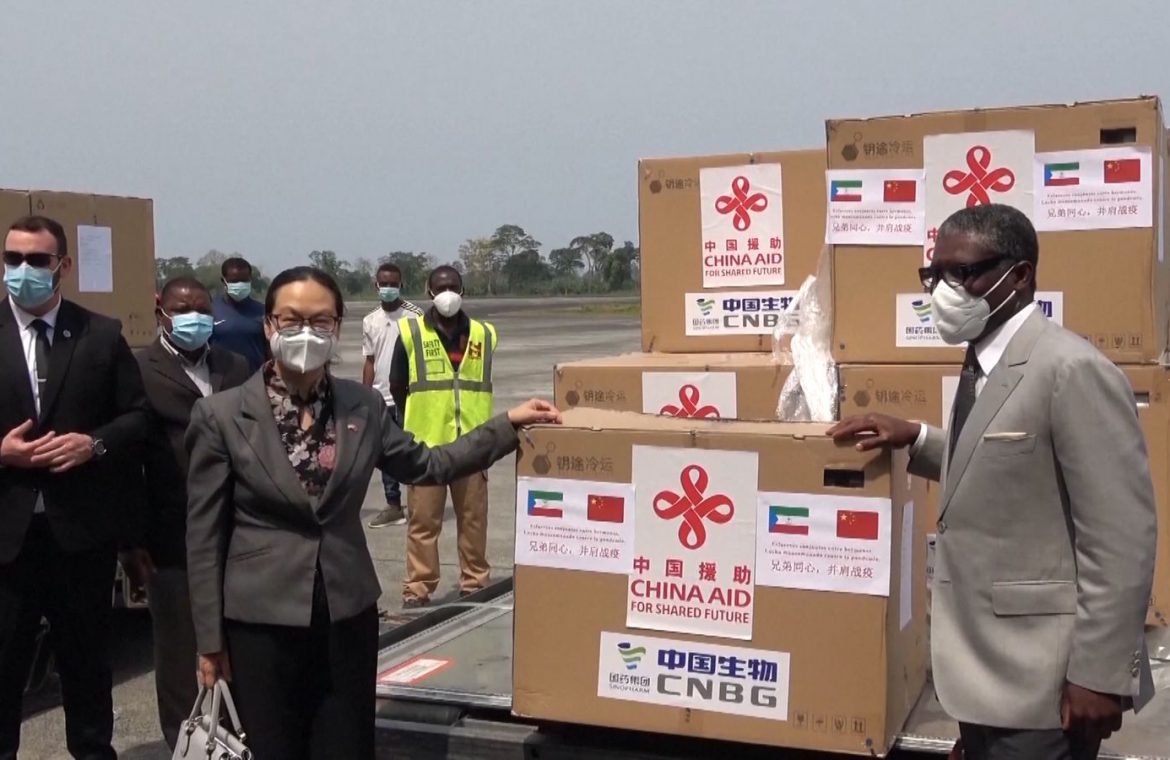 China’s “vaccine favouritism” could be damaging public health efforts amid the COVID-19 pandemic, a leading expert has told Sky News.

China has pledged to donate coronavirus vaccines to 53 countries and export them to 27 more, according to state media, which has celebrated the deliveries.

But critics have accused the country of engaging in vaccine diplomacy – cherry-picking recipient countries to win political influence.

“If you choose countries where you work closer, or has strategic importance to you, then from the geopolitical perspective it can cause your competitors to go against these initiatives,” Dr Jennifer Bouey, professor of health equity at Georgetown University, told Sky News.

“So some of the news we recently found is that different countries are trying to discredit each other’s vaccine efficacy. From a public health perspective this is quite damaging.

“We’re in a pandemic, we’re seeing new mutated [variants] coming out, we really need to put a control on the pandemic as soon as possible.

“So that really needs all the vaccines that are available. So either vaccine nationalism or vaccine favouritism can be damaging to this effort.”

Image:
China is estimated to produce 4.3 billion doses of different vaccines by the end of 2021

What stage in development are China’s vaccines at?

China has been at the forefront of COVID-19 vaccine development.

It started vaccinating some citizens as far back as last summer under emergency use approval.

The country is estimated to produce 4.3 billion doses of different vaccines by the end of 2021.

The two major vaccines developed in the country are by Sinopharm and Sinovac, but another three Chinese-made vaccines are in the testing stages.

However, none of its major vaccine companies have published full clinical data for the safety and efficacy of their inoculations.

Image:
Sinopharm is one of two vaccines produced by China that has been cleared for use

Only headline efficacy figures have been published. In December, state-owned company Sinopharm said its vaccine was 79% effective.

Figures for the vaccine made by Sinovac range from 50.4% to 91.25%, based on studies carried out in different countries and published by researchers there.

“The concern for now is that we haven’t seen any peer reviewed publication from these phase three trials,” Dr Bouey said.

“I assume eventually we’ll get transparency in terms of this data.”

Which countries are using Chinese vaccines?

China has made many bilateral agreements with other countries to supply vaccines. But Dr Bouey said these arrangements come with “some risk” given the lack of transparent trial data.

Indonesia has received 38 million doses of the Sinovac vaccine, making it the single largest recipient of Chinese jabs, according to Beijing-based company Bridge Consulting.

Serbia and Hungary have also purchased Chinese vaccines, despite the latter being part of the EU’s vaccination scheme.

At the same time as it is exporting vaccines China is also seeking to immunise its own population. According to the latest public figures, 52.52 million doses have been administered.

That means proportionally China is lagging behind the UK and US, although it does not face the same pressure to vaccinate quickly given that it has effectively controlled COVID-19.

The country aims to vaccinate 40% of its population by the end of June.

Don't Miss it Locally produced doses of AstraZeneca vaccine to begin rolling out soon | 7.30
Up Next Coronavirus vaccine supplies from overseas ‘a lot less than anticipated’, Scott Morrison concedes