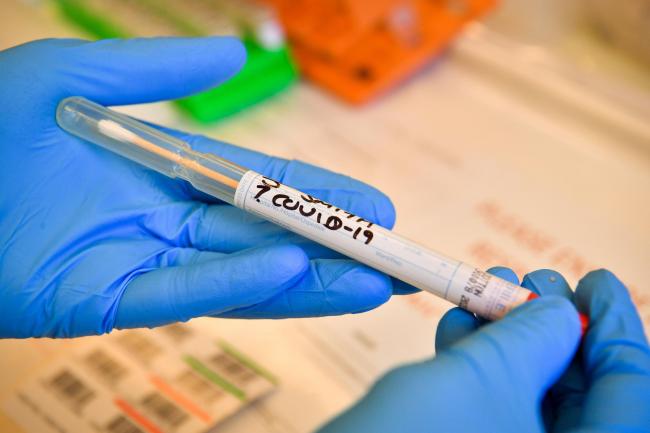 There have been 484 new cases of Covid-19 reported in Scotland in the past 24 hours.

According to Scottish Government statistics, there have been two deaths in the same period.

Public Health Scotland has said 1,888,697 people in the country had received the first dose of a Covid-19.

It added that 160,038 people have received the second dose.

It comes as Scottish Secretary Alister Jack has said the UK’s coronavirus vaccine programme is a “truly astonishing achievement”.

The UK Government minister told the Scottish Conservative conference the UK’s vaccination programme is the “envy of the world”.

He added: “Our military personnel played a pivotal role in the planning and logistics to get vaccines where they were needed and they were literally at the sharp end, too – administering the life-saving vaccines.

“Along with thousands of key workers and volunteers, they truly are the best of British.”

Meanwhile in Ireland, use of the AstraZeneca Covid-19 vaccine could be temporarily suspended, after serious blood clotting has been recorded in Norway.

The European Medicines Agency (EMA) reported one person in Austria was diagnosed with blood clots and died 10 days after vaccination, but it stressed there is “currently no indication that vaccination has caused these conditions”.

READ MORE: Rollout of AstraZeneca vaccine in Ireland ‘should be suspended’ amid reports of serious blood clotting

Another person was admitted to hospital in Austria with pulmonary embolism (blockage in arteries in the lungs) after being vaccinated, while one death involving a blood clot was reported in Denmark.

A 50-year-old man is also thought to have died in Italy from deep vein thrombosis (DVT), while there has been an unconfirmed report of another death in Italy.

Denmark, Norway and Iceland have said they are temporarily halting all AstraZeneca vaccinations to investigate the reports.

Italy also followed Austria, Estonia, Latvia, Luxembourg and Lithuania in banning jabs from one particular batch of one million AstraZeneca vaccines, which was sent to 17 countries, after reports of a death.