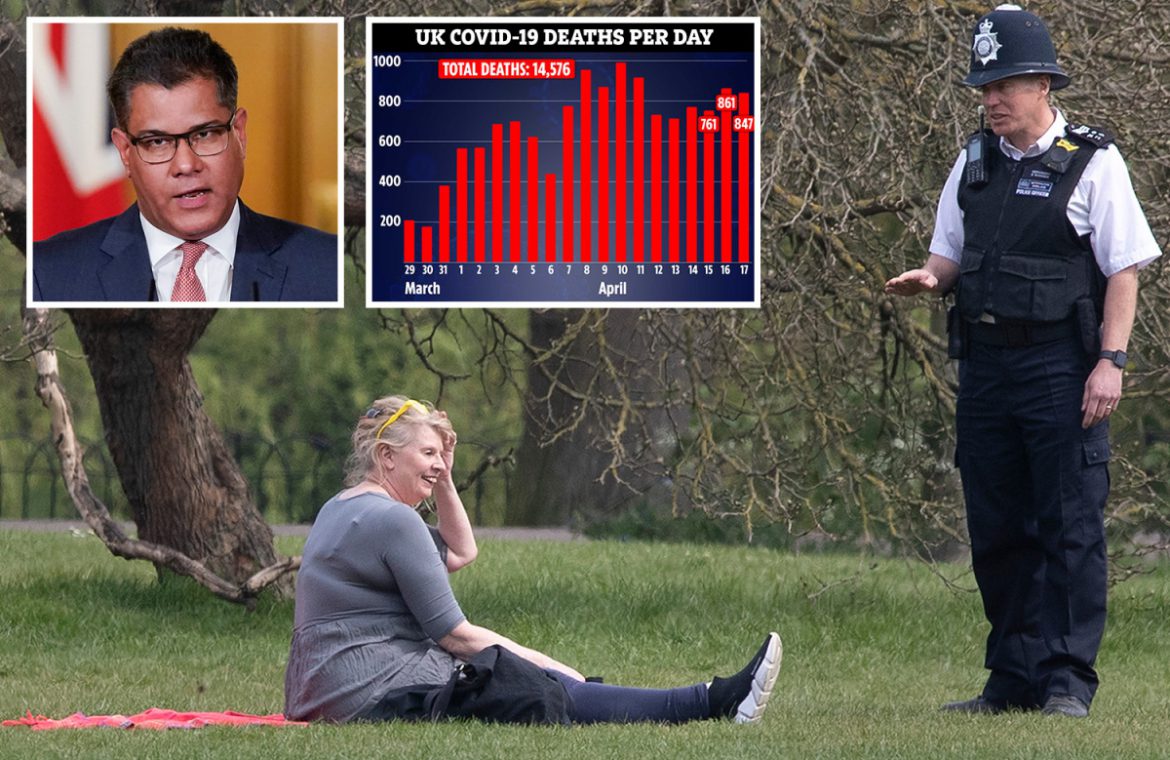 MINISTERS have been accused of “treating the public like children” after refusing to discuss an exit strategy from the coronavirus lockdown.

Brits will remain in lockdown for another three weeks to slow the spread of coronavirus – with the UK government reportedly two weeks away from announcing how the country will emerge from the drastic measures.

There has been growing pressure on the government to outline its plan, with economic paralysis wreaking havoc on jobs and businesses.

He told the Times: “The Government is going to have to accept and admit we are coming out of lockdown.

“We need to trust the British people and not treat them like children. We must respect their common sense. They need to know that the sun is rising at some point in an economic sense.”

And Tobias Ellwood, chairman of the defence select committee, added: “Communication is critical in keeping people on board. You need to educate the nation about what to expect in the next phase. That is the conversation we can start to have now.”

Nicola Sturgeon yesterday also threw her support behind setting out a strategy to the public.

Transport Secretary Grant Shapps said any such blueprint will take another fortnight, but the SNP’s leader insists she wants to level with the public over the lockdown.

She told BBC Radio 4’s Today show: “What I’m going to try to do is set out the decision-making framework that we’re operating in, so that we are treating the public like grown-ups that they are.”

But some ministers have hit back – with business secretary Alok Sharma last night flagging concerns that laying out the options to the public could risk “muddying the waters”.

The UK death toll yesterday reached more than 14,000 with more than 108,000 infections up and down the country.

It came after Mr Raab announced yesterday the UK’s lockdown would last another three weeks, but failed to outline an exit strategy.

“It feels as though they’ve been in a position probably for a week or 10 days now where it’s been difficult for the Government to make big decisions.

“And I think there’s a bit of that lying behind this as well.

“I suspect, although I don’t know, that Dominic Raab is just reluctant – he probably does know that it’s time for an exit strategy – but he’s probably reluctant to sign it off without the Prime Minister and I think there’s a bit of that in the mix.”

The UK government must review the lockdown every three weeks by law to assess whether the rules are working.

But it is already having a savage impact on jobs, with around a million out-of-work Brits trying to claim Universal Credit since the shutdown started last month.

Two in three construction firms are set to fold by June unless the government steps in to help, with firms begging for clarity amid confusion on when the lockdown will end.

Mr Shapps indicated the UK government needed to wait at least two weeks until the end of April to hear from medical and scientific advisers before giving “greater clarity”.

He told LBC radio: “We’ve said now that this three-week period will contain a review by the scientists at the end of this month, so that’s actually only two weeks away, whilst they’ll be reviewing this.