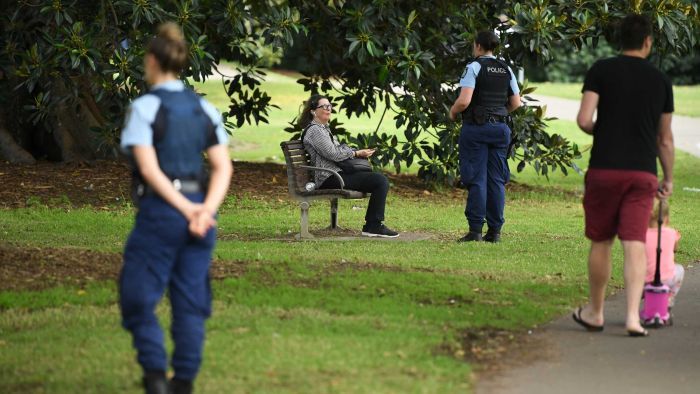 Hundreds of economists have cautioned the Morrison Government against relaxing social distancing measures too early, warning such a move could cause unnecessary loss of life and impede Australia’s economic recovery.

Key points:Hundreds of economists have urged the Government to ignore calls to relax coronavirus restrictions in AustraliaAn open letter said the hit the economy has taken is “far outweighed” by the lives saved by avoiding an unmitigated contagionIt said a second outbreak would also be “extremely damaging to the economy”

It comes as debate heats up about the wisdom or otherwise of relaxing Australia’s social distancing measures as the rate of community transmission of COVID-19 falls.

Health officials have said the key to preventing Australia’s health system from being overwhelmed by severe coronavirus cases is to keep community transmission of the disease low until a vaccine is discovered, providing one is successfully developed.

However, with the rate of community transmission continuing to trend downwards, there are growing calls for Australia’s strict social distancing measures to be relaxed.

Economists expect next month’s unemployment figures will show a huge spike in job losses, with millions of Australians either having lost their jobs or experiencing reduced hours.

A new household survey from the ABS estimates that around 1.6 million people lost their incomes from work between early March and the first week of April.

The Grattan Institute think tank has also warned, in a new report, that between 1.9 million and 3.4 million people could be out of work in coming weeks — with the unemployment rate potentially hitting 15 per cent — as a consequence of the COVID-19 shutdown.

“If our estimates are even close to accurate, Australia is facing either the worst or one of the worst economic downturns in its history,” the paper warned.

“The longer the downturn goes, and the worse it gets, the less likely the labour market can spring back afterwards.”

The Federal Government has signalled it will start easing some restrictions next month, depending on the health situation.

However, the open letter from economists cautioned the Morrison Government and state premiers not to lift social distancing measurers too early, saying it could undermine the good work that has already been done:

“We cannot have a functioning economy unless we first comprehensively address the public health crisis.

“The measures put in place in Australia, at the border and within the states and territories, have reduced the number of new infections.

“This has put Australia in an enviable position compared to other countries, and we must not squander that success.

“We recognise that the measures taken to date have come at a cost to economic activity and jobs, but believe these are far outweighed by the lives saved and the avoided economic damage due to an unmitigated contagion.

“We believe that strong fiscal measures are a much better way to offset these economic costs than prematurely loosening restrictions.

“It is vital to keep social-distancing measures in place until the number of infections is very low, our testing capacity is expanded well beyond its already comparatively high level, and widespread contact tracing is available.

“A second-wave outbreak would be extremely damaging to the economy, in addition to involving tragic and unnecessary loss of life.”

On Monday, New South Wales Premier Gladys Berejiklian said NSW recorded six new cases of the virus over the past 24 hours which, even though low, highlighted how important it was not to relax too much, too soon.

“We are pleased with the trends and remaining consistently low is our challenge,” she said.

“Maintaining that low consistency is really important, as is making sure we reduce that community-to-community transmission because that is what can cause a flare-up.

“We have to stay vigilant because when you stop trying hard, it can spread very quickly and that’s the last thing we want.”

Don't Miss it There are 4 requirements for reopening the U.S. amid COVID-19. Americans won’t tolerate all of them.
Up Next Coronavirus global death toll surpasses 10,000 +++ California on lockdown | DW News