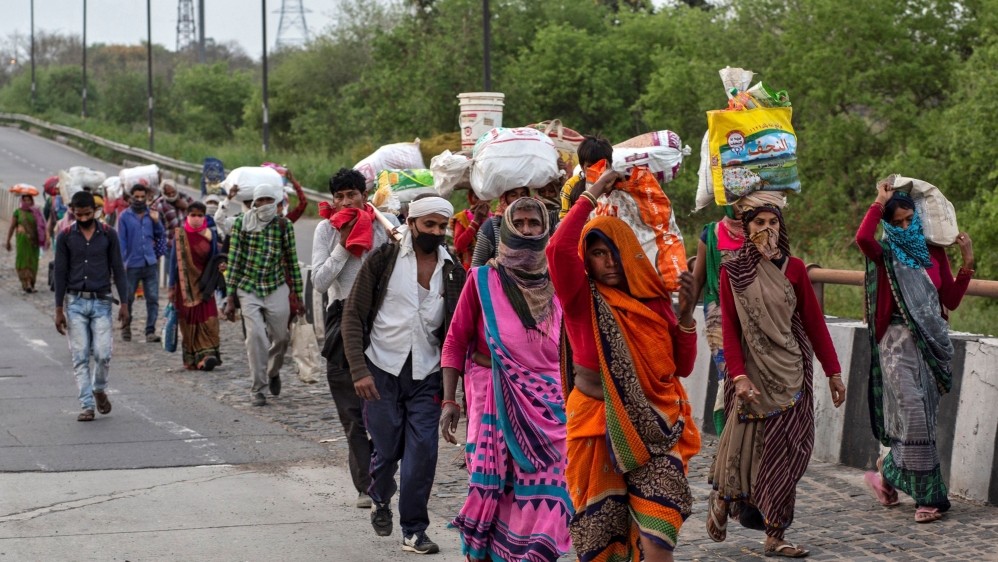 More than 2.5 million people around the world have been diagnosed with the coronavirus. More than 170,000 have died, with the US accounting for about a quarter of all deaths, according to data compiled by Johns Hopkins University.
The United Nations is warning global hunger could double as a result of the coronavirus pandemic, putting 265 million people at risk.
Singapore has extended a month-long lockdown that the government has dubbed a “circuit-breaker” until June 1 after a surge in cases.

Saudi king Salman has approved performing the Tarawih at the two holy mosques, but entry for pilgrims will remain suspended, the Presidency of the Two Holy Mosques Affairs said in a statement on Wednesday.

Saudi Arabia is planning to ease curfew hours imposed in several cities because of coronavirus during the fasting month of Ramadan, which is due to start this week.

Find out more about this year’s unprecedented Ramadan here.

China is accusing Australia of taking instructions from the US in its criticism of China’s response to the coronavirus, after home affairs minister Peter Dutton called on China to be more transparent about the outbreak.

“It is well known that recently some people in the US including high level officials have been spreading an anti-China ‘information virus’,” a spokesperson from China’s embassy in Canberra said in comments posted to its website.

“These days, certain Australian politicians are keen to parrot what those Americans have asserted and follow them in staging attacks on China.”

China and South Korea have both reported their latest data on the coronavirus.

China reported 30 new cases on the mainland, 23 of which involved people returning from overseas. The National Health Commission also said the number of asymptomatic cases rose to 42, from 37 the previous day.

In South Korea, the Korea Centers for Disease Control and Prevention says the country had 11 new cases, the fourth day in a row where the number has been below 15. Six of the cases were among overseas travellers.

Netflix says it has more than doubled its own projections for new customers as people living under lockdowns turned to the streaming giant to keep them entertained.

Netflix says subscribers jumped by 15.8 million in the three months from January to March. It earlier predicted  the number of paying customers would rise by seven million.

New York Governor Andrew Cuomo says he had a “productive” meeting with US President Donald Trump and that the state was aiming to double its coronavirus testing to 40,000 tests a day.

I had a productive meeting with President Trump today.

We agreed that the state will be responsible for managing the actual tests in our laboratories.

The federal government will take on the responsibility of supply chain issues that are beyond states’ control.

Cuomo and Trump met on Tuesday and the president agreed the federal government would help procure the chemical reagents needed to ramp up testing.

Hello and welcome to Al Jazeera’s continuing coverage of the coronavirus pandemic.

Read all the updates from yesterday (April 21) here.